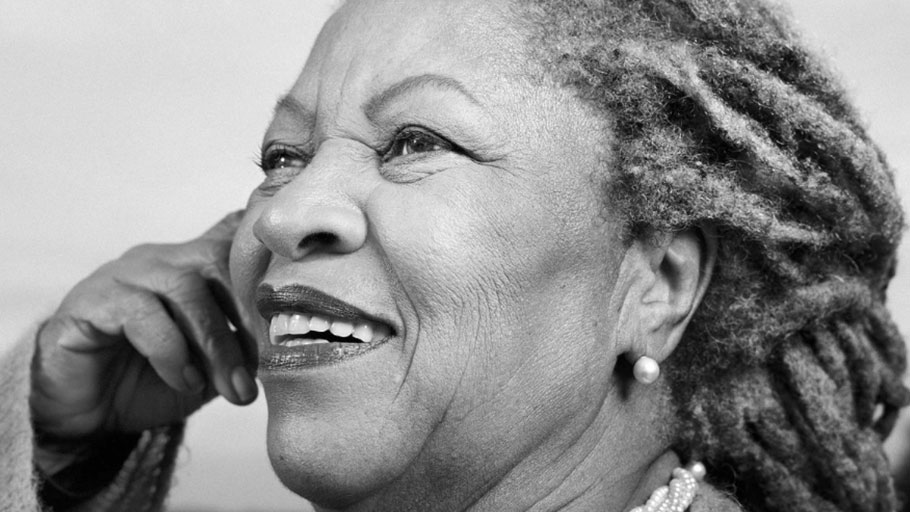 A Tribute for Toni Morrison

You Are Here: Home » Blog » Editors' Choice » A Tribute for Toni Morrison

An ensemble of luminaries, mainly writers and musicians, shared their memories and reflections of the esteemed author Toni Morrison on Thursday at the Cathedral Church of St. John the Divine. The church was packed to the rafters for the tribute to Morrison who made her transition on August 5. She was 88.

This collection of voices and impressions in their separate ways provided a loving profile of Morrison’s literary impact, her vision and her way of capturing the mosaic American experience, particularly the complexities and passions of Black life.

As one writer noted, her prose was often poetic, capturing the brutal exigencies of bondage and oppression. To her good friend and associate Oprah Winfrey, Toni “took the canon and broke it open.” That aperture was never more apparent and engrossing than in her novels—Beloved, Song of Solomon, Sula, and her extraordinary debut The Bluest Eye.

She recalled meeting her at Maya Angelou’s house during a party in 1993 to celebrate her receiving the Nobel Prize. “My head and my heart were swirling,” Winfrey said. “Every time I looked at her I couldn’t even speak. I had to catch my breath.”

The more than 3,000 in the church often had to catch their breath after a searing tonal romp by tenor saxophonist David Murray; vocalist/guitarist Toshi Reagon’s soulful folk-spiritual moment; the expressive ripples of Brandee Younger’s harp, and Andy Bey’s moving version of “Someone to Watch over Me.”

For novelist Jesmyn Ward, Morrison not only watched over us, but “we wandering children heard Toni Morrison’s voice, and she saved us.” Activist/scholar Angela Davis may have been one of those wandering children when she recounted how Morrison made her and her coterie able t find “themselves through” and “because of and in relation to Toni and her work.” Davis said she often referred to her as her “sister.”

Her trove of work was by any standard remarkable, including more than a dozen books that she either wrote or edited. Rarely mentioned is The Black Book, an encyclopedic tour of the African American experience, in which she wrote the Preface and Foreword.

Her skills as an editor were fondly recounted by David Remnick of The New Yorker magazine. Morrison he said, “…wanted to write about Black people, for Black people, in the various language of Black people…she was there to assert the primacy, specificity of African Americans…and not go around explaining it all the time to everyone else.”

Kevin Young, poet and at the helm of the Schomburg Center, relished that time as a student when he had a chance to sit literarily and figuratively at the feet of the great writer. “She gave us permission to work, rather than argue about whether we could write or agree to exist at all,” he said.

Another writer of Young’s generation, the acclaimed Ta-Nehisi Coates said he was in the process of catching up with Morrison’s powerful impact. He said she has been “bestowing lessons on me my entire life.” Among the tribute’s most humorous recitations were those by Morrison’s close friend Fran Lebowitz, who told the audience that Morrison was impervious to criticism and so she was given the “task of holding Toni’s grudges for her.”