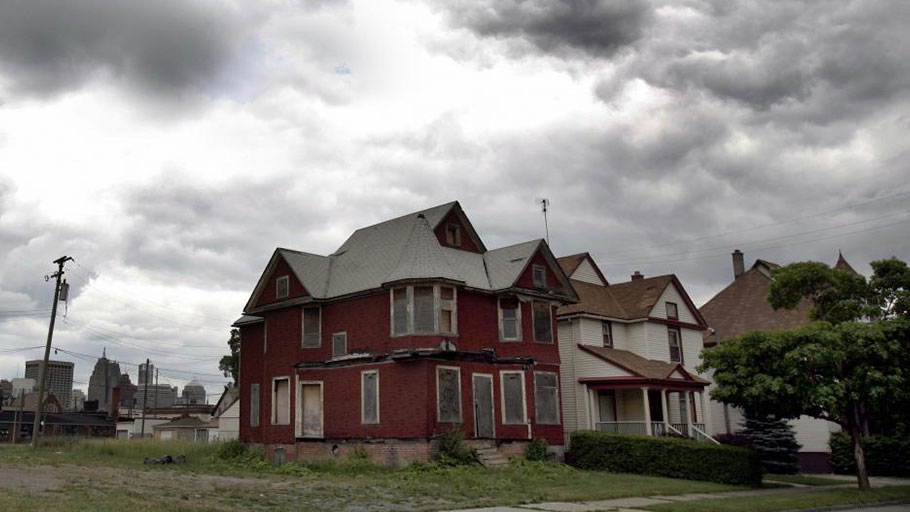 Decades after the civil rights movement, African Americans still hold a fraction of the wealth of white Americans. Why? Here’s everything you need to know:

How big is the gap?

It’s staggering. The net worth of a typical white family in 2016 — including home, retirement accounts, and all assets — was nearly 10 times greater than that of a Black family, at $171,000 to $17,600. This gulf even includes African Americans whose households are headed by college graduates, who actually have less net worth than white households headed by high school dropouts. Wealth begets wealth through generations, and African Americans have missed out on that transfer for centuries. Just 8 percent of Black families receive an inheritance from parents or grandparents. For someone with no ­buffer of savings and no family member who can help, any financial emergency — a sudden illness or job loss — is a catastrophe.

How did the gap start?

After the Civil War, Reconstruction was supposed to begin making up for the hundreds of years of slavery during which African Americans had wages, property, and even spouses and children stolen from them. But the “40 acres and a mule” promised by Gen. William Sherman was yanked away by Abraham Lincoln’s successor, President Andrew Johnson, and the little land that had been parceled out was returned to the white former slaveholders. Most Blacks in the South after the war were forced to toil as sharecroppers, perpetually in debt to white landowners. Blacks who managed to succeed despite all this fell victim to white terrorism, as in the 1898 Wilmington, North Carolina, massacre that wiped out a Black-led government in the nation’s only successful coup, or the 1921 Tulsa massacre in which jealous whites attacked, burned, and even bombed from the air a thriving neighborhood known as Black Wall Street. With segregation and Jim Crow laws depriving them of the vote and of economic opportunity, many Blacks abandoned the South in the Great Migration, only to find more-subtle discrimination waiting in the North.

What kind of discrimination?

The New Deal was meant to help the poor across America, but it had racism baked into it. Rather than overturning racial covenants that kept Blacks out of desirable neighborhoods, the new Federal Housing Administration promoted them. The government Home Owners’ Loan Corporation marked majority-Black districts in red on maps, so banks would not extend government-insured loans there — suppressing both Black homeownership and business development. The corrosive effects of that “redlining” persist to this day. After World War II, the G.I. Bill, which paid for college or vocational training for veterans and offered subsidized mortgages, was administered by the states, which funneled the benefits away from Blacks. And the 1956 Federal Highway Act that helped create the suburbs bulldozed and isolated black neighborhoods, creating ghettos.

The 1964 Civil Rights Act prohibited discrimination and strengthened voting rights and the desegregation of schools. But even as it “struck down legal barriers,” says historian Leon Litwack, “it failed to dismantle economic barriers.” The wealth gap was already so large that even if Blacks were paid the same as whites for the same job — and they were not — they were unable to catch up. Meanwhile, the era of mass incarceration had begun. By the 1980s, Black men were 11 times as likely to be incarcerated as whites, thanks partly to laws punishing use of crack cocaine an order of magnitude harsher than powder cocaine, which was favored by wealthier whites. Our educational system also perpetuates Black poverty: Unlike in most other advanced nations, schools are funded locally and are tied to the local tax base, which means that people growing up in poor neighborhoods go to inadequate schools. Far from shrinking, the racial wealth gap has in fact grown over the past few decades, particularly after the 2008 financial crisis, which wiped out much of the progress blacks had made. While median white household incomes rose by a third from 1983 to 2016, typical Black household incomes actually dropped by 50 percent.

But don’t some Black people succeed?

Yes, but individual efforts to “bootstrap” one’s way up the economic ladder face enormous obstacles. A 2019 Georgetown University study showed that wealth in youth is a better predictor of success than intelligence. Racism in hiring persists, as numerous studies have shown that pit a résumé with a “Black-­sounding” name against a similar one with a white name. Marriage and stable families help create wealth, and married Black women have more wealth than single Black women. But many Black men with low incomes do not feel marriageable; moreover, a 2017 DuBois Cook Center study showed that wealth differences persist between the races despite marriage status. Structural racism leaves African Americans trapped in a wealth gap that is actually widening, not narrowing. “It is as though we have run up a credit-card bill and, having pledged to charge no more, remain befuddled that the balance does not disappear,” Black writer and intellectual Ta-Nehisi Coates said in The Atlantic. “The effects of that balance, interest accruing daily, are all around us.”

How COVID-19 worsened the gap

When the coronavirus hit this year, Black Americans were still reeling from the 2008 financial crisis. That downturn had wiped out 53 percent of all Black wealth, largely because subprime lenders had targeted Black communities with loans on bad terms. Then came the COVID-19 shutdown. While 22 percent of all U.S. businesses shuttered between February and April this year, 41 percent of Black-owned businesses closed. Many African-American business owners couldn’t access the Payroll Protection Program, because loans tended to go to large firms that had existing relationships with major banks. One study found that white owners who went in person to a bank to ask for a PPP loan fared much better than Black owners who did so, even when the Black owners had better financial profiles. And many Black-owned businesses are sole proprietorships, which weren’t covered. As a result, fewer than half of all African-American adults now have a job. “The pandemic is falling on those least able to bear its burdens,” said Federal Reserve Chair Jerome Powell. “It is a great increaser of inequality.”