You Are Here: Home » Commentaries/Opinions » Why African Americans Were More Likely to Die During the 1918 Flu Pandemic 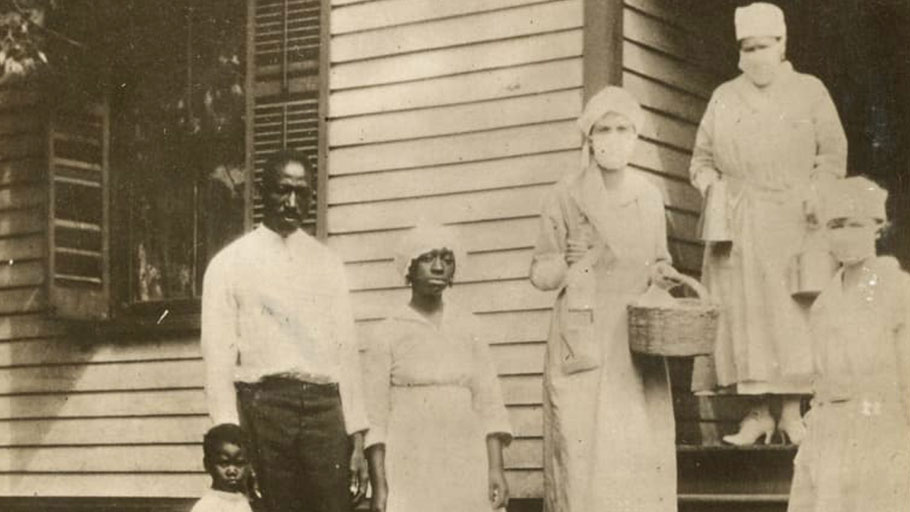 By Rodney A. Brooks —

When it came to getting healthcare during the 1918 influenza epidemic, America’s Black communities, hobbled by poverty, Jim Crow segregation and rampant discrimination, were mostly forced to fend for themselves. Opportunities for hospital care proved scarce, leaving many relying on family care and, where available, the small but burgeoning ranks of Black nurses.

When the 1918 influenza epidemic began, African Americans were already beset by a barrage of social, medical and public health problems, asserts Vanessa Northington Gamble, a physician and medical historian at George Washington University. Among the challenges she identified in her 2010 study of the African American experience of the 1918 flu pandemic: “racist theories of black biological inferiority, racial barriers in medicine and public health, and poor health status.”

Some 675,000 people were infected in the United States and 500 million worldwide during the 1918 pandemic, according to estimates from the Centers for Disease Control and Prevention. Accurate numbers showing how many African Americans contracted the disease—or succumbed to it—aren’t available; records remain scarce, since so few of those victims had contact with institutional healthcare providers or agencies.

Some research suggests African Americans may actually have been less susceptible to catching the 1918 influenza virus. “One of the theories we advance is that segregation was functioning somewhat as a quarantine,” says Lakshmi Krishnan, a physician and medical historian at Georgetown University, who co-authored a paper comparing racial disparities in COVID-19 relative to the 1918 flu pandemic. Since pandemics “have always disproportionately affected Black, indigenous and Latinx people,” she says, that made the 1918 influenza “a bit of an anomaly” from an epidemiology perspective.

Most Hospitals Turned Away Black People

But while African Americans were less likely than white Americans to contract the disease, they were far more likely to die from it if they did catch it.

The key reason: Black Americans received substandard care in segregated hospitals—if they could even be admitted. “Not many hospitals accepted Black Americans, and those that did sent them to the basement for care,” says Marian Moser Jones, a public health scholar at the University of Maryland. There, they likely languished in rooms unintended for patient treatment, receiving neither the full resources nor timely medical attention white patients received in the main wards.

Only a small number of Black hospitals existed at the time—and only in large metropolitan areas. They included Freedman’s Hospital (now Howard University Hospital) in Washington, D.C., Provident Hospital in Chicago (the nation’s first Black owned and operated hospital) or Lincoln Hospital in New York City. And while pioneering in the training of African American doctors and nurses—Provident, for example, was the first nursing school in the nation—they tended to be understaffed and under-resourced relative to the white hospitals.

Most African Americans ended up being treated in their homes by family members and midwives. The cramped and difficult living conditions driven by poverty, racism and discrimination made caring for loved ones—and avoiding spread of the infection—challenging. “African Americans did not have the funds for a private day nurse,” says Jones. “This was before health insurance. So many people suffered and died at home, or suffered and survived at home.”

Communities Tried to Care for Their Own

Health historians paint a picture of heroic efforts by handfuls of Black nurses and physicians working to serve their community. They also acknowledge the role of black churches, women’s groups, newspapers and community leaders in stressing education and prevention, and in mobilizing local volunteers.

“There was a very community-driven response to secure the health of Black people who were ill and to also to make sure they realized that this was a serious illness,” says S. Michelle Ogunwole, general internal medicine fellow at the Johns Hopkins School of Medicine and co-author of “Historical Insights on Coronavirus Disease 2019.”

One example: The National Urban League implemented grassroots neighborhood programs to try to help Black Americans living in cities. According to Gamble’s report on the epidemic, it hired a trained nurse in Columbus, Ohio to provide free home care to influenza victims. The Chicago branch organized volunteers to serve the same function. In one case, the report states, volunteers arrived at a home where a mother and her five children were stricken, only to discover that two of the children had already succumbed. “The volunteers cleaned the home and also summoned a nurse.”

Baltimore’s Black community was hit early and hard—with higher infection rates than in other cities, says Jones. With cemeteries full and caskets piling up, the city called in sanitation workers to help handle the backlog. When they refused, the mayor asked for help from the War Department, which sent in more than 300 African American soldiers—who were always detailed, Jones says, to “the most undesirable, gruesome and most labor-intensive jobs.” 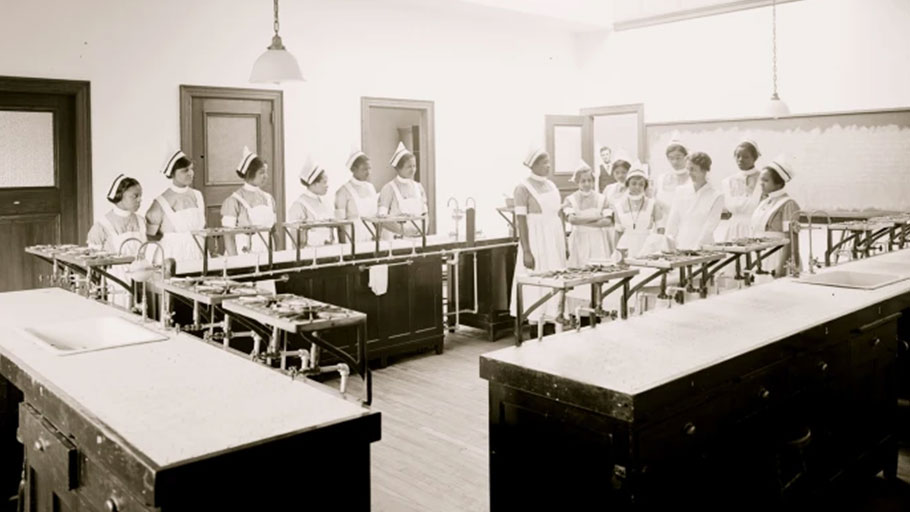 Black nurses played a major role in the caring for the Black community’s stricken, despite facing discrimination. Southern nursing schools denied them entrance, while Northern schools admitted them in token numbers. After the U.S. entered World War I, the Army and the American Red Cross turned Black nurses away when they tried to volunteer, Jones says.

“By the time the flu came around, there were almost 3,000 Black women who had top-notch training that rivaled those of white nurses,” she adds.

But eventually, as more white nurses shipped overseas to military hospitals in Europe during World War I, and the pandemic took hold, a nursing shortage developed at home. “Many [African American nurses] were called up to serve in hospitals, private day nursing and in military hospitals, where they had previously been excluded,” says Jones, who wrote about their efforts in a study on Black nurses during the 1918 flu pandemic.

Among them: Frances Reed Elliott, the first Black nurse enrolled into the Red Cross nursing service. Sent to rural Tennessee to finally fulfill her hard-fought dream of working in healthcare, she reportedly learned to drive a car in a single day so she could make house calls to patients in both Black and white communities. After several months of service there, she eventually contracted influenza herself and was admitted to Washington, D.C.’s Freedman’s Hospital—where she had completed her training. Elliott recovered and went on to a long career in public health.

When the influenza pandemic ended, it didn’t lead to any public health or medical initiatives to improve the poor health status of Black Americans, says Gamble. Nor did it lead to changes in opportunities for Black health professionals—with very few exceptions.

“They remained segregated in the Black medical world.”