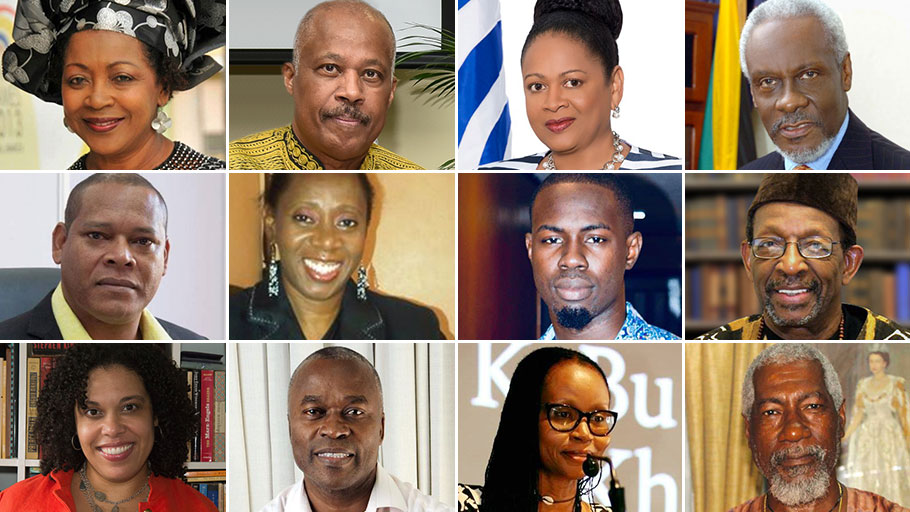 October 12, 2020 — The Centre for Reparations Research and the University of the West Indies presents it’s 3rd Anniversary Symposium “The Indigenous Peoples and Colonising Deformities: Africa, the Americas, and the Caribbean after 1942”.

Italian explorer and navigator Christopher Columbus arrived in the Americas on Oct. 12, 1492. In 1494, he launched the trans-Atlantic slave trade, sending enslaved native peoples from the Caribbean to Spain, and forcing them to find gold in Hispaniola.

Shortly after, the Spaniards brought kidnapped and enslaved Africans to the Americas and coerced them ruthlessly to work in the mines and in the harvesting of sugar cane.

The native peoples resisted these aggressions and fought back in every way they could but they were ultimately vanquished and most were wiped out in brutal campaigns of genocide and by deadly diseases brought to the Americas by the European colonizers.

Today, Oct. 12 is commemorated as “Indigenous Peoples’ Day” across the Americas, and also as “International Reparations Day” in the Caribbean and around the world. In the United States it is a public holiday known as “Columbus Day.”

To celebrate its third anniversary and to pay homage to the native peoples and the enslaved Africans who suffered and perished in the centuries following Columbus’s voyages, the Centre for Reparation Research (CRR) at the University of the West Indies (UWI) will present a virtual symposium on Oct. 12 around the theme, “The Indigenous Peoples and Colonising Deformities: Africa, the Americas and the Caribbean after 1492”.

The symposium will be moderated by Prof. Verene Shepherd, Director of the CRR and will feature a high-powered panel of guest speakers that include the Hon. P J Patterson, former Prime Minister of Jamaica and Statesman-in-Residence at the UWI; Prof. Sir Hilary Beckles, Vice Chancellor of the UWI and Chair of the CARICOM Reparations Commission; and Amb. June Soomer, Secretary General of the Association of Caribbean States and a member of the Saint Lucia Reparations Committee.

Other guest speakers are Hon. Cozier Frederick, a cabinet minister in the Government of Dominica with responsibility for Kalinago Upliftment; Mrs. Laleta Davis-Mattis, chair of Jamaica’s National Council on Reparations and Mr. Kibwe Copeland, President of IKEMBA Youth Organisation for Reparations in Guyana.
“The Centre for Reparation Research at The UWI joins the international community in marking Reparation Day on Monday October 12, 2020” said Prof Shepherd. “The Centre has chosen to commemorate the 3rd anniversary of its establishment on this day by calling attention to the need for reparatory justice for our Indigenous Peoples who were so scarred by the Columbus Project.

“Our Symposium Theme “The Indigenous Peoples and Colonising Deformities” is meant to indicate that colonialism disfigured the communities and civilisations of the various Indigenous Cultures; but as a resilient people, we can learn about their strategies to defeat colonialism. African people experienced their own holocaust in the aftermath of 1492 and on this day, therefore, we join with the Kalinago, Maya, Garifuna and other Indigenous Peoples of the region to say ‘Reparation Now’ for colonial atrocities and continuing harm”.

The virtual symposium will be broadcast on UWItv (www.uwitv.org) and also on Facebook.com/uwitv beginning at 8 pm (Jamaica) 9 pm EST. 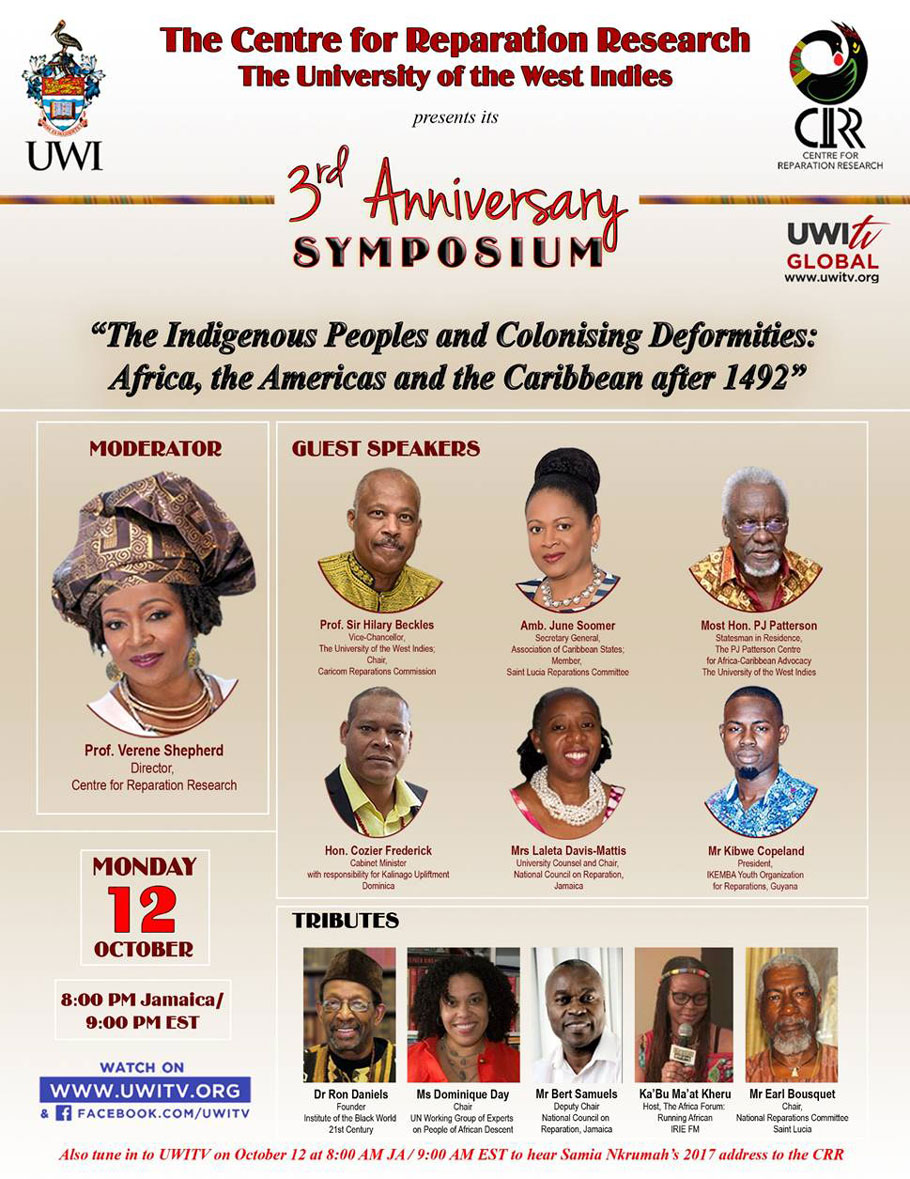