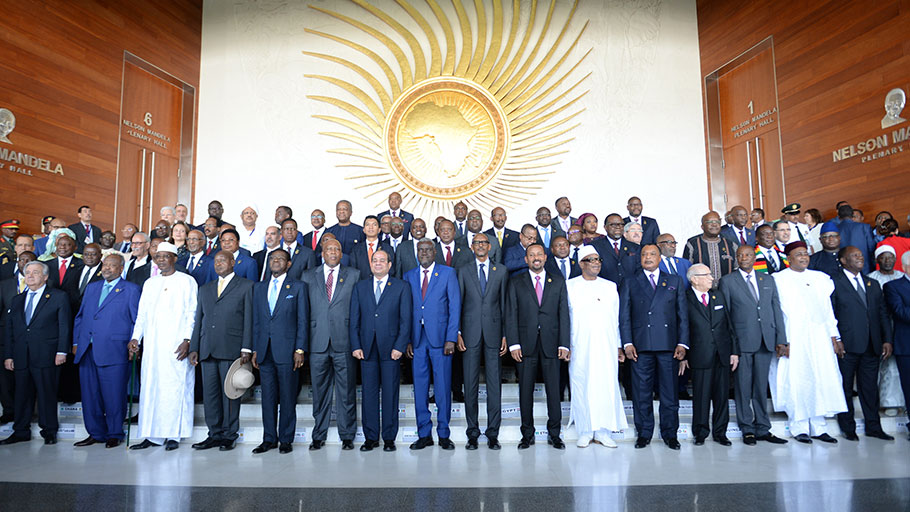 You Are Here: Home » Blog » Editors' Choice » Declaration on the AU Recognition of the 400th Anniversary of the Transatlantic Slave Trade

32nd Ordinary Session of the Assembly of the African Union, Addis Ababa, Ethiopia

WE, Heads of State and Government of the African Union, assembled on 11 February 2019 at our 32nd Ordinary Session in Addis Ababa, Ethiopia,

Evoking the unity of all African peoples, bound together by neighbourliness, cultural affinity, historical experiences, our common struggles for independence and dignity, our civilizational heritage, and our common destiny with all peoples of African descent;

Recalling the depredations and evils of the Transatlantic Slave Trade, its industrialisation of racism, dispossession, discrimination and dehumanisation;

Also Recalling, with pride, the strong spirit of resistance that responded to the evils of the slave trade, the rise of the Pan African movement in multiple continents and its continued inspiration to us African peoples;

Reaffirming our commitment to the unity of African peoples, to building an integrated Africa, to forging cultural, political, social and economic linkages that further the Pan Africanist dream among all peoples of African descent;

1. REQUEST the Commission to work with well-organised and well-meaning initiatives to commemorate the 400th Anniversary of the Transatlantic Slave Trade in 2019 by holding and participating in events and engaging African states to send appropriate representatives.

2. URGE all people of African descent to make this a year of reconnection and re-engagement with our African identities, collective interests and to seek to forge practical and ambitious initiatives that will build our unity and offer prosperity to our peoples.

3. ALSO URGE all Member States of the Union to consider immigration, economic, cultural and social policies that allow the Africans descended from the victims and survivors of the Transatlantic Slave Trade to reconnect and reengage with their brethren in the African continent.