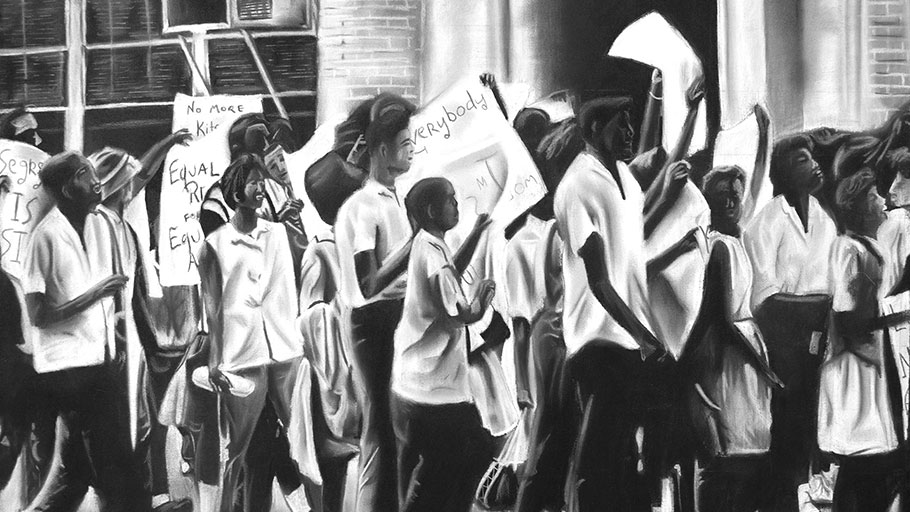 An anti-African, anti-black-immigrant stance is shortsighted. As we celebrate Black History Month, we should not divide the black community.

Should African American/black identity be defined by descendants of slavery, or by African ancestry? This increasingly bitter debate in the black community is undermining the spirit of Black History Month.

At the center of the conflict is the social movement referred to as ADOS, or the American Descendants of Slavery. Co-founded in 2016, ADOS is a political and social movement whose purpose is to advocate for reparations — compensating those who have been wronged — on behalf of black Americans. The group argues that reparations for slavery are economically and morally justified.

The concept of reparations, albeit controversial, is not new and dates to 1672. However, it is not the advocacy for reparations that has thrust ADOS into the national spotlight. Instead, it is the emphasis on distinguishing black American descendants of slavery from black immigrants, a focus that essentially pits black Americans against black immigrants.

It is understandable why proponents of ADOS seek to highlight the contrast. There are real and consequential differences in our lived experiences. For example, black immigrants are better educated and have higher median incomes than black Americans.

Although this fight for economic and social justice for black Americans is commendable, a closer examination of its rhetoric and agenda suggests an anti-African, anti-black-immigrant stance that is historically shortsighted. Critics characterize ADOS as having harmful anti-black policies and contend that its leaders do not believe black Americans can or should have any connection with Africa.

As a professor of African and African diaspora studies and a racial identity scholar, I teach a class called the Politics of Black Identity that examines the diverse and divided black community and highlights the tensions that sometimes exist among African Americans, Africans and Afro-Caribbean people. While it is important to acknowledge the differences among these groups, my goal is to critically analyze the behaviors, attitudes and philosophies of black leaders and movements that ultimately undermine or advance progress for all black people.

In a thoughtful yet provocative piece, ADOS co-founder Antonio Moore argues that recent immigrants from Africa seek a “solidarity of sameness,” yet do not have the history or lived experience to be considered in any claims for reparations.

But more problematic is the dismissal of any desire to seek solidarity among all people of African descent. Moore argues that before the term “African American” was introduced by Jesse Jackson in 1989, black Americans were black, negro and colored but never nationally identified as African. However, this is historically inaccurate.

Enslaved Africans were always clear about who they were, and they never forgot where they came from, despite a slavery system that tried to erase their memory of Africa. The scholars Asa Hilliard and Luisa Martin remind us this is evident in how Africans put “African” in the names of their independent organizations, such as the Free African Society, the African Methodist Episcopal Church and the first African masonic lodge, initially called the African Lodge.

Activist Paul Robeson once said, “In my music, my plays, my film, I want to carry always this central idea: to be African.”

In his autobiography, Olaudah Equiano recounted his experiences of slavery in the West Indies, Virginia and Georgia as a black immigrant. While his ethnic group was Igbo, he maintained an African identity, as evidenced by the title of his book: “The Interesting Narrative of the Life of Olaudah Equiano, or Gustavus Vassa, the African.”

The historian Sterling Stuckey explains that the different African ethnic groups had a common experience of oppression in North America and sought to form community across cultural lines. This is why identifying as African became so important.

Whatever the differences, the fact remains that racism does not discriminate based on being ADOS or a black immigrant. As Jessica Aiwuyor recently noted, “When Amadou Diallo was shot down by the NYPD, no one asked him if he was the descendant of U.S. slaves first.”

As we celebrate Black History Month, we should not fall prey to forces that seek to divide us. Remember that Black Lives Matter embraced the differences and diversity that have always characterized the black experience, while intervening in violence inflicted on all black communities.

Kevin Cokley is the Oscar and Anne Mauzy Regents Professor of Educational Research and Development and director of the Institute for Urban Policy Research and Analysis at The University of Texas at Austin. Follow him on Twitter: @KevinCokley1

Featured image: “Plight of the People” Illustration by Brian Washington.