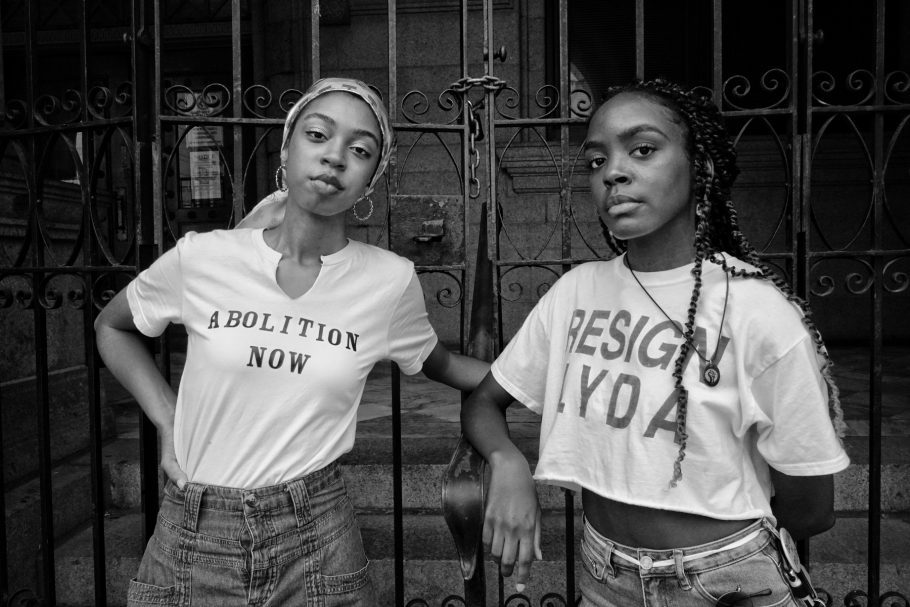 Young people across America found their voice in 2020, harnessing social media to lead the fight for change in their communities

Khalea Edwards didn’t believe it at first. Someone on a text chain of organizers from Occupy City Hall STL, a movement she helped lead this past summer calling for the resignation of St. Louis Mayor Lyda Krewson, informed the group in November that Krewson was retiring. Edwards wanted proof. Then Krewson made the announcement herself. “We spent the whole day in shock,” Edwards says. “We were crying.”

“Protesting works. Pro-tes-ting works,” the 21-year-old says of the bombshell from the mayor, who in June had broadcast the names and addresses of activists calling for the city to defund the police. “Folks said our demands were impossible to meet, but now we’re here and Lyda Krewson is a one-term mayor, which is exactly what we were chanting for in the streets. It’s just beautiful.”

Countless young people of color across the United States learned about the power of protest firsthand following George Floyd’s death in the spring. They organized marches, vigils, sit-ins, and, yes, occupations of government property — and they did so at great personal risk. “You didn’t know what was going to happen, whether you were coming home or whether you were getting arrested,” says Chelsea Miller, co-founder of Freedom March NYC. “I chose that it was worth it to put my life in danger because this movement was far greater than me.”

The demonstrations drew thousands of supporters, thanks largely to the reach of social media. But internet virality is only as good as what you do with it. “It’s important to remember we are more than hashtags,” says Miller. “We live in a popcorn society, where it’s on to the next thing within seconds. We need to think about being able to sustainably support this work, so when the cameras turn off we’re able to do that.”

For many, this involved rallying voters to boot Donald Trump out of office. But now that the president has been handed his walking papers, activists are turning their attention to bringing about change at the local level. Rolling Stone spoke with young organizers from around the country who are parlaying the enthusiasm they generated last summer into providing platforms for the marginalized, kick-starting new awareness initiatives, and pushing lawmakers to enact equitable policies across a wide range of issues — from criminal justice to affordable housing to education. “The fight isn’t over because Donald Trump is out of office,” says Atlanta activist Madison Crenshaw. “That does not mean we stop. We have to keep going until everyone is equal.” 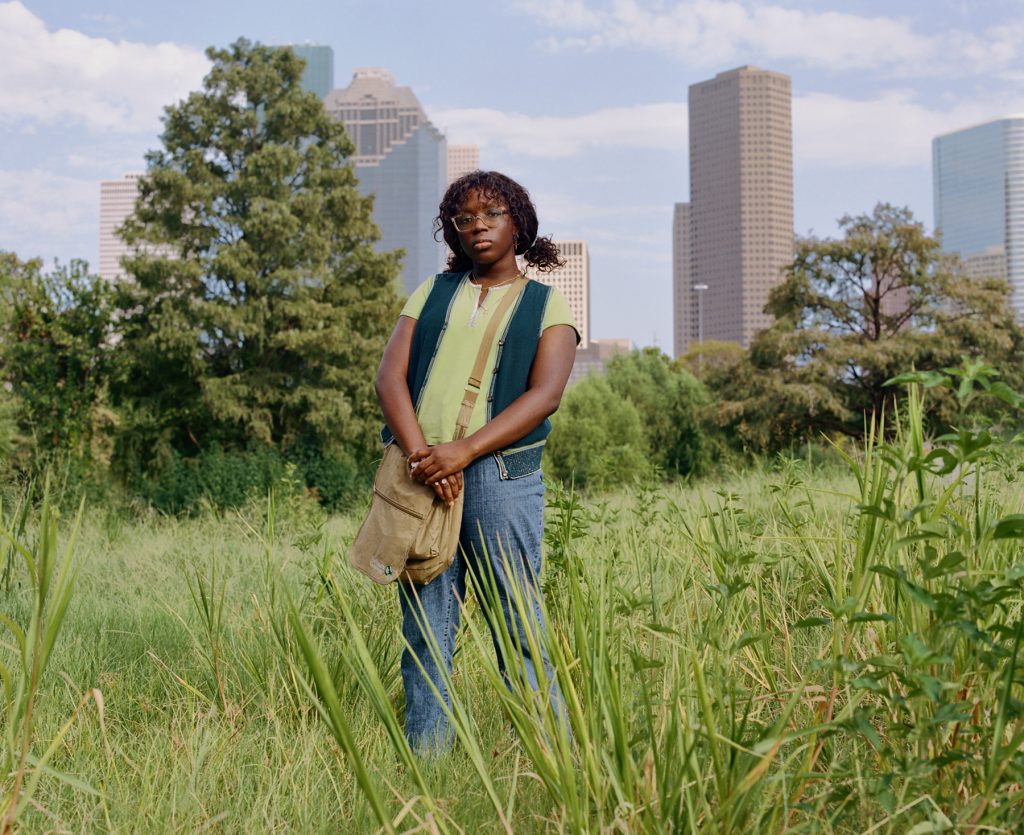 Foyin Dosunmu still gets excited thinking about the day she helped lead a Black Lives Matter protest through the streets of Katy, Texas. “It was so beautiful,” she says, in awe of how she and the other young activists who founded Katy4Justice last summer were able to use social media to bring more than 1,000 people together to demonstrate for racial equality in the predominantly white Houston suburb.

Though Dosunmu, 17, and many of her fellow activists in Katy are now getting ready for college, Katy4Justice is still holding meetings to organize projects like selling Covid-19 masks to raise money for legal services for immigrants. They’re also continuing to preach intersectionality and provide community members with a place to share their experiences with discrimination. “I feel like I’m doing something that I wish someone would have done for me,” Dosunmu says. “It’s just such an amazing feeling.”

“It doesn’t take much,” she adds of how a few texts in the summer snowballed into a movement. “All you have to do is want to see a change in your community and gather people who want to do the same. It’s power in numbers. From there, you have the world in your hands. You can do anything.” 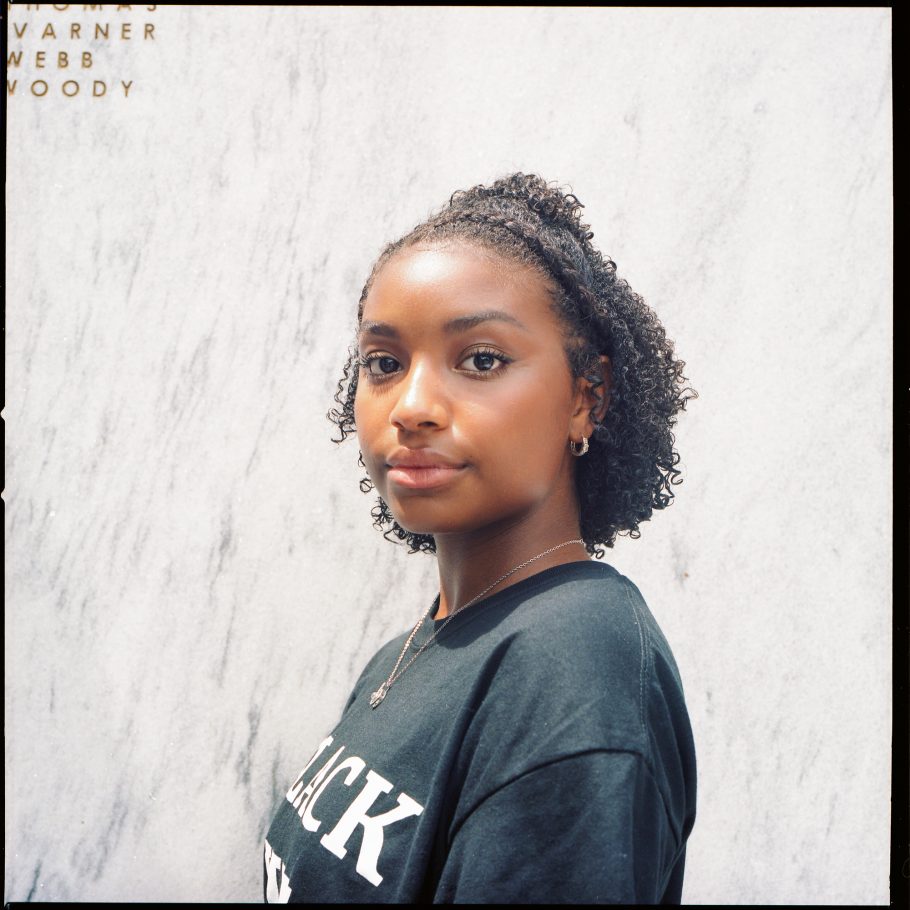 Madison Crenshaw photographed for Rolling Stone outside of Atlanta, Georgia in 2020.

“It was a very large group of friends who just really wanted to make a difference,” explains Madison Crenshaw, one of the leaders of Buckhead for Black Lives, a movement founded by recent high school graduates and college students in Atlanta after George Floyd’s death. A few text messages about how they could respond to police violence turned into a few social media posts promoting a demonstration, which turned into 2,000 people showing up to march to the Governor’s Mansion.

Joe Biden turning Georgia blue a few months later emphasized what Buckhead for Black Lives and similar protest movements can accomplish. “It was an eye-opener, because it can be hard to fathom how events can really impact people and drive them to go out and vote,” Crenshaw says. “That’s what we saw with the social unrest in the summer. People want to see change on the legislative level that helps communities of color.”

Crenshaw says Buckhead for Black Lives is now raising awareness for the Senate runoff races in Georgia, and that the group will work to hold the Biden administration accountable. “I think a lot of the time young people are not looked to as leaders,” Crenshaw says. “This really taught me that we can speak up, use our voice, and make a difference.” 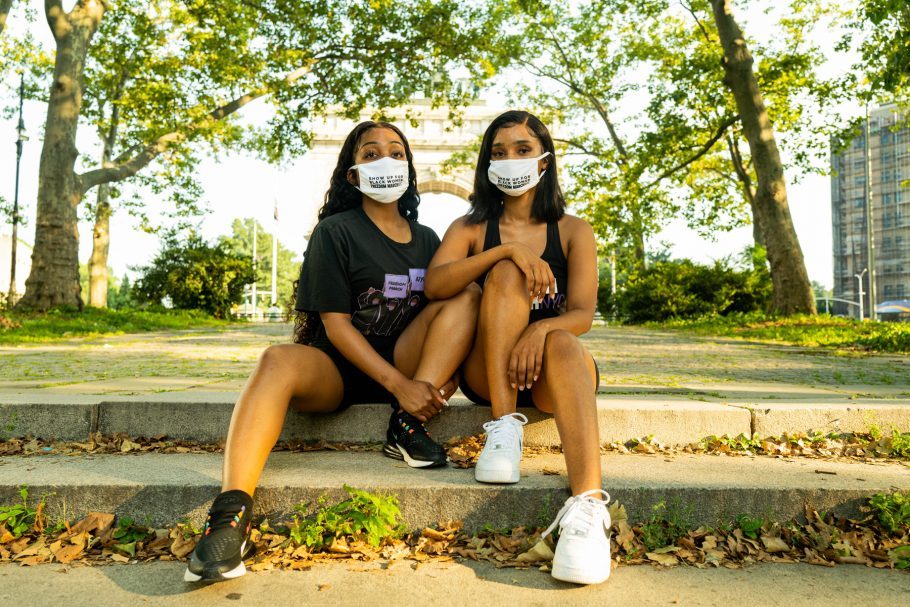 It took Chelsea Miller and Nialah Edari only a few months to turn a demonstration they led in May into a nationally recognized movement. Hundreds attended, and the two friends who met at Columbia University were soon able to raise more than $50,000 to turn Freedom March NYC into a multipronged advocacy organization. This included Freedom Fall, a digital voter-education-and-registration initiative inspired by the Freedom Summer movement of the Sixties. Miller, 24, and Edari, 26, are now determined to hold Joe Biden accountable for “the promises that were made around police brutality, state-sanctioned violence, and equity and opportunity for the Black community,” says Miller. They plan to hold 2021 New York City mayoral candidates to the same standard. “The work isn’t done,” Edari says. “We were out there because Black people were being killed by police. From the looks of it, that’s still happening, so we’ll still be outside.” 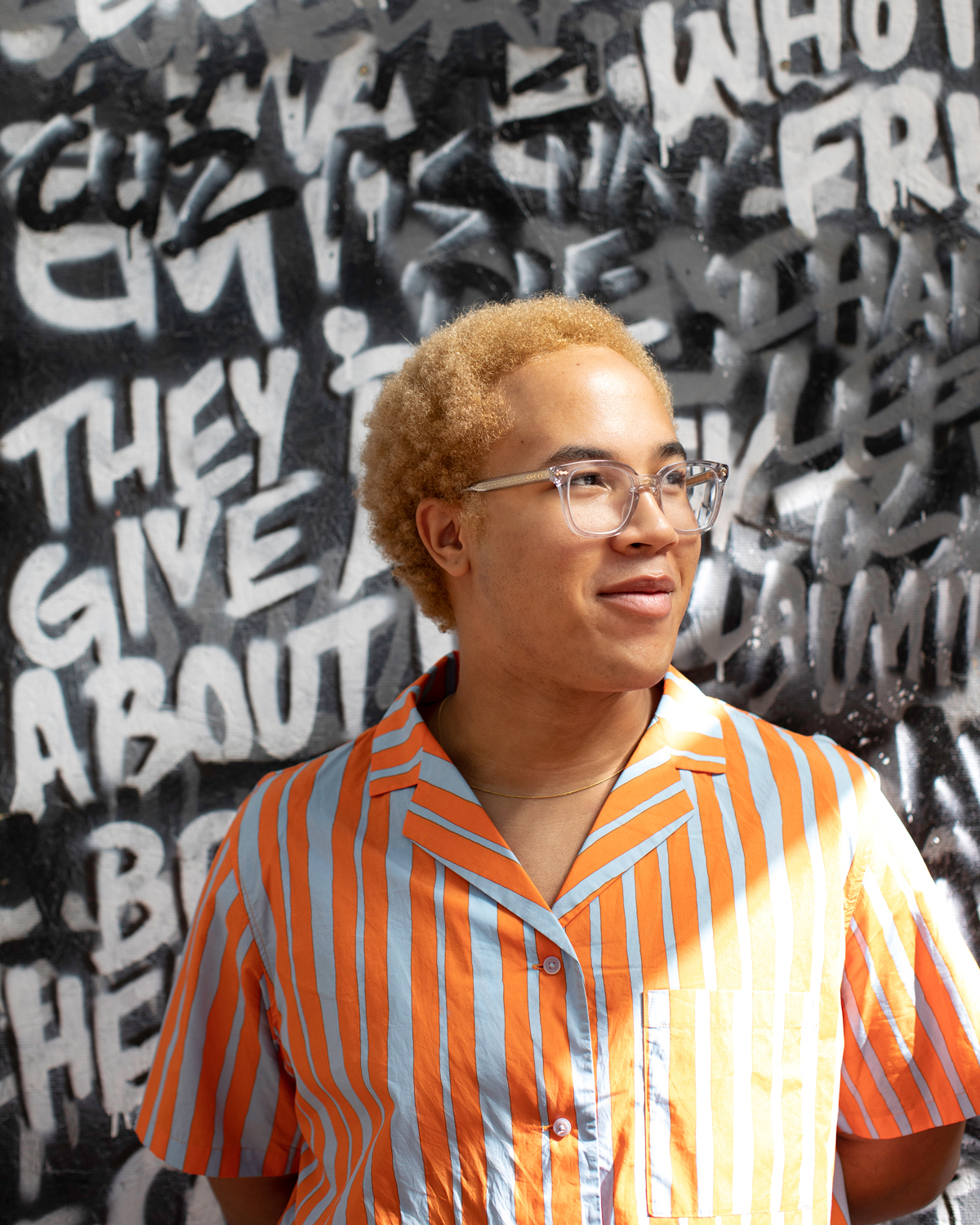 Taji Chesimet has been fighting for racial justice in Portland, Oregon, since 2017, when he co-founded the youth-led group Raising Justice. In July, the 19-year-old helped lead its “Last Generation Protest” — so named because they seek to be the last to experience racial oppression. As police violence surged in the city in the summer, so did Raising Justice’s membership, and with it Chesimet’s resolve to continue fighting for measures to hold police accountable. “A lot of conversations from the protest have continued in the policymaking rooms at the legislative level,” says Chesimet, now a freshman at the University of Chicago. “I don’t think the flame from the summer will go out any time soon.” 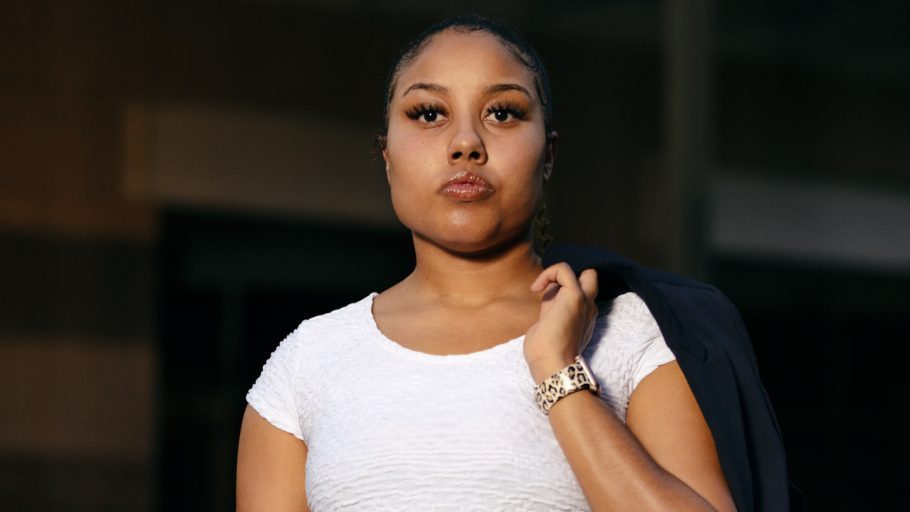 Armonee Jackson has been organizing protests since she was in middle school. Following Trayvon Martin’s death in 2012, she rallied students to wear hoodies and bring Skittles to classes. The 22-year-old president of the youth and college division of the state’s NAACP scaled up her activism when George Floyd died, organizing demonstrations across Arizona, including a march in mostly white Scottsdale that drew around 1,000 protesters. “I was not surprised,” she says of Joe Biden flipping the state. “I knew that with the amount of people we’ve had on the front lines advocating for change, there was no way we wouldn’t turn Arizona blue.” 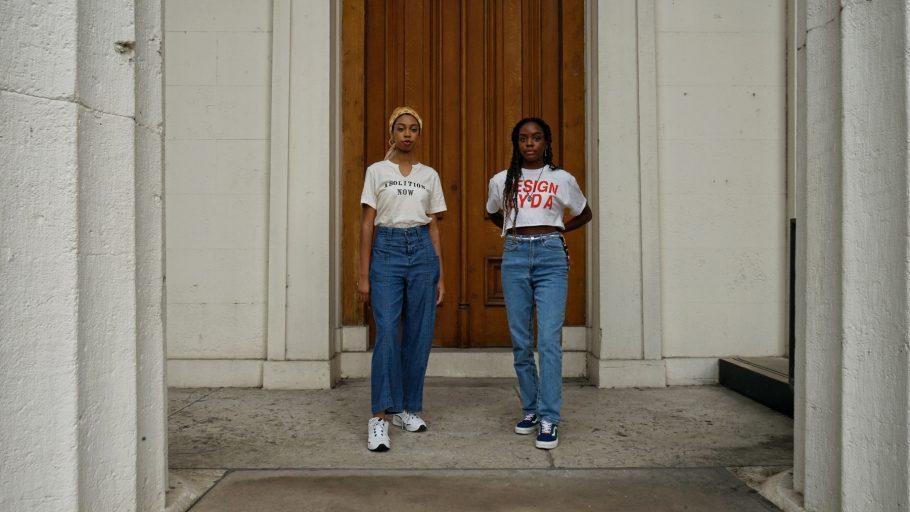 Khalea Edwards didn’t just take up activism this past summer. As she sees it, her life itself is a form of protest. “There is no start date to a movement you’ve been a part of your entire life,” she says. “Black existence in this system itself is resistance.”

Edwards, 21, grew up poor with 17 siblings on the south side of St. Louis and a mother working multiple jobs. She took an interest in actively fighting against these systems after Trayvon Martin’s death, and later, through her brother’s activism in Ferguson after the police killing of Michael Brown. So when Mayor Lyda Krewson doxed activists who were calling for the city to defund the police, Edwards helped form Occupy City Hall STL. Edwards is now focused on advocating for the homeless. “We need to be investing in each other and our communities,” she says, “because we know the politicians won’t.”

Fellow St. Louis activist Brianna Chandler, 19, began organizing with the Sunrise STL climate group in 2019, and this past spring recentered her focus on racial and indigenous justice, forming Rise STL. “I think change always comes from young people,” she says. “I think adults sometimes get desensitized, and understandably so, because the system wears you down.”