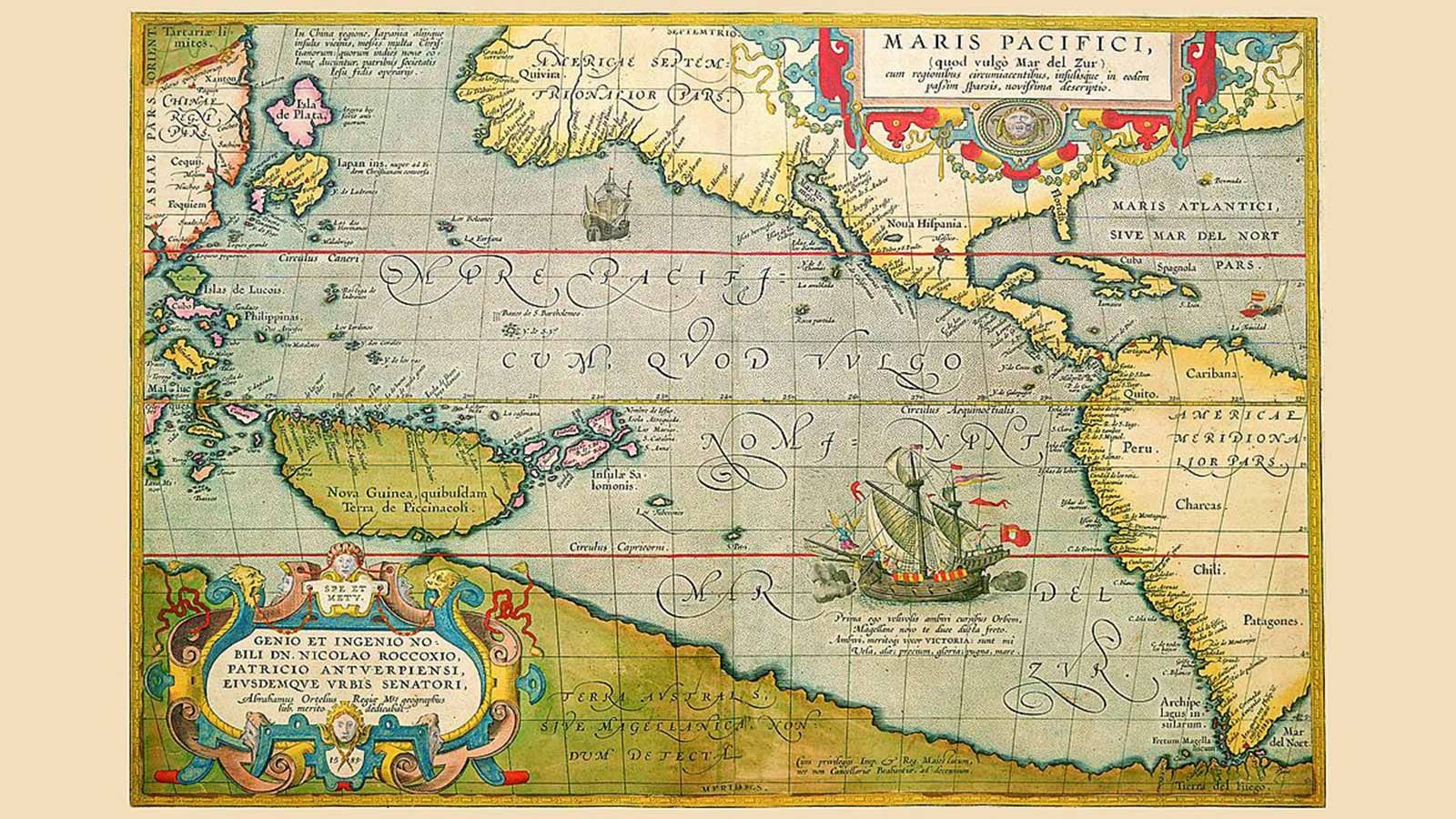 How history erased the Black mariner who ‘opened’ the Pacific

You Are Here: Home » Blog » Editors' Choice » How history erased the Black mariner who ‘opened’ the Pacific

Lope Martín, an Afro-Portuguese pilot, was the first navigator to sail from the Americas to Asia and back.

In grade school and beyond, we learn about Christopher Columbus and his pioneering voyage of 1492. Merely two decades after it, however, European explorers stumbled on the Pacific, an ocean roughly twice as large as the Atlantic and far more difficult to navigate.

Polynesian navigators were the first to cross the Pacific from west to east by island-hopping from the coast of China to the Americas. Ferdinand Magellan was the first European to go in the opposite direction in one swoop by sailing from the New World to Asia during his famous circumnavigation of 1519-1522. Yet, the first navigator to sail from the Americas to Asia and back—the man who truly “opened” the Pacific and accomplished what Columbus had done for the Atlantic—was an extraordinary pilot almost entirely forgotten in the annals of exploration. It was Lope Martín, an Afro-Portuguese mariner, who in 1564-1565 finally transformed the Pacific into a vital space of contact and exchange, weaving all continents together and launching our global world.

Martín’s ancestors had been taken as slaves to southern Portugal. Although he was a free man, his precarious circumstances forced him into the harsh life of the sea, carrying sacks of flour aboard vessels or climbing a ship’s ratlines to the top of the mast. In an era when the overwhelming majority of naval officers were white Europeans, Martín rose through the ranks to become a licensed pilot, the highest occupation he could aspire as a Black man. Indeed, his seamanship was so extraordinary that he was recruited for a secret, no-expenses-spared venture put together by the Spanish crown to open trade between Spain’s American colonies and the legendary “Orient,” as it was referred to at the time.

Martín’s story is particularly striking because his revolutionary passage had less to do with courage—although a good dose of it was also necessary—than with his mastery of the nautical technologies of his time. By the mid-16th century, the “art of navigation,” as it was called, had become less an art and more a science. Any person wishing to become a pilot had to take courses, pass examinations and demonstrate proficiency in mathematics, astronomy and cartography. Martín passed all the tests and showed a rare talent. Skilled pilots of that era could determine latitude (north-south distance) in the middle of the ocean by measuring the altitude of the sun with respect to the horizon, using “declination tables” and performing a few mathematical calculations. Establishing longitude (east-west distance) was far more difficult, and would not be fully possible until the 18th century. Nonetheless, the foremost pilots of the Age of Exploration like Martín were able to approximate longitude through careful observation of the ocean and by measuring the difference between true north as shown by the North Star and magnetic north as indicated by the compass. This specialized knowledge made Martín one of the most accomplished and valuable pilots of his time anywhere in the world.

As a historian, it is startling that only specialists of the early Pacific know about Martín’s existence at all. This likely has to do with the unusual circumstances of his voyage. The Spanish crown organized the 1564-1565 expedition in great secrecy. Instead of departing from Acapulco—by far the most established port on the western coast of the Americas at the time—the four vessels in the fleet cast off from Navidad, a dilapidated harbor far to the north of Acapulco that even today remains a minuscule Mexican tourist town. Moreover, barely 10 days after the fleet’s departure, the smallest and least equipped of the four ships, piloted by Martín, became separated from the others. The expedition commander and other expedition leaders who remained in the three largest ships immediately suspected and accused the Black man of deliberately “becoming absent when the sea was calm and the weather was good,” even though there had been a storm at the time of the separation.

Unaware that his loyalty had been questioned, Martín proceeded with the mission. On what amounted to a souped-up boat, Martín and his mates reached the Philippines, made repairs and traded with the islanders for a month. After looking for the other vessels from their fleet, they finally made the fateful decision to return on their own across the mighty Pacific, a feat never accomplished before. In this epic passage, Martín and his mates had to battle a plague of rats that gnawed on the water barrels and spilled their contents. They were also forced to patch the sails with every last scrap of clothes and blankets, and survived a near shipwreck.

When they finally arrived in Navidad on Aug. 9, 1565, virtually naked, carrying Asian goods, Martín and his crew were hailed and celebrated as heroes. But this sweet moment of victory lasted only two months, when the flagship of the fleet—14 times bigger than the vessel on which Martín and his companions had sailed—also accomplished the elusive vuelta, the return to America, guided by a no less remarkable navigator and friar named Andrés de Urdaneta. The expedition commander had remained in the Philippines to establish a Spanish base in Asia, but his representatives aboard the flagship lost no time in accusing Martín of having absconded.

The accounts of subsequent chroniclers and historians, tainted by this controversy, have portrayed the Afro-Portuguese pilot piratical and given the credit instead to Urdaneta. Both Martín and Urdaneta succeeded independently, yet only one basked in the glory while the other was secretly sentenced to be hanged to repay him for his considerable services. (Yet another remarkable chapter in the life of Martín has him outwitting, through an astonishing mutiny, the captain of the ship transporting the Black man to his death, and quite possibly spending his final years as head of a small European band in Micronesia.)

Martín was indisputably the first to “open” the Pacific, allowing plants, animals, products and ideas to begin flowing across the great ocean. After his voyage, and for two and a half centuries, large Spanish galleons sailed every year across the Pacific, taking silver to Asia and returning with Chinese silk and ceramics, Southeast Asian spices and slaves from as far as the Indian subcontinent. By the end of the 18th century, American merchants began building on these earlier transpacific linkages to launch their own ventures. As the Spanish empire in the Americas crumbled in the early 19th century, American ships came to replace the old Spanish galleons. The United States would go on to take control of Guam and the Philippines (early Spanish hubs), open direct trade with Japan and China and forge a vast network of transpacific interests that has reshaped the world. The world’s gravity center is constantly moving toward the Pacific, so it is imperative that we understand how it all began, not with Captain Cook’s legendary voyages, as often assumed, but centuries earlier with a figure who has been completely erased from the historical record.

Andrés Reséndez is a history professor at the University of California at Davis and author of National Book Award finalist The Other Slavery: The Uncovered Story of Indian Enslavement in America. His latest book, Conquering the Pacific: An Unknown Mariner and the Final Great Voyage of the Age of Discovery, was published in September 2021. He is a currently a Carnegie fellow and an avid sailor.