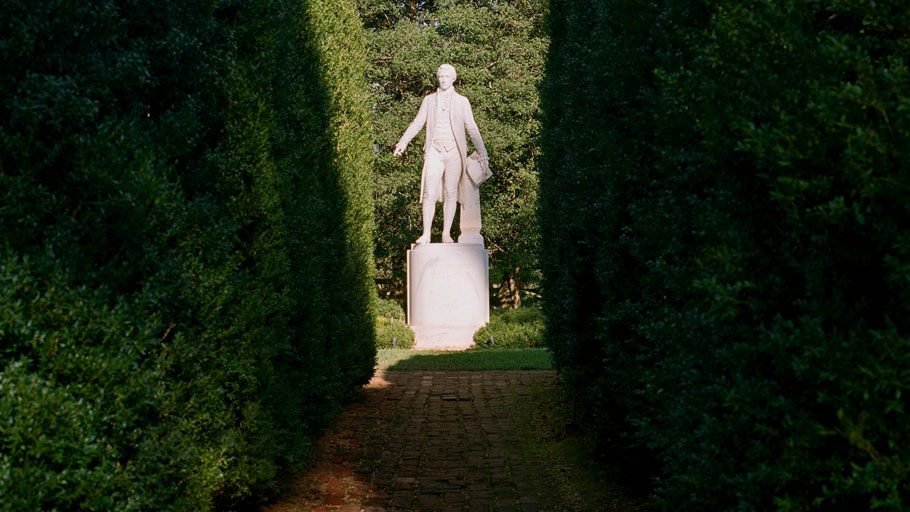 A statue of President James Monroe at Highland, his former plantation in Virginia. Photograph by Miranda Barnes

A small African-American community has existed less than 10 miles from the president’s former plantation for generations. Only recently has the full extent of their relationship been revealed.

CHARLOTTESVILLE, Va. — So many Monroes in rural Albemarle County remember the moment they asked a parent or grandparent if they were somehow connected to the nation’s fifth president, James Monroe.

The telltale entrance sign to Monroe’s plantation estate, now a museum, had been a fixture of their childhoods, part of the landscape on the route back and forth between Charlottesville and the small, predominantly African-American community they called Monroetown.

Ada Monroe Saylor, 79, was riding in her father’s green Chevrolet on the way to the grocery store in the early 1950s when he confirmed her suspicions.

George Monroe Jr., a cousin of Ms. Saylor’s, spent much of his childhood at the homestead built by his great-great grandfather, Edward Monroe, known as Ned, whose parents were believed to be enslaved by the president and were among the first known to carry his name. For slaves whose African heritage had long been stolen or lost, this was not uncommon.

Mr. Monroe, 45, was about 8 years old when he posed the question to his father, after driving by the plantation, known as Highland.

“I had been seeing that entrance sign all my life,” Mr. Monroe said. “We were riding, and I asked my dad if we were the same Monroes, and he said yes, but he wouldn’t say much more. We didn’t talk about it.

“It was just understood that we were connected to the president, not by blood but by slavery.”

For seven generations, members of the Monroetown descendant community have lived less than 10 miles away from Highland, yet until three years ago there had never been a conversation between them and the museum. Now, they are working together to change the way slavery is presented at the former presidential plantation. 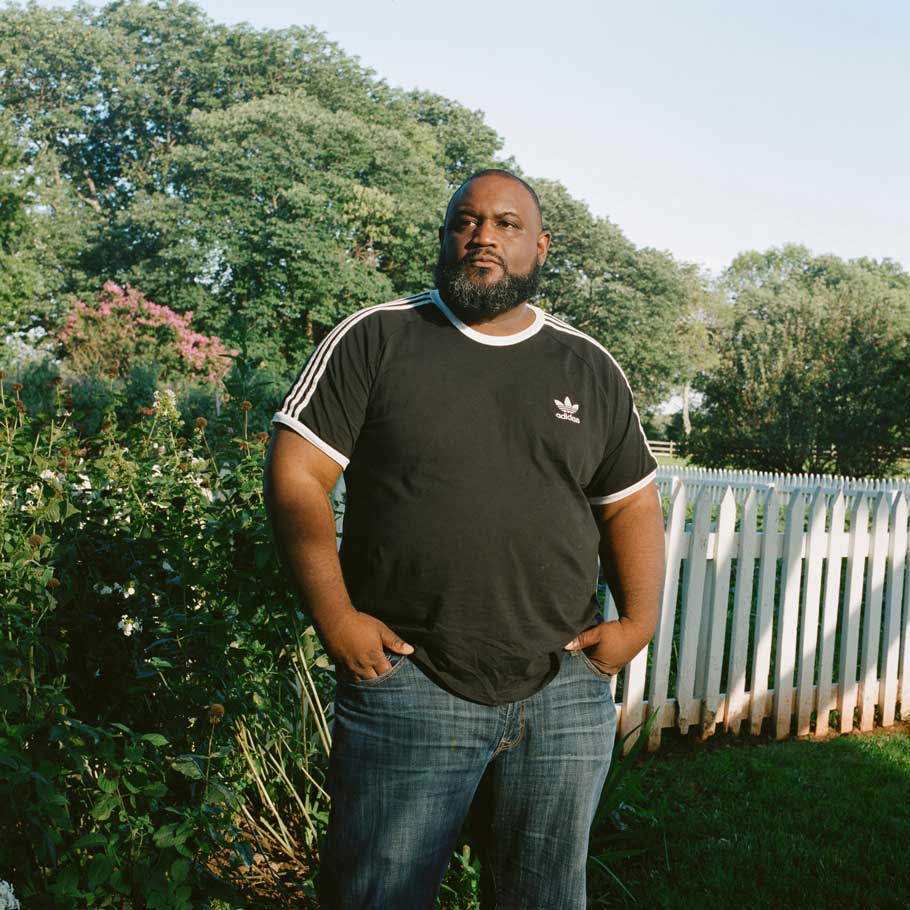 George Monroe Jr. grew up in a homestead built by his great-great-grandfather, Ned Monroe. Photograph by Miranda Barnes 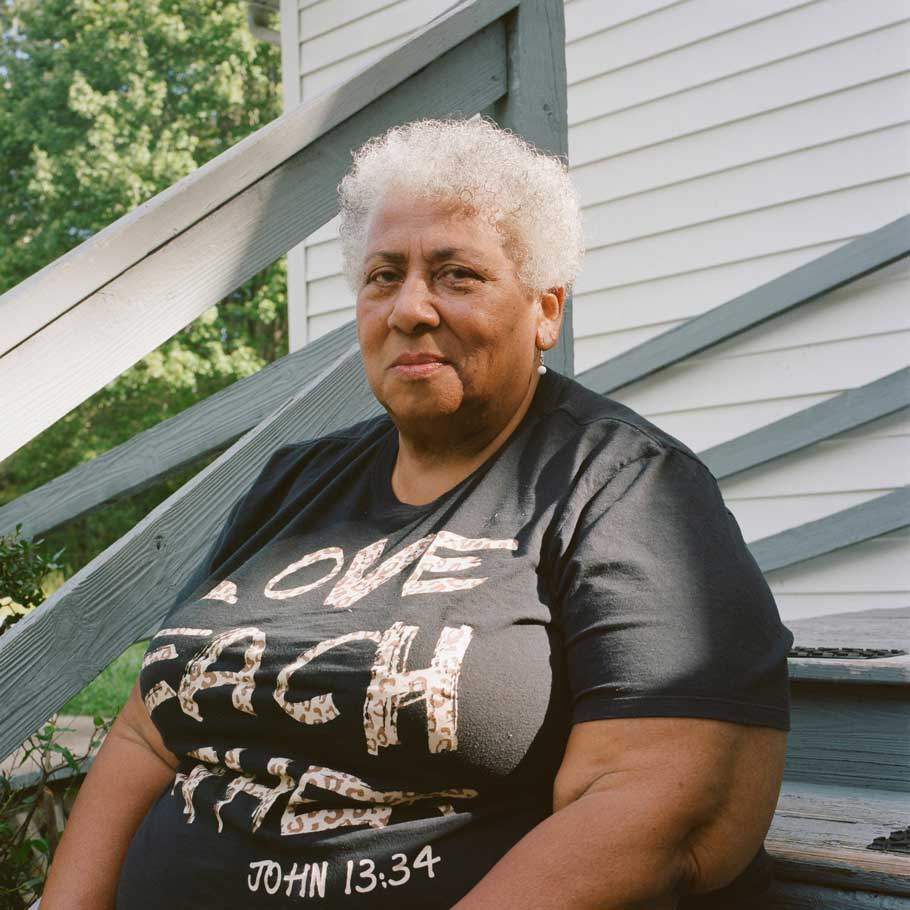 Ada Monroe Saylor is one of the eldest Monroetown descendants. Photograph by Miranda Barnes

The president lived at Highland from 1799 to 1823. The property, which he purchased in 1793, was his family home while he served as a governor of Virginia and president. It is now owned by his alma mater, William & Mary.

As president, Monroe supported abolition, but he enslaved up to 250 people in his lifetime. Daily tours and the Highland website note the contradiction.

Visitors are now told about the nearby descendant community. They are also told about two enslaved men by name — Peter Mallory and George — who built Monroe’s guesthouse. A space under the porch of the guesthouse is being refashioned to reflect its former use as slave quarters. Biographies of the enslaved will soon be presented, and William & Mary will begin recording the oral histories of the descendants.

A more layered and complete narrative about the lives of the men, women and children enslaved by Monroe was built upon one family’s quest to trace its roots, the discoveries made by two independent researchers and the museum’s desire to accurately reflect the role slavery played on the plantation of a founding father. The intersection of those related paths, unfolding as part of a larger cultural reckoning, is an American story.

‘We are all Monroes!’

Highland rises against the Southwest Mountains. It was once a 3,500-acre estate, filled with grain crops. Now it is a tourist attraction, about two miles from Thomas Jefferson’s Monticello.

After emancipation, some of the enslaved carried the Monroe name and settled nearby, informally calling their new free community Monroetown. This is where the Monroe descendants’ first chapter begins. The family estimates that fewer than 100 Monroes still live in that area.

On a summer Sunday afternoon in 2017, Martin Violette, a part-time researcher and guide at Highland, went to Middle Oak Baptist, a tiny white church in Monroetown. Mr. Violette — and Miranda Burnett, also a Highland guide — had set out on their own to find out what happened to the enslaved men, women and children sold by Monroe to a Florida plantation owner nearly 200 years ago.

What Mr. Violette found instead: an entire community of Monroe descendants right on Highland’s doorstep.

In the parking lot of Middle Oak Baptist after a service, Mr. Violette approached a group of African-American women, all in their 70s, members who had worshiped in the church since they were children. He inquired about Monroes.

“You have come to the right place,” one of the women exclaimed. “We are all Monroes!”

It turned out that more than half of the church members were part of a large Monroe family tracing back to Highland. 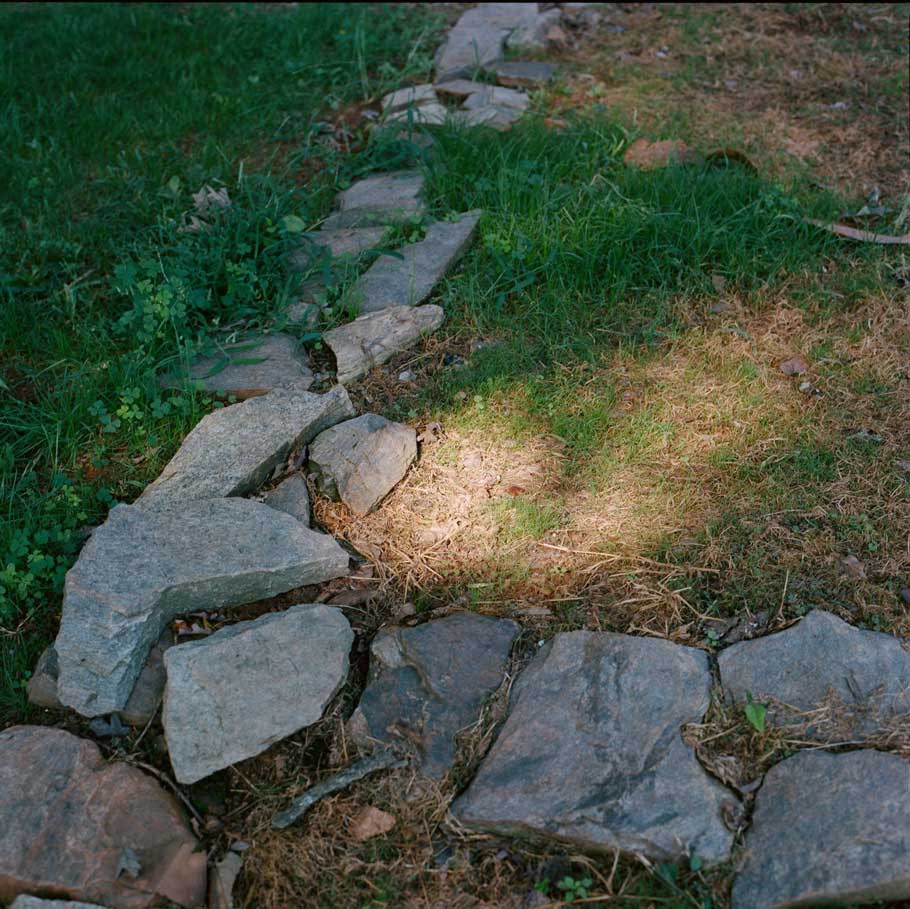 Rocks mark the location of the original house foundation at Highland. Photograph by Miranda Barnes 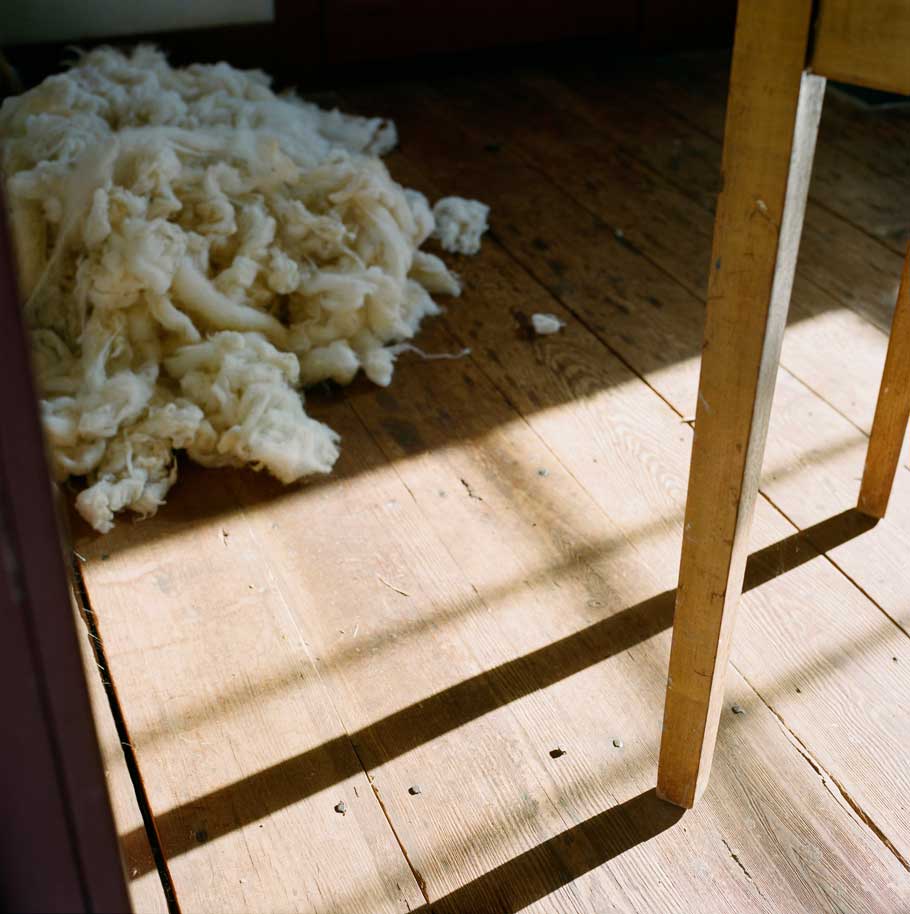 A reenactment of slave quarters at Highland. Photograph by Miranda Barnes 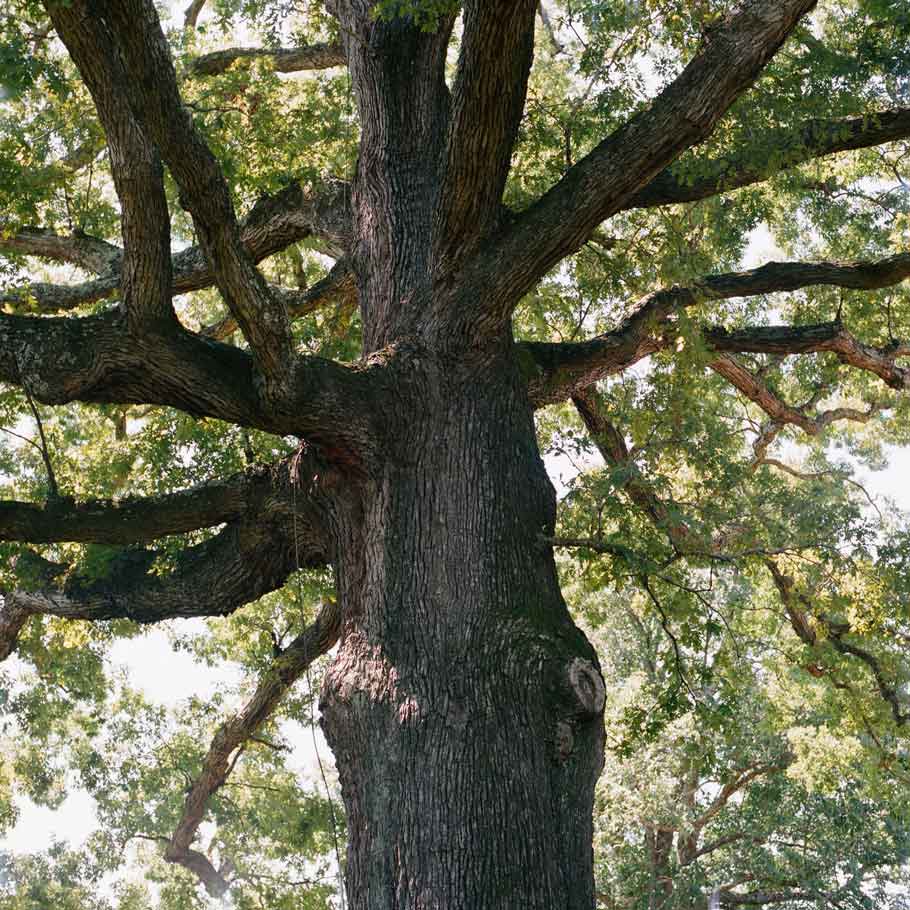 For seven generations, the Monroetown descendant community has lived less than 10 miles from Highland. Photograph by Miranda Barnes 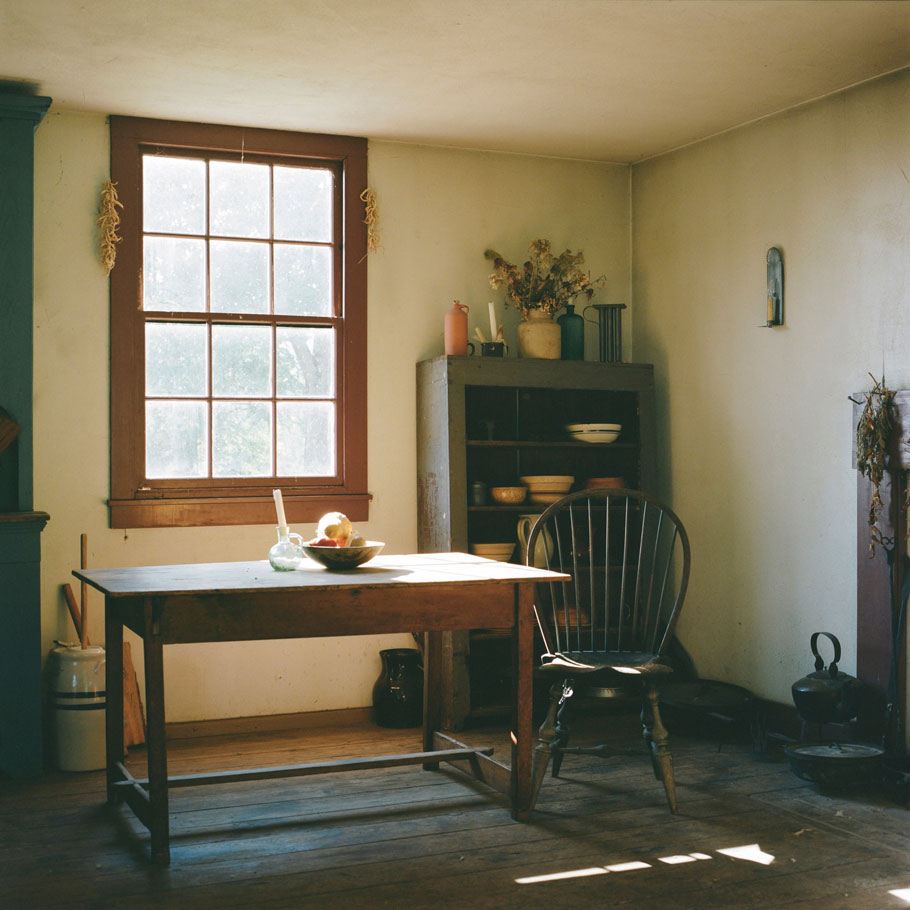 As president, Monroe supported abolition, but enslaved up to 250 people in his lifetime. Photograph by Miranda Barnes

“Up until that point, we had no idea this community was right here,” said Sara Bon-Harper, Highland’s executive director. “It’s a very big thing for an institution like ours to forge these relationships absolutely from scratch, and we had this responsibility to get it right.

“But the question is, what is right?” she added. “Having this connection with the descendant community is the spark for us to tell a more inclusive, authentic history.”

By the time Mr. Violette found his way to Middle Oak, following clues left behind by Monroe’s records, Mr. Monroe had already visited Highland. He and a cousin, Francis Scott, the family historian, were already chasing their history back to the plantation and learning more about the connections between the president and their community, but no formal conversations had been initiated with the museum.

“We are talking about the pain of slavery and the ties that bind and the start of our story in America,” said Jennifer Saylor Stacy, 56, Ms. Saylor’s daughter and a lifelong member of Middle Oak. “We want to know more about our ancestors and help to give them back a sense of humanity.”

A small group of Monroe descendants gathered at Highland in March 2018 to begin the first of several discussions on how best to incorporate its family history. The meetings have also become a space to talk about the legacy of slavery, racial inequities and reparations, now a part of the national dialogue.

“It’s hard to put into words what it feels like to grow up this close to the plantation where your roots are,” Ms. Saylor said. “Once I knew we came from there, I often wondered what became of our people.”

Separated by centuries and hundreds of miles

Last year, Brent Leggs, executive director of the African-American Cultural Heritage Action Fund, an initiative led by the National Trust for Historic Preservation, and a group of historians, preservationists, descendants and site directors, gathered for the first National Summit on Teaching Slavery at James Madison’s Montpelier to talk about engaging descendant communities. Both George Monroe Jr. and Ms. Bon-Harper attended. That same year, Monticello opened its first exhibition of the living quarters of Sally Hemings.

“Most of the narrative about the black experience is about a painful past, but we have an opportunity today to uncover the hidden stories of activism and resistance and black agency rooted in slavery,” Mr. Leggs said. “This is about expanding beyond the typical stories of brutality and injustice to stories of black life and black love and how our community overcame the most difficult chapter in American history.”

At Highland, visitors learn about Monroe’s vision for a federal government and his opposition to European colonialism in the Americas, known as the Monroe Doctrine. In 1828, Monroe sold up to two dozen enslaved people for $5,000 to Joseph Mills White, the owner of Casa Bianca, a cane and cotton plantation just outside Monticello, Fla., to pay off mounting debt after his presidency. 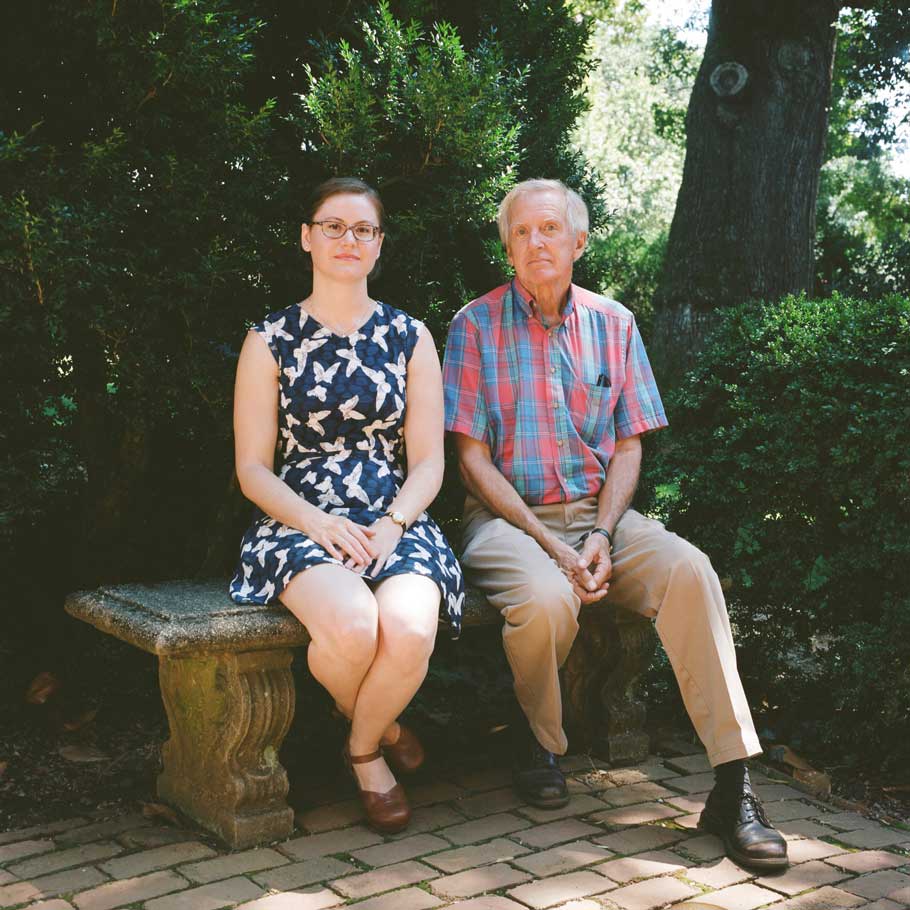 Mr. Violette, a ninth-generation Virginian and Ms. Burnett, a reference librarian, started their research of the sale by asking basic questions: How many of the enslaved were sold? Did they leave Florida after emancipation? Then, after visiting Middle Oak, they wondered: Could they be related by blood to the Monroe descendants in Virginia?

The researchers pored over archival records documenting shipping manifests, property inventories, bills of sale, death certificates. In a letter to James Madison, Monroe said he had arranged to have the enslaved taken in families. At least three couples — Dudley and Eve, Toby and Betsy, Jim and Calypso — along with their children, were sent to Florida, yanking apart the larger Highland enslaved community.

“The more we were able to find, the more we knew how important it was to try to help reunite these two communities,” Mr. Violette said.

Fifteen months after Mr. Violette visited Middle Oak, he and Ms. Burnett visited another small church, this time in Florida. It was founded, in part, by children once enslaved at Highland. The researchers met about a dozen people in Monticello, including a woman whose grandfather was a descendant of Dudley and Eve, one on the enslaved couples sold to Florida, and the first direct link between the two descendant communities in Florida and Virginia.

Ms. Burnett cried as she described piecing together the life of Garrett Sanders, a son of Toby and Betsy, who was about 18 when he was sold with his parents and sent to Casa Bianca. After emancipation, he appeared in the 1870 census with his occupation listed as a blacksmith. He registered to vote in 1867, and cast a ballot in the 1876 presidential election.

“It means he made it. He made it to freedom,” Ms. Burnett said. “It is an incredible discovery to find the evidence that an enslaved person was finally able to live free.” 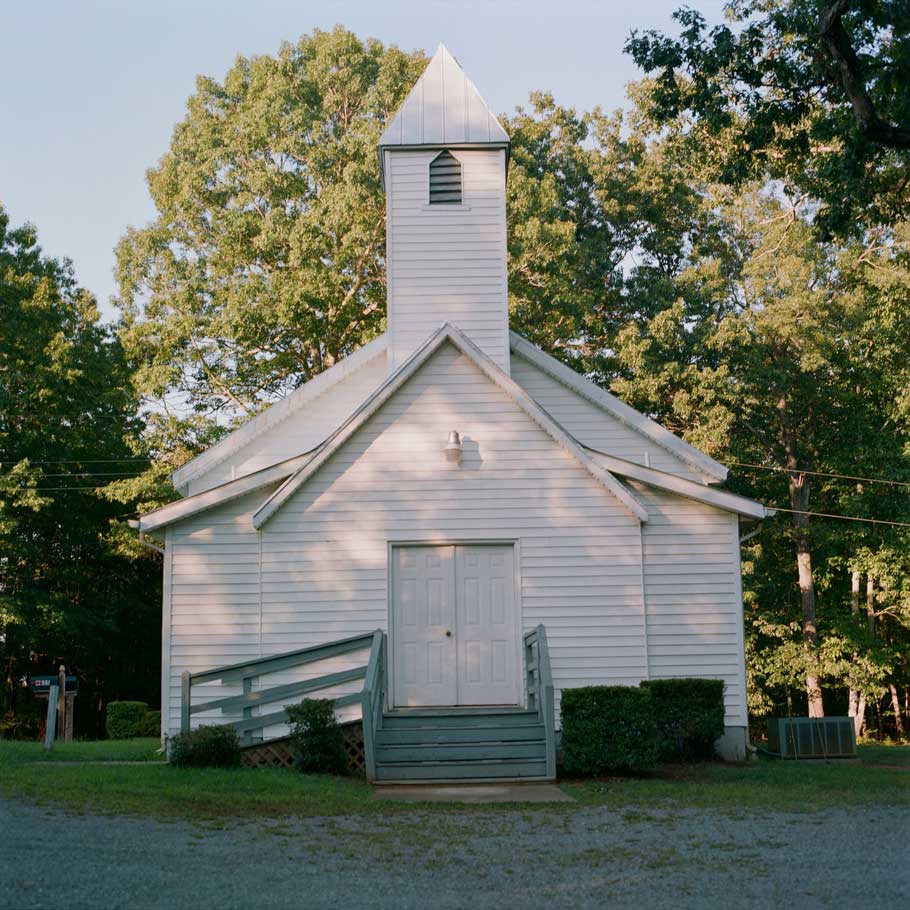 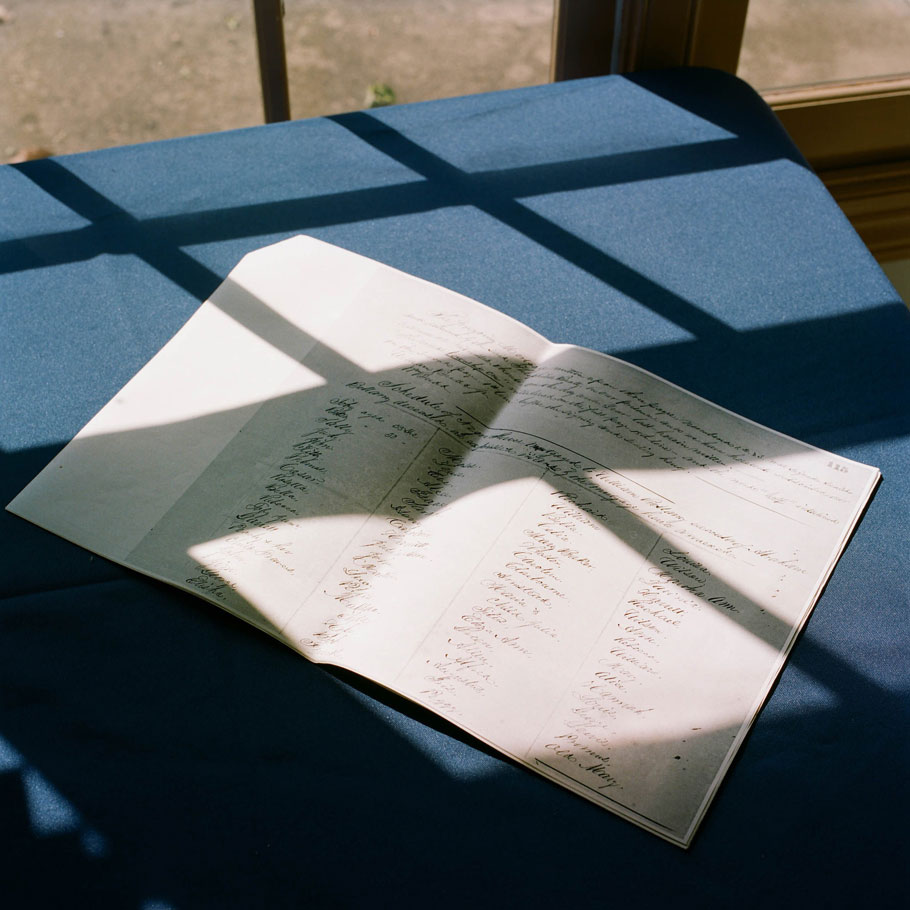 A list of enslaved people from Casa Bianca, a cane and cotton plantation just outside Monticello, Fla. Photograph by Miranda Barnes 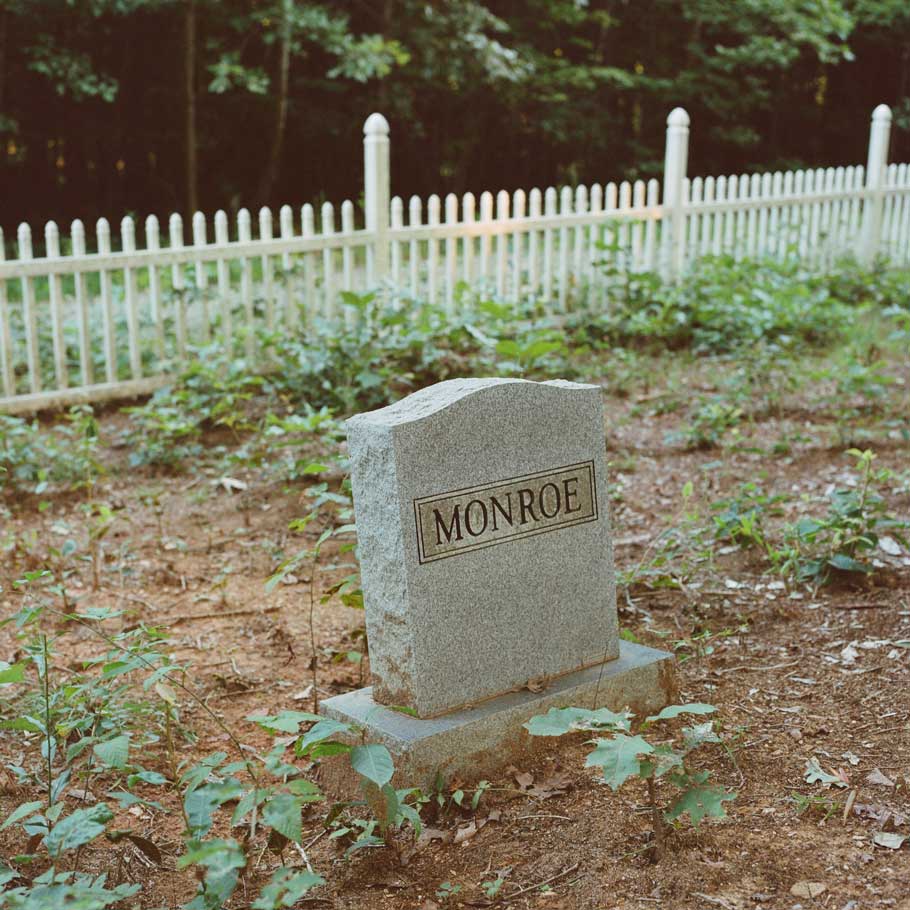 The Monroe Family Cemetery near Highland. Photograph by Miranda Barnes 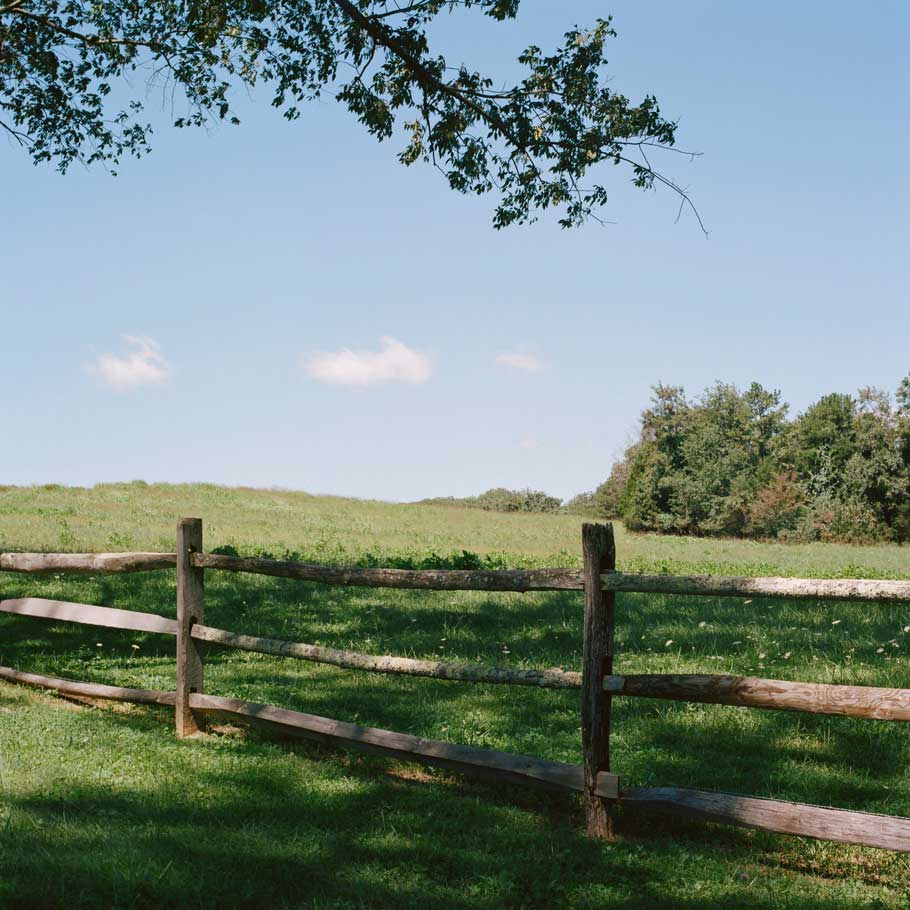 Near the entrance to Highland. Photograph by Miranda Barnes

Ms. Burnett and Mr. Violette hope to identify more Highland descendants in both states, and this August, the two communities — connected by slavery but separated by centuries and hundreds of miles — could be brought together for the first time.

Once Ms. Burnett and Mr. Violette shared what they had learned in Florida with those in Virginia, Waltine Eubanks, a Monroe descendant in Virginia, suggested inviting the Florida descendants to attend the annual Monroe homegoing celebration in Virginia next month.

“I want the treasure hunt to go on so that we find even more connections between these two communities,” Ms. Eubanks said. “We have the same roots, and we might even have the same bloodline. We might be cousins.”