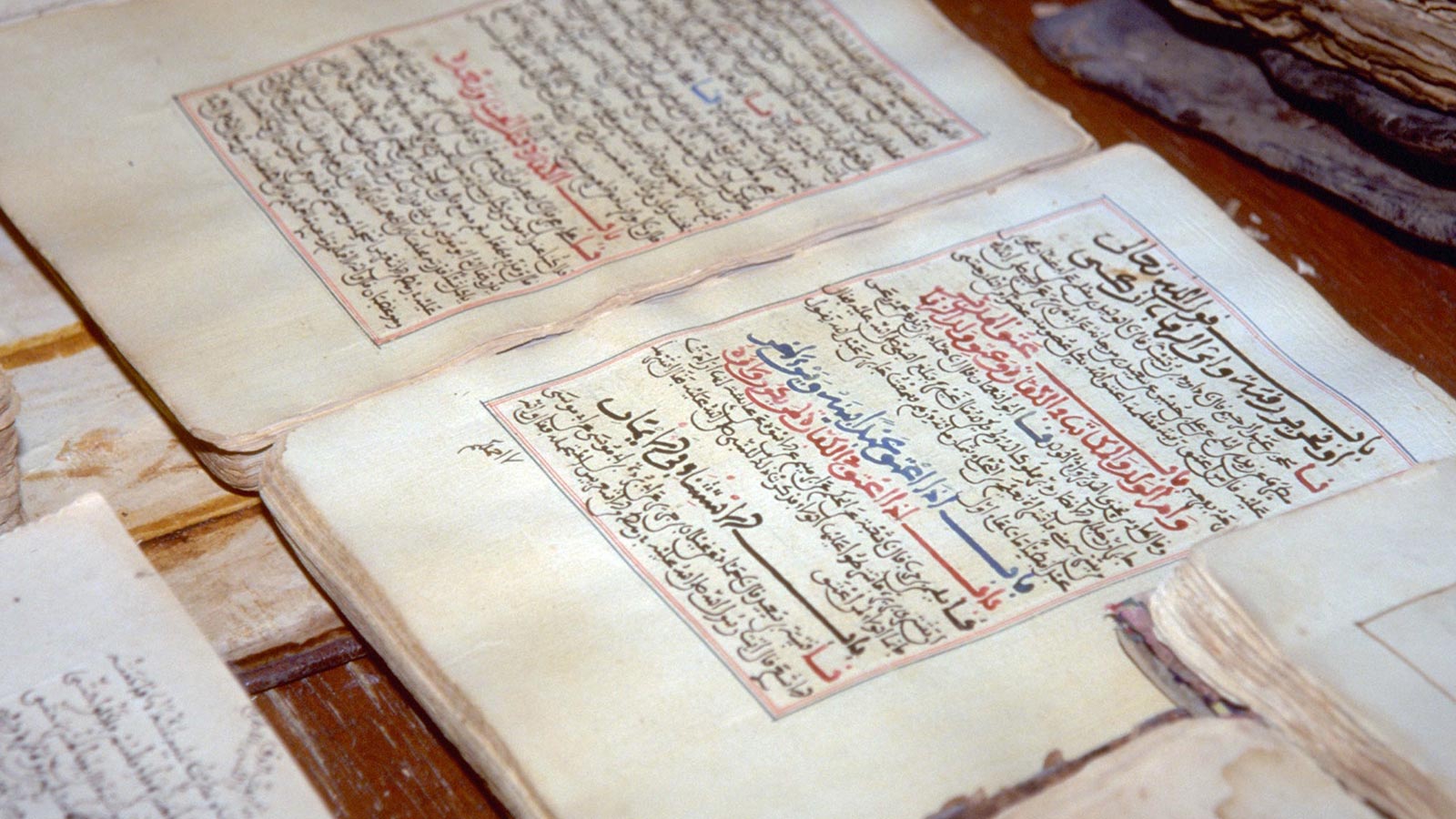 You Are Here: Home » Blog » Editors' Choice » Mathematics in Africa has been written out of history books – it’s time we reminded the world of its rich past

It is impossible to quantify how much the slave trade impacted the reputation of African mathematics, but we are slowly regaining a better perspective.

In Trinidad and Ghana, it’s known as susu. In Senegal and Benin it’s tontines. In Nigeria, where it began in the 1700s, it’s esusu. Whatever you call it, this system of large-scale money-pooling for mutual benefit shows that Africa has never had a problem with mathematics.

When we learn the history of mathematics, we tend to learn about the achievements of Greek, Hindu, Chinese and Arabic civilisations. If we learn anything about African mathematics, it’s almost entirely about Egypt. But sub-Saharan Africa has a rich mathematical history too – and it is possible that the world’s museums hold the key to bringing it back to life.

Sub-Saharan Africa has largely been written out of the history of mathematics because many of its traditions were passed down by word of mouth and then lost because of disruptive events such as the slave trade. It also suited Europeans to spread the idea that the peoples that they had captured and enslaved were not intelligent in any meaningful way. But the records we do have, some written, and some bound up in historical artefacts that give a glimpse of daily life, tell us that complex mathematics was always central to the activities of African civilisations, just as it always has been to civilisations in other regions of the world.

Some of the evidence comes from those who were in contact with slaves and slavers. European captains of slave-trading ships, for instance, marvelled at the mathematical abilities of the African traders they encountered. Sailors who made bargains with African slave dealers described them as “sharp arithmeticians” who could skillfully convert currencies and exchange rates in their heads. According to one account, a broker might have 10 slaves to sell, “and for each of these he demands 10 different articles. He reduces them immediately by the head into bars, coppers, ounces, according to the medium of exchange that prevails in the part of the country in which he resides, and immediately strikes the balance”.

That shouldn’t surprise us when we look at the number system used in the Yoruba language spoken in what is now Nigeria. The phrase for “forty-five” (ogoji marun) translates as “take five and 10 from three twenties”. It might sound cumbersome, but it is a sign of a people comfortable with subtraction and multiplication. The Yoruba started esusu (see chart below) too. Records of complex financial systems in pre-colonial Nigeria – banks and mutual societies, effectively – suggest that dealing with complicated accounts, loans, credits and debits was just part of everyday life. These were not people who were uncomfortable with mathematics.

The fact that the instructions for these systems of calculation were passed on by word of mouth makes it all the more impressive, but it also meant that the slave trade decimated their use. We know, for example, that at least one brilliant African arithmetician ended up enslaved in America. His given English name, after being stolen away from Africa at the age of 14, was Thomas Fuller. However, he was also known as the Virginia Calculator because of his extraordinary arithmetical skills. It is impossible to say how many more great mathematical minds were stolen away to Europe, the Caribbean and the Americas, their skills and tutelage lost to those who were left behind.

It is also impossible to quantify how much these losses impacted the reputation of African mathematics and contributed to 19th- and 20th-century notions of the intellectual inferiority of the African people. However, we are slowly regaining a better perspective.

To carry out the study, which was published last year, Crappier pulled together a team of collectors and mathematicians. Between them, they determined the masses of as many gold-weights as they could lay their hands on. The team ended up with records of 9,301 weights from museum and private collections around the world. The distribution of their masses showed that the system was based on the weights of West African seeds, not Arab measures, and they were used in sophisticated ways that helped convert between the various currencies of the Akan’s trading partners.

It shouldn’t be surprising that complex mathematics was developed and practiced in West Africa. The Sankore University at Timbuktu in Mali was home to many mathematicians, who used their skills in astronomy and accounting. The university became world-renowned during the 14th-century reign of Malian king Mansa Musa, the richest man in the world at the time. Mansa Musa used his vast gold reserves to attract the best scholars, establish libraries and educate hundreds of thousands of students.

We can see the legacy of centuries of African mathematics in some of the games that are still played throughout the continent. One, known by various names such as Ayo, Mankala or Lela, might look to western eyes a little like backgammon, but it involves using lightning-fast arithmetic skills that have long daunted casual observers.

There is almost certainly much more to bring to light. Crappier is now looking to collaborate with African scholars to delve deeper into the implications of his team’s discovery about the Akan gold-weights, for example. There are plenty of open questions, he says: how did the Akan people develop their sophisticated trading system? How did they manufacture the necessary weights and balances, and just how sensitive and accurate were they? The answers to these and other questions, which may still be scattered among the world’s museum collections, will surely help us rediscover the impressive but forgotten truth about African mathematical innovation.

Featured Image: Ancient manuscripts on display at the library in Timbuktu. Mali was home to many prolific mathematicians. (AFP/Getty)