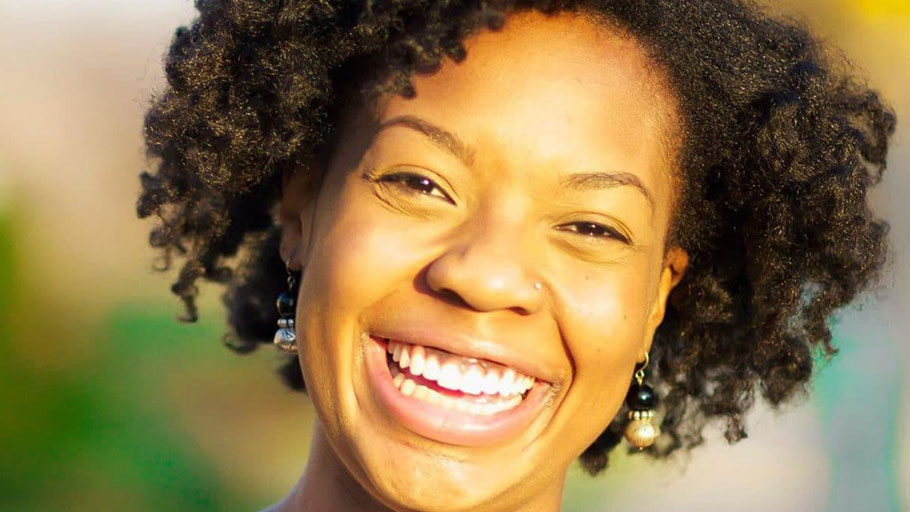 Meet Rhiana Gunn-Wright, An Architect Behind The Green New Deal

Rhiana Gunn-Wright was always curious about policy, even before she fully understood the term.

“Growing up I’d wonder about structures—in my neighborhood and schools,” the 29-year-old South Side Chicago native told ESSENCE. “What are the rules, who made the rules? You can’t just look at the surface.”

Raised by her mother, grandmother, extended family, and a caring “village,” the Yale grad and Rhodes Scholar now seeks to answer the questions she had in childhood as a national policy expert. A onetime White House intern for former First Lady Michelle Obama, she’s lent her expertise to the Detroit Health Department, the Institute for Women’s Policy Research, and the 2018 gubernatorial campaign of Abdul El-Sayed in Michigan.

“In policy, you’re typically behind the scenes and aren’t the public face,” the Washington, D.C. transplant told ESSENCE. “Noone knows your name. And that’s always been fine for me.”

Yet her profile has risen even more lately, as one of the lead policy gurus behind the Green New Deal—a sweeping plan to tackle climate change, jobs and justice.

While the Green New Deal has generated ample buzz, not everyone knows that a Black think tank in Chicago called New Consensus, led by organizer and Morehouse alumnus, Demond Drummer, developed details of the proposal.

“All legislation has to meet certain goals. Our team did a deep dive into the research,” said Gunn-Wright, the policy director of New Consensus. “I also wrote a section of the policy paper.”

Gunn-Wright collaborated with Robert C. Hockett, a Cornell University law professor, to co-author the research paper “The Green New Deal: Mobilizing for a Just, Prosperous, and Sustainable Economy,” which was published in January 2019.

Under the heading “An Insistence on Inclusion” she writes: “The Green New Deal aims to modernize our economy comprehensively so that we no longer have to poison our environment, subsidize decaying infrastructure, and sacrifice poor and working-class communities to all manner of pollution and environmental degradation.”

A 2017 report from the NAACP and Clean Air Task Force found that African Americans face disproportionate risks of health problems stemming from pollution.

For instance, more than one million African-Americans live within half a mile of an oil and gas operation, and more than six million live in counties with a refinery.

The organization looks forward, Tayloe said, to passing “legislation that has a clear timeline for ending our dependence on fossil fuels – which disproportionately pollutes the air, water, and soil where frontline, vulnerable, and Indigenous Peoples live, work, and play.”

Dozens of national organizations have also endorsed the measure including: Sierra Club, Green for All/Dream Corps, Honor the Earth, Earthjustice, and the League of Conservation Voters (LCV), to name a few.

In a statement provided to ESSENCE, League of Conservation Voters president Gene Karpinski said in part: “The climate crisis is a problem of epic proportions that requires a level of ambition just as big. This is an all-hands-on-deck moment, and now is the time to challenge ourselves as never before.”

While the Green New Deal has its supporters—including multiple members of the Congressional Black Caucus—the measure has faced obstacles in Congress.

A Senate vote in March did not pass. There’s been partisan maneuvering, and most Republicans, and some Democrats, don’t support it.

That said, there are many people who see the measure as a sign of hope for the future of America.

Gunn-Wright—who entered the policy arena so she could analyze complex issues, then craft solutions designed to benefit people, communities and society—remains hopeful.

“The last time I went home, I visited with my grandmother, Bertha Gunn, who will turn 90 in May. She told me: `You’re doing the work I always wanted to do. Noone would listen to me, but they’re listening to you.’ That makes me happy.”