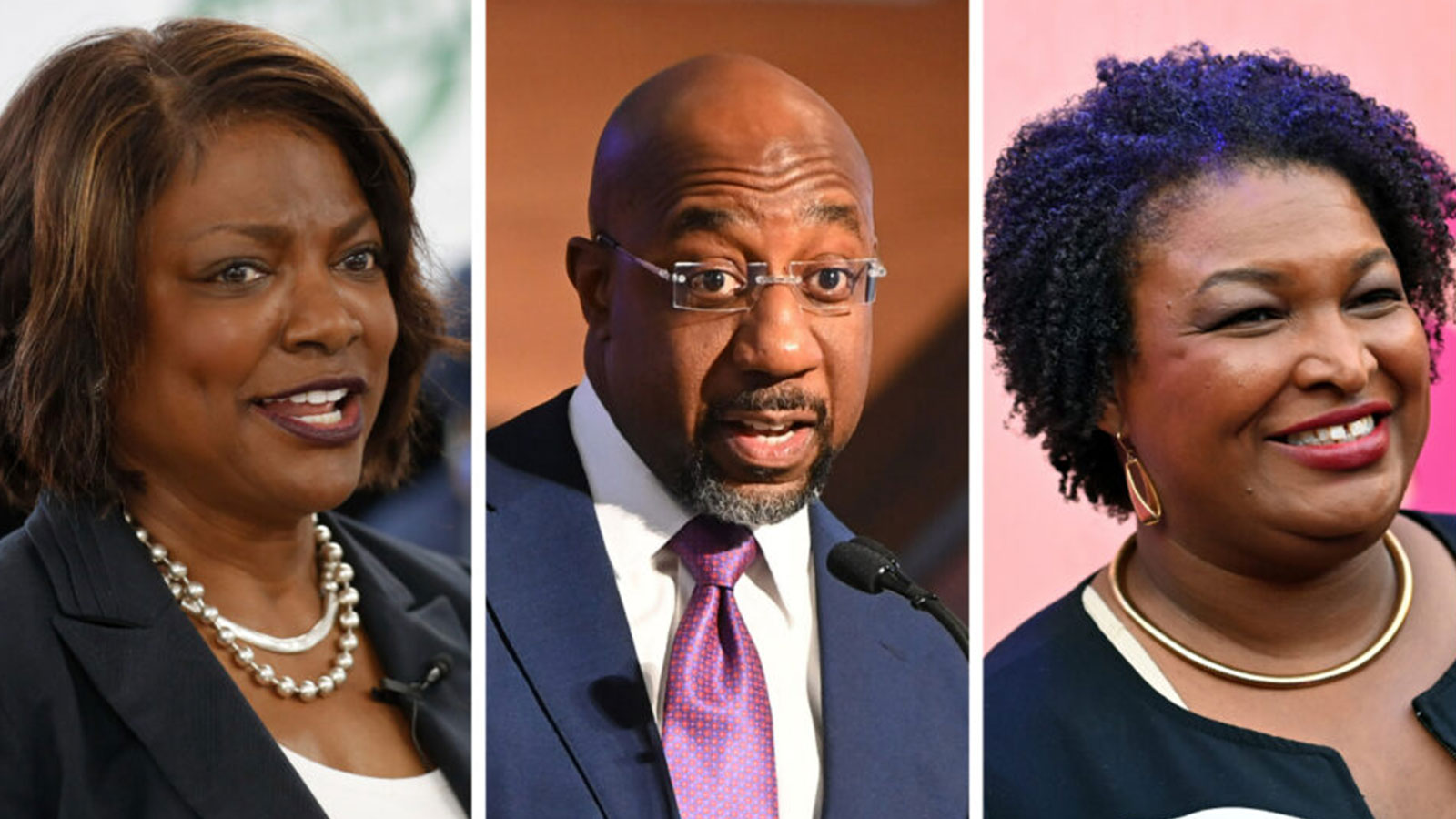 Midterm elections weeks away, record number of Black candidates running for office — here’s what you need to know

You Are Here: Home » Blog » Editors' Choice » Midterm elections weeks away, record number of Black candidates running for office — here’s what you need to know

A record number of Black candidates will run for office in the 2022 midterm elections including 16 Democrats and three Republicans.

A record number of Black candidates will run for office in the 2022 midterm elections, including 16 Democrats and three Republicans.

Not only is this midterm election a record for Black candidates, it’s also a stark indication of this country’s history of racism in politics. Since 1880, just nine Black senators and two Black governors have been elected.

Many of the candidates in this year’s midterms face an uphill climb, but Black Americans are getting increasingly involved in politics and are fighting for a say in how the country is run. With the midterms less than one month away, it’s important to know the candidates and their positions.

The two faced off in 2018, which Kemp narrowly won – although, it was later determined that Kemp purged voters in the state from voting rolls. As governor, Kemp signed an elections restrictions bill into law, but that hasn’t stopped Abrams from getting out and talking to voters. Nor has it stopped Abrams from being optimistic about her chances, adding that it’s important for voters to know the rules in their state.

“We know that when we turn out, it’s harder to stop all of us from what is encouraged, everyone needs to understand the aggressive voter suppression tactics in their community and make a plan to vote early,” Abrams told BLACK ENTERPRISE.

Make sure you understand what the rules are.

In Georgia, early voting starts Oct. 17 and runs up to Nov. 4. We also have Saturday and Sunday voting, but what is so much more important than anything is showing up because when we show up they cannot shut all of us down. That’s what we saw in 2020.”

Another race in the Peach State features two Black men. Sen. Raphael Warnock, who won the seat by defeating former Republican Sen. Kelly Loeffler in a special election in 2020, will fight to keep his seat against former NFL running back, Herschel Walker.

The race has been largely focused on Walker’s personal life rather than politics, as he’s faced questions about his children, history, and stance on abortion. The two men held their lone debate Friday but once again, the biggest moment had nothing to do with politics as Walker pulled out an honorary sheriff’s badge during a discussion over support for police.

Warnock, meanwhile, has run a relatively quiet campaign, as he seeks his first full term. He’s raised more than $60 million and is leading by almost four points over Walker in the latest FiveThirtyEight poll.

In Wisconsin, Black Democratic Senate Nominee, Mandela Barnes, is in a virtual tie with Sen. Ron Johnson (R), a former accountant and businessman, in a race many are calling a toss-up.

Barnes, a Milwaukee native and the second Black elected official in the state, is running on a platform of police reform, protecting social security, and boosting manufacturing in the state. The two debated on Friday, October 8, during which Johnson called Barnes soft on crime, and blamed Democrats for rising inflation.

Meanwhile, Barnes attacked Johnson for not supporting a statewide minimum wage increase, his anti-abortion stance, and his denial of climate change.

“The climate has always changed, always will change,” Johnson said during the debate, according to the Associated Press. Johnson added that the federal government should worry less about carbon emissions and more about “real pollution.”

In the sunshine state, U.S. Rep. and former Orlando police chief, Val Demings (D), has been leading in the polls against Florida Republican Sen. Marco Rubio, but is still trailing 47% to 42%.

According to The Hill, support among Hispanic voters is evenly split between the two at 45% each. Demings recently called out Rubio for skipping the vote on FEMA disaster aid for Florida after Hurricane Ian, which the entire Florida Republican House Caucus voted against.

“For Marco Rubio not to vote at all and not showing up, in absence, is a no,” Demings told Joy Reid on The Reid Out.

And so when people needed him the most in Florida, in his home state, he was not there and so there certainly should be a price for him to pay, Florida deserves better.

The former cop has also pushed back on Rubio’s anti-abortion stance, comparing it to slavery and telling voters at a recent campaign event, “We know what that feels like, and we are not going back.”

Rubio and Demings are scheduled to participate in a debate on Tuesday, October 18.

Sanders has been out of the spotlight in recent weeks as she had surgery, but she still has an eleven-point point lead in the polls over Jones and her plan seems to be to avoid the media. The former Trump staffer supports school choice, wants to reinstate the work requirement that was tied to the state’s Medicaid expansion until a judge struck it down in 2019, and wants to get rid of the state’s income tax.

Jones, an MIT alum, is running a campaign of improving the state’s education system, making infrastructure upgrades across the state, including the internet and supporting economic development, something he already does as the former executive director of the Arkansas Regional Innovation Hub.

There is a debate scheduled for Friday, Oct. 21, but Sanders has declined to participate leaving Jones and Harrington to participate.

According to the Washington Post, the two men clashed during their debate last week on almost every subject including abortion, crime, LGBTQ rights, election integrity and whether the racial wealth gap exists.

Moore holds a 32-point lead over the far-right Republican endorsed by Trump the Post reports. His plan for Maryland includes unlocking opportunities for the state’s Black families, a cradle-to-career education pipeline and protecting reproductive rights.

Other Black candidates running in the 2022 midterms include Democrat Sheri Beasley, who will go up against businessman and U.S. Rep., Ted Budd; Black Republican candidate, Joe Pinion, is running for the U.S. Senate in New York against Sen. Chuck Schumer; and South Carolina Black Republican, Tim Scott, who is running against Democrat Krystle Matthews.