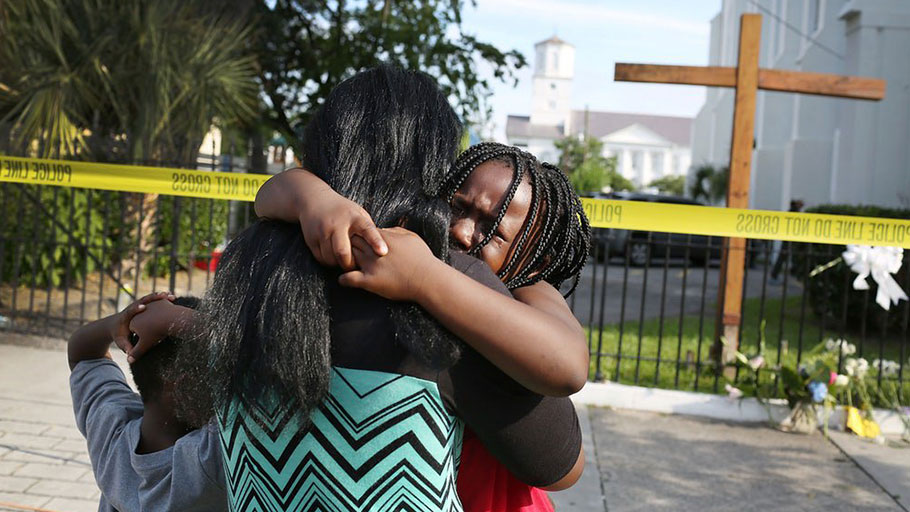 Racial Terror and the Second Repeal of Reconstruction

You Are Here: Home » Blog » Editors' Choice » Racial Terror and the Second Repeal of Reconstruction

How the legacy of Jim Crow haunts Trump’s America

This April, PBS aired a groundbreaking documentary series on the fate of Reconstruction—and therefore of Black America. Featuring more than 40 scholars (myself among them) and Black descendants of key figures in Reconstruction’s history, this copiously researched chronicle also doubles as a powerful and chilling window on to our own age of violent and resurgent white nationalism. With nuanced commentaries about the rise and fall of Reconstruction, the series revealed how African Americans—in the words of W.E.B. Du Bois—emerged from bondage, and stood briefly in the sun before being returned to the unyielding weight of white supremacy.

The repudiation of Reconstruction’s initial promise was launched in shockingly brutal fashion, via a burgeoning series of massacres and lynchings, carried out by white vigilantes and law enforcement officials alike against Black people. As Southern Redeemers worked to put down burgeoning alliances between Blacks and whites—a coalition that foreshadowed precisely the class-based politics now rhetorically championed by left and liberal critics of “identity politics”—Black bodies served as the scapegoats; their ritual sacrifice permitted postbellum whites to reunite across class and region.

This vicious scourge of lynchings and mass killings was perhaps the decisive factor in reducing Black representation to nothing by the early part of the twentieth century. It’s important to note, though, that like all concerted denials of Black civil and political rights, this campaign was not inevitable. Had the Supreme Court not hamstrung the federal government from protecting its citizens from massive violence, effectively nullifying the transformative possibilities of the Civil War, the white supremacist hold on national politics might have given way to a far more robust vision of democratic pluralism. But radical Republicans lacked the raw political power to triumph over an ideology of white supremacy that shaped the foundations of our federal Constitution.

As Henry Louis Gates Jr., the documentary’s host, makes plain throughout the series, this shameful chapter in American history is no antiquarian set piece in the age of Trump. Indeed, the same day that Reconstruction debuted, the House Judiciary Committee convened a hearing on the resurgence of white nationalist violence. Anyone seeing the Judiciary panel’s inquiry alongside the PBS series could be forgiven for thinking that our baseline structures of power are still mostly arrayed around the projection of violent force behind white privilege. With dismaying formulaic rigor, the actions of “both sides” came in for criticism, even as the overwhelming body of evidence shows that white nationalist attacks have surged exponentially over the last few years both domestically and abroad. And in a real-time illustration of just how ineffectual this rhetorical mopping-up operation was, YouTube was forced to pull the plug on its comments system, which became overrun with vicious hate speech … as congressional investigators addressed the malignant spread of racialized hate speech on YouTube.

Beyond such pantomimes of elite concern, a real crisis of racial violence has taken root. In April, The New York Times conducted an analysis of data gathered by the National Consortium for the Study of Terrorism and Responses to Terrorism, a nonprofit organization that tracks terrorist attacks, and estimates that hate crimes have spiked in recent years. According to the Times’ summary, white extremist violence—“an umbrella term encompassing white nationalist, white supremacist, neo-Nazi, xenophobic, anti-Muslim and anti-Semitic ideologies”—accounted for about one-third of such attacks in the United States from 2011 to 2017. This spring, to take but one shocking-yet-now-commonplace example, Holden Matthews, the 21-year-old son of a Louisiana deputy sheriff, was arrested for allegedly setting fire to three predominantly Black churches. Matthews was charged with arson and then hate crimes, but it is telling that he has yet to be charged with terror-related offenses. A report by the Brennan Center for Justice noted that there is a tendency to charge white supremacists with hate crimes but not with domestic terrorism, even though many perpetrators of hate crimes meet the formal and legal definitions of terrorism. Neither Dylann Roof, the killer of eight Black parishioners in a Charleston, South Carolina, church, nor James Alex Fields Jr., who killed white counter-protester Heather Heyer during the 2017 Unite the Right rally in Charlottesville, Virginia, for example, was charged with committing an act of terrorism.

The consequences of this distinction are material: Hate crimes do not generate anywhere near the same commitments of resources and legal attention that terror crimes do. As the report by the Brennan Center for Justice notes, “failing to regard deadly far-right violence as ‘terrorism,’ when both violent and nonviolent crimes perpetrated by Muslims are routinely treated as such, reduces the relative import of far-right violence in the Justice Department bureaucracy. It also sends a public message that the security of minority communities is not a top priority.” When the government has made an effort to tackle the problem of white nationalist terror head-on—most famously, when Obama’s Department of Homeland Security issued a report on violent right-wing extremism—a sustained barrage of aggrieved white conservative outrage has promptly ensued. The Obama White House, ever rattled by the specter of white resentment, buried the report and its findings. Now, of course, the cost of downplaying and dismissing such warnings has proved steep indeed, as the nexus between right-wing extremism and vigilante terror attacks has only become stronger in the Trump era. Indeed, recent research has shown a direct rise in hate crimes in communities that host Trump rallies. As a thought experiment, consider the likely political outcome if any group of terrorists linked their agenda to Obama, if dozens of people had lost their lives at their hands, and if Obama had declared that there were “very fine people” in the group. There’s no scenario that wouldn’t have resulted in, at a minimum, the unrelenting condemnation of his presidency—and just as likely, formal impeachment proceedings. Redeemer politics is now so deeply embedded in the country’s racial DNA, in other words, that it treats right-wing hate speech as an extension of business-as-usual—and its Black equivalent as anathema.

Other racial blind spots abound on the liberal side of the aisle. The Democratic Party’s various appeals designed to mollify the race-based rancor of angry white men all quite uncomfortably echo the Republican capitulation to anti-Reconstruction forces in the nineteenth century. Like their Redeemer forebears, today’s Democratic diagnosticians of the Trumpist malaise typically traffic in misleading euphemisms that naturalize a wider politics of unexamined race privilege. They routinely decry the party’s alleged abandonment of the “working class”—a broad-brush indictment that obscures the wide support Trump drew from whites of all classes, as well as Hillary Clinton’s plurality of support from working-class Americans.

Surveys of Trump’s base reveal that they are most likely to believe that whites are discriminated against as much as people of color. It’s thus been no great stretch for our centrist-liberal pundit class to zero in on “identity politics” as the spoiler of first resort for what it deems a viable Democratic coalition—an all-purpose defamatory shorthand that serves to strategically marginalize mobilizations against anti-Black racism, xenophobia, Islamophobia, and homophobia. The tacit condition for reclaiming the political allegiances of our white male brothers is a stern pledge to jettison this “divisive” rhetoric; to return, at bottom, to some imaginary historical moment when the multifront campaign for racial and civil equality somehow entailed no material transfer of power from the nation’s ruling white caste.

As PBS’s Reconstruction reminds us, such moments in our history could never long survive the pressures of the white federal power structure. And today’s plea to abjure equitable inclusion as destructive identity politics is a clear rehearsal of Redeemer politics in the era of Trump. Reconstruction effectively ended when Republican commitments to Black constituencies gave way to the hardening of anti-Black ideologies—not simply among the Redeemers themselves, but among Republican leaders and Northern media outlets, who’d previously been prominent allies of the freedman. Students of our racial past understand all too well that another such repudiation is always just one rhetorical move—or election cycle—away.

Kimberlé Williams Crenshaw is the founder and executive director of the African American Policy Forum.