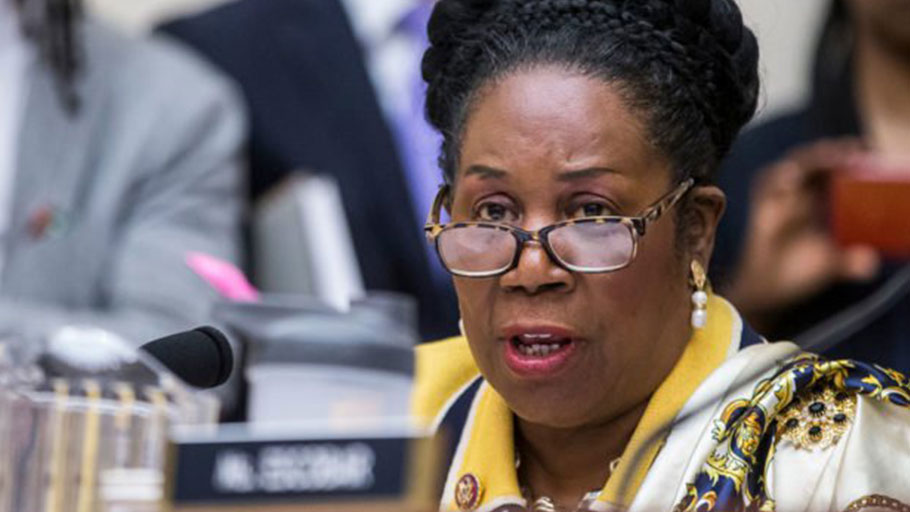 Congresswoman Sheila Jackson Lee is seeking reparations and more for Black Americans as a result of slavery.

The subject of reparations is an often trending topic but lawmakers are hoping to bring it to fruition. Today, the first day of legislative business, Congresswoman Jackson Lee is submitting H.R. 40, the Commission to Study and Develop Reparations Proposals for African Americans Act. Her goal with the legislation is to study how slavery impacts our country today and a monetary payout. 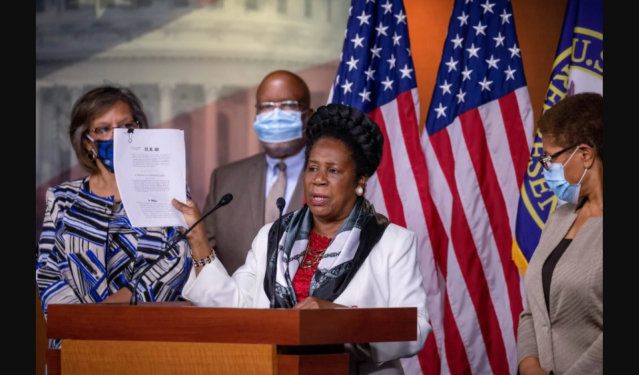 “Today there are more people at the table — more activists, more scholars, more CEO’s, more state and local officials, and more Members of Congress,” per a press release obtained by theGrio. “However, despite this progress and the election of the first American President of African descent, the legacy of slavery lingers heavily in this nation.”

“While we have focused on the social effects of slavery and segregation, its continuing economic implications remain largely ignored by mainstream analysis. These economic issues are the root cause of many critical issues in the African American community today, such as education, healthcare, and criminal justice policy, including policing practices. The call for reparations represents a commitment to entering a constructive dialogue on the role of slavery and racism in shaping present-day conditions in our community and American society.”

The late Rep. John Conyers first introduced this legislation in 1989 and brought it to the floor every year until he retired in 2017. 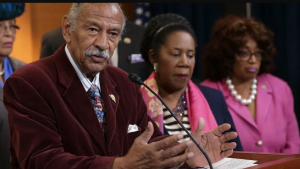 Rep. John Conyers (L) (D-MI) joins other House Democrats at a press conference calling for a Senate vote on the nomination of Loretta Lynch to be the next Attorney General March 19, 2015 in Washington, DC. Also pictured is Rep. Shelia Jackson Lee (2nd R) (D-TX). (Photo by Win McNamee/Getty Images)

“John Conyers said to move on and to lead on, and for us to take this forward. Thank you, Congressman John Conyers, for all that you have done,” said Jackson Lee at the time, The Detroit News reported.

“I just simply ask, why not and why not now? If not all of us, then who? God bless us as we pursue the final justice for those who lived in slavery for 250 years in the United States of America.”

Jackson Lee has sponsored it since and did so again last year following the death of George Floyd.

“In short, the Commission aims to study the impact of slavery and continuing discrimination against African-Americans, resulting directly and indirectly from slavery to segregation to the desegregation process and the present day. The commission would also make recommendations concerning any form of apology and compensation to begin the long delayed process of atonement for slavery,” the release continued.