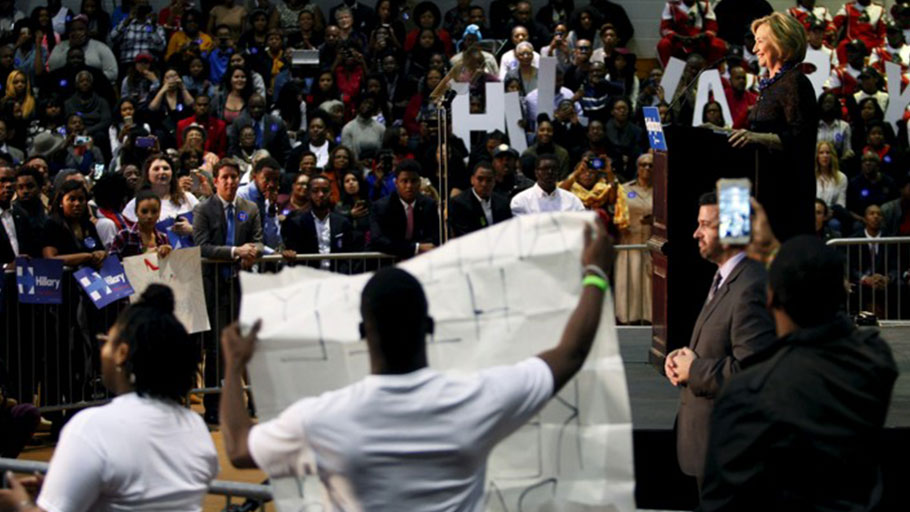 You Are Here: Home » Blog » News & Current Affairs » Russian Trolls and the Trump Campaign Both Tried to Depress Black Turnout

Two new reports released by the Senate Intelligence Committee underscore how much the Internet Research Agency targeted African Americans—echoing efforts by the campaign.

By David A. Graham, The Atlantic —

Perhaps the most striking takeaway from a pair of new reports released by the Senate Intelligence Committee is the consistency and persistence with which Russian trolls sought to depress the black vote in the 2016 election.

That workers for the Internet Research Agency—a “troll farm” with close ties to the Kremlin—targeted African Americans has been clear for more than a year, emerging in a series of reports in fall 2017, and then receiving new attention in Special Counsel Robert Mueller’s February 2018 indictment of the IRA and several associated individuals.

But the two reports, commissioned from Oxford University’s Computational Propaganda Project and New Knowledge, provide an overwhelming amount of detail and information. There’s a remarkable amount of crossover between the Russians’ tactics and what the Donald Trump campaign said it was doing late in the 2016 race.

According to the Oxford team, African Americans were the single group targeted most heavily by the IRA—and it wasn’t even a close margin.

“Messaging to African Americans sought to divert their political energy away from established political institutions by preying on anger with structural inequalities faced by African Americans,” the report states. “These campaigns pushed a message that the best way to advance the cause of the African American community was to boycott the election and focus on other issues instead.”

Many of these messages were explicit, talking at length about how not voting was the right step, and attacking Hillary Clinton for past statements, such as a 1990s comment about “superpredators.”

The New Knowledge report concurs, noting that “the most prolific IRA efforts on Facebook and Instagram specifically targeted black American communities.” A sprawling visualization in the report shows the extent and interlinkage between various parts of the push—the graphic is such a mess of spaghetti ties that it’s almost impossible to track individual connections, which seems like the point. New Knowledge, too, highlights the extensive voter-suppression efforts.

Persuading African Americans to stay home was a staple of the Trump campaign’s approach, too. Barack Obama had twice won the presidency by motivating black turnout. Trump’s path to victory hinged on getting as many white voters to come out as possible while hoping the Obama coalition stayed home—or persuading them to do so.

Trump enacted a crude version of this from the stump, attacking Clinton and Democrats for their treatment of black voters, but making only peremptory, sloppy attempts at outreach (“What the hell do you have to lose?”), while continually treating minorities as an other. Meanwhile, his campaign was conducting a more elaborate version electronically, as Businessweek reported in late October 2016:

Instead of expanding the electorate, [the campaign chairman Steve] Bannon and his team are trying to shrink it. “We have three major voter suppression operations under way,” says a senior official. They’re aimed at three groups Clinton needs to win overwhelmingly: idealistic white liberals, young women, and African Americans.

The reporters Joshua Green and Sasha Issenberg described an animation that a staffer had produced with cartoonish characters, reenacting Clinton’s “superpredator” remark. As officials told them, this was part of the attempt to persuade black voters to stay home.

At the time of the story, this seemed amateurish to many observers—the Clinton campaign was believed to possess a fearsome data machine, while the Trump team was messing around with memes. Then came the election results, with Clinton’s shocking loss. In retrospect, it’s clear just how powerful this kind of lo-fi influence operation can be, even if it’s impossible to calculate the specific impact it had on the election.

The new reports don’t just show the scale of the Russian efforts—they also show how similar the content and techniques of the IRA and the Trump campaign were. Trump’s critics have speculated about possible coordination between the Trump campaign and Russian trolls, but so far—despite the many Trump associates who had contacts with Russian officials, no evidence has appeared connecting the campaign to the IRA.

In fact, it’s easy to imagine that the Russians were simply making informed choices based on what the Trump campaign was doing publicly. As any independent expenditure group can attest, being banned from communicating with a campaign doesn’t even begin to prevent you from discerning that campaign’s message and amplifying. Moreover, the Russians wouldn’t have needed much originality to hit on exploiting racial divisions within America, because, as Julia Ioffe has written, that was a well-established Soviet tactic long before Trump or Facebook.

But the congruency of the Trump and Russian efforts is notable, even in the absence of any coordination, because the president continues to deny—contra most members of his own administration—that the Russians even intervened in the 2016 election at all, much less to aid him. His denials are incredible, in the literal sense of the word, but the new evidence of how closely Russian tactics mirrored his own makes the way Moscow tried to help elect Trump even clearer.

The help could have had a powerful influence on the election results, too. New Knowledge concludes that Russian operations were more successful in penetrating the black community than any other group that was targeted. And prior analyses have found that declining black turnout in key states that Trump narrowly won, such as Michigan, Wisconsin, and Pennsylvania, could have made the difference. Clinton would likely have struggled with black voters even without the IRA and the Trump campaign helping to depress turnout, but it turns out those memes weren’t nearly as childish, or as low-tech, as they seemed.