You Are Here: Home » Editors' Choice » Ta-Nehisi Coates on The Great Chicago Fire 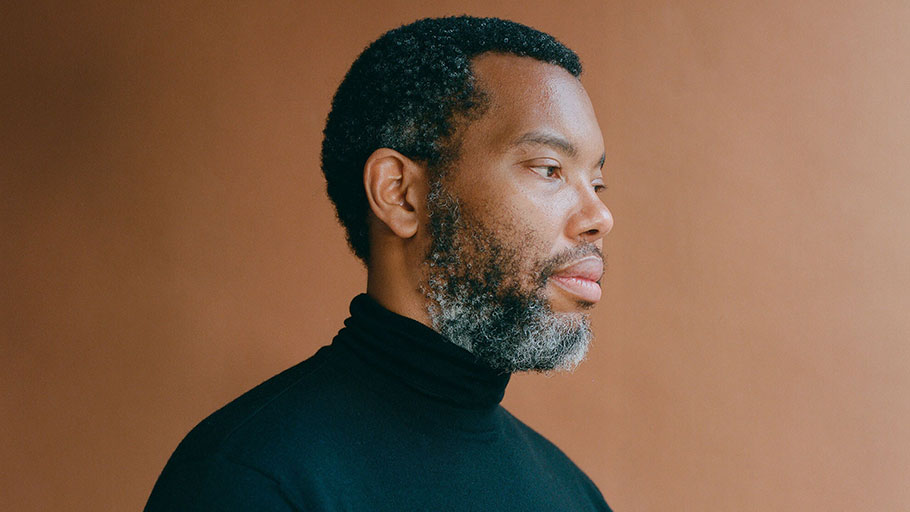 “Whiteness thrives in darkness,” Coates writes. “So it was with the slave narrative. So it is with the cell phone.”

Last year Chicago poet Eve L. Ewing published 1919, a volume that channels her city’s Red Summer into blues. It is a magical work. The voices of house-keepers and stockyard hands are summoned. The thoughts of trains carrying black people north are conjured up. The doom of a black boy is told to the rhythm of a jump rope. The centerpiece of this bracing work is “True Stories About the Great Fire,” a poem inspired by the belief among white Chicagoans that the first Great Migration to the city was “the worst calamity that had struck the city since the Great Fire” of 1871, which took hundreds of lives and burned out the heart of the city. The implications of this equation are haunting. Once a people become a “calamity,” all means of dealing with them are acceptable. I have not yet watched George Floyd’s murder in its entirety, but I have seen enough of the genre to know the belief in black people as disaster, as calamity, as a Great Fire upon the city, has not yet waned.

I don’t know if there is a better way of explaining the police publicly torturing a man on a bright city street. I don’t know how else to think about the killing of Walter Scott, save that an agent of the state had considered him an offense to God. I don’t know what explains Botham Jean nor Atatiana Jefferson, killed in their own homes, save some perverted act of fire prevention. I see the face of Elijah McClain—his deep brown skin, his Mona Lisa smile, his eyes flush with nothing so much as the wide, willing magic of youth—and I think there can be no justification for erasing this young man, save the belief that he is not a man at all, that he is both more and less; that he is Mike Brown, bulking up to run through bullets, that he is Trayvon Martin, irradiated by Skittles and iced tea; that he is Amadou Diallo, whose wallet glinted like a gun.

I don’t know how else to comprehend the jackboots bashing in Breonna Taylor’s door and spraying her home with bullets, except the belief that they were fighting some Great Fire—demonic, unnatural, inhuman.

If terror and self-deception explain the present craven order, they cannot explain the uprising against it.

The logic here is obvious. To plunder a people of everything, you must plunder their humanity first. To despoil the peasantry of Europe, it was necessary to regard them as a class condemned to “eat thistles and briars” and “go naked on all fours.” Only after the English told themselves they were warring against cannibals and drinkers of blood could they devastate the Irish. To massacre the children of the Cheyenne and Arapaho would be a great crime. But to exterminate the “nits” who were to grow into “lice” was wholly permissible. And so it is with the children of the enslaved, regarded, to this very day, as a Great Fire consuming white maidenhood, immolating morality, and otherwise reducing great civilizations to ashes.

There is an insidious cost to this—a man invents a monster to justify his brutality, only to find the monster is within. For fear of Fire, America has turned its worldly affairs over to a barbarian game show host, presently selling charlatanism while pandemic races across the land.

This story is old—older than 1919, and older than 1619. But if terror and self-deception explain the present craven order, they cannot explain the uprising against it. To date, that uprising, which did not begin this year, spans from Ferguson to Baltimore to Minneapolis to Salt Lake City to London to Tokyo. The implications have been profound. The killers of Corey Jones and Laquan McDonald are in prison. In India, the makers of skin lightener are being forced to face the implication of their product. In the United Kingdom, statues of slave traders are falling. The private army sent to Portland has been defeated. Washington, D.C.’s football team, which once pledged itself to a racist banner, has been rendered literally nameless.

This is a movement with all the problems of any movement—surely the absurd portrait of a banker taking a knee before a vault will not be its last perversion. And yet the math is clarifying: Black Lives Matter was still meeting disapproval in the wake of Heather Heyer’s murder, but by the time of George Floyd’s, those trends had reversed. Large majorities of Americans now acknowledge that racism and police brutality are problems. Something is happening, and I think to understand it, we must better understand the nature of this Great Fire.

When will the wall of moms be breached? How many Heather Heyers
can a privileged class take?

Last month congressman Ted Yoho decided to publicly deride his colleague Alexandria Ocasio-Cortez as a “fucking bitch,” and fellow congressman Roger Williams lent an assist. But more telling than the act was Yoho’s denial that any such words had been uttered. For Yoho to admit that he’d committed such a vile act would have degraded him. For Williams to have stood by and watched the vile act would have degraded him further. Evil exacts a toll on both the donor and the recipient. Thomas Jefferson, oracle of American liberty, was most sublime when lamenting the effects of enslavement on enslavers such as himself. “There must doubtless be an unhappy influence on the manners of our people produced by the existence of slavery among us,” wrote Jefferson. “The man must be a prodigy who can retain his manners and morals un-depraved by such circumstances.”

One way to both do evil and preserve one’s “manners and morals” is to emit a smog of euphemisms—extraordinary rendition, enhanced interrogation, peculiar institution, heritage not hate. In the wake of Bloody Sunday, a dissembling George Wallace recast native Alabaman John Lewis as an “outside agitator.” But beneath a rain of blows, Lewis, blazing at the highest flame, illuminated the stark brutality of Jim Crow for the whole world to see. Whiteness thrives in darkness. It has to—because to assert itself in full view, to admit to calling a congresswoman a “fucking bitch” to her face, is to have one’s own “manners and morals” degraded. A thousand Eric Garners will be tolerated, so long as they are strangled to death in the shadows of the American carceral system, the most sprawling gulag known to man.

And so evil does its business in the shadows, ever-fearing not the heat of the Great Fire but the light. To clearly see what this country has done, what it is still doing, to construct itself is too much for any human to take. So it was with the slave narrative. So it is with the cell phone. The reaction of the beholder is physical. They double over in disgust. They wail on the floor. They punch the air. They pace the room until they are at last compelled out of their sanctuary, out of their privilege, out into the streets, out into the diseased air, to face off with the legionaries who guard the power implicit in their very names.

Voting alone has never been enough to protect anything—least of all the vote itself.

It is an impressive thing, this Great Fire, but it is not omnipotent. It is endangered not just by corporate co-option, but by those who venerate “the art of the possible” like an 11th commandment. Even now it is said that only on November 3 will we truly know how bright the Fire burns. “Don’t boo. Vote,” we are told, when in reality we should do both. In 2018, New York State elected a slate of liberal legislators. The repeal of 50-a, a law which sealed police misconduct records, topped their list of reforms. But it wasn’t until June 12—amid a national movement of protest—that the political will amassed to take the law off the books. Voting is civic hygiene—both essential and insufficient. And voting alone has never been enough to protect anything—least of all the vote itself. In 1868, America cried black suffrage and Reconstruction; eight years later it chose Red Shirts and Redemption. In this way the path to a post-racist democracy was rejected, and America set down the dark road to 1919.

Thus from the vantage of America’s own record, the question is not will the protesters get out and vote, it’s will the voters continue to protest? How many Navy veterans will give an arm to force their country to keep its words? When will the wall of moms be breached? How many Heather Heyers can a privileged class take? Already we hear the music—Trump is the first racist president. This is not who we are. America is better than this—seeking to take us back to a world where Malice Green and Eleanor Bumpurs were simply the price of doing business. I would like to think it is different this time, and indeed there is math that says so. It must be remembered that in 2016, the candidate of white supremacy lost the popular vote.

It is possible, then, that for the first time in American history, a legitimate anti-racist majority is emerging and thus giving birth to a world beyond Founding Father idolatry, where we can seek not merely to defeat the incumbent president, but to erase his entire philosophy out of human existence.

Certainly the activists, artists, and writers assembled in these pages hope that such a world is in the offing, full knowing that we can never depend on it. We are enrolled in the longest war, ancestral, generational, impatiently waiting for the Fire to take effect. “And we can wait a long time,” as Ewing tells us. “And the Fire can too.”

Ta-Nehisi Coates is the award-winning author of the nonfiction best sellers The Beautiful Struggle, We Were Eight Years in Power, and Between the World and Me, as well as a novel, The Water Dancer.