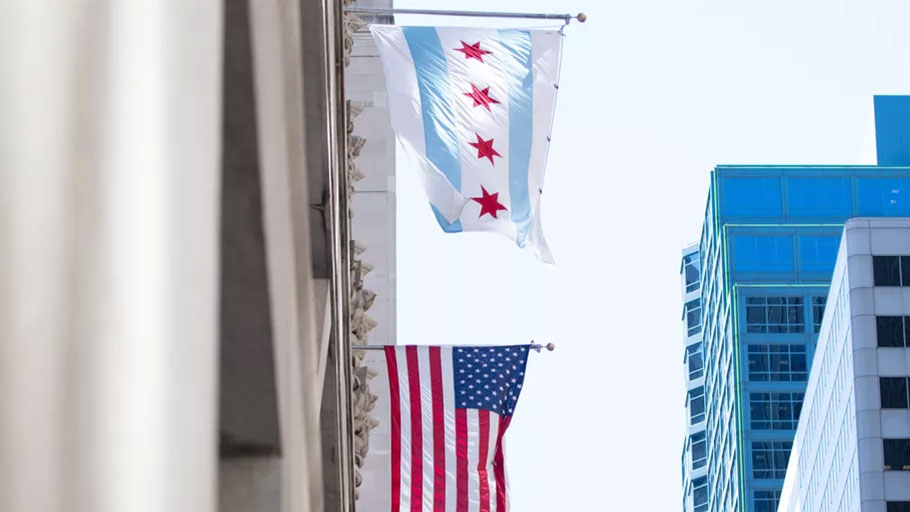 At a time when the death of George Floyd has triggered a racial reckoning across the nation, Aldermen Shirley Coleman and Andre Vasquez must confront Chicago’s long, documented history of segregation and inequity.

Coleman, daughter of former Ald. Shirley Coleman (16th), will serve as chairman. Vasquez will be the vice-chairman.

At a time when the death of George Floyd has triggered a racial reckoning across the nation, the reparations subcommittee will be asked to confront Chicago’s long and documented history of racial segregation and inequity — in housing, education, employment, criminal justice, health care and life expectancy.

“I am so honored … that you thought enough of a girl from Englewood to help lead this … well-needed topic for our city,” Coleman told Ald. Roderick Sawyer (6th), the City Council’s champion for reparations, who chose the subcommittee’s leadership.

Coleman can’t wait to get started “so generations to come will know what reparations mean,” she said.

“The significance of Juneteenth and other independence days and … what that means to people of color, especially Black people. What it means of the history that has been lost that our children have not been exposed to,” Coleman added.

The significance of a Black-Brown leadership team was not lost on Vasquez, who openly referred to political tensions between Blacks and Hispanics that have existed in Chicago since the coalition-building days of former Mayor Harold Washington.

“It’s often that we get divided between Black and Brown when it comes to the city. When it comes to resources, hiring, equity across all fronts. There is the crabs-in-the-barrel mentality of, ‘If someone else is getting something, maybe our community isn’t,’” Vasquez said.

“To be the person who can be a bridge to have those conversations — as well as being a majority white ward” is pivotal, he added. “I’ve reached out to make sure that we schedule a North Side conversation on reparations so that everyone in the city understands why it’s necessary for us to not ignore — not only this country’s, but this city’s, original sins and make sure we make amends for it.”

Last fall, the city of Evanston made history with groundbreaking legislation establishing a $10 million reparations fund, paid for through a cannabis sales tax.

“When we see cities like Evanston that has a tax that goes toward reparations, we have a lot to work on here to make sure we’re not getting one-upped in that regard,” Vasquez said.

On a day when it would have been easy to focus on how far this segregated city has to go, Vasquez couldn’t help but remember how far Chicago has come.

“I think about in the `80 and `90s and even now, reparations being such a touchy subject that people wouldn’t even approach. The second you would mention it, it would be immediately polarizing,” Vasquez said.

“The fact that it’s something we have a subcommittee on in Chicago government, I think, is historic. … Especially when we think about how hard our city has treated our Black neighborhoods [and] Black Chicago. That we can engage in this conversation. That we have a sub-committee … says a lot about where we are.”

An early version of the reparations resolution championed by millionaire businessman Willie Wilson had the teeth of an ordinance and called for a series of commitments from cash-strapped city agencies, including free rides on the CTA, free tuition at City Colleges and a bigger share of city contracts.

That was scrapped because, as Sawyer put it, “It was over the top.”

That was followed by a version that called for a 16-member commission charged with holding hearings and developing a specific plan to “ensure equity, equality and parity for citizens of African descent in Chicago who are mired in poverty.”

It would have remained in place for 20 years to monitor and ensure compliance; members would have included: Mayor Lori Lightfoot or her designated representative; five members of the City Council; and members from the public and ”eligible impacted community.”

That version was also scrapped, in favor of the subcommittee that’s firmly in Sawyer’s control.

Sawyer has emphatically denied Lightfoot dictated the change amid concern about the potential cost at a time when she is struggling to close a budget gap totaling $2 billion for this year and next, largely created by the the coronavirus pandemic.

Rather, Sawyer has portrayed the subcommittee as “something I would rather do.”