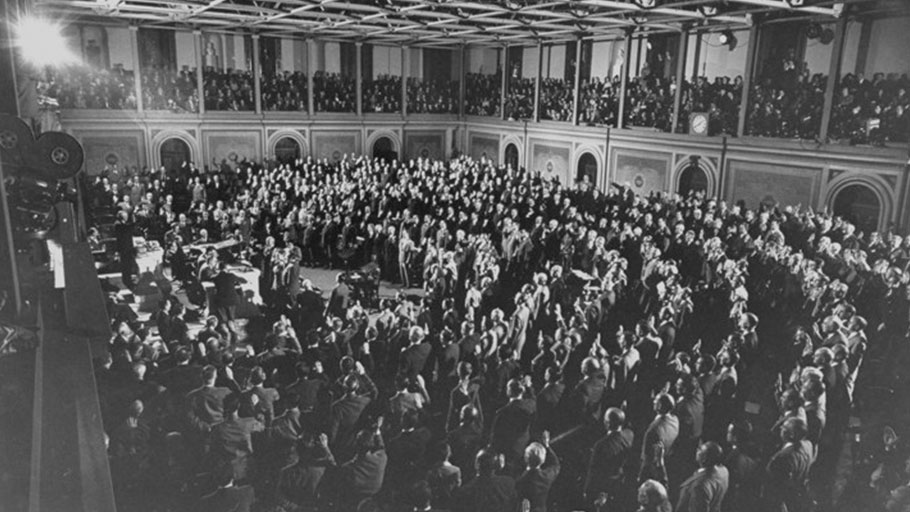 More than two centuries after it was designed to empower southern white voters, the system continues to do just that.

By Wilfred Codrington III, The Atlantic —

s a color-blind political system possible under our Constitution? If it is, the Supreme Court’s evisceration of the Voting Rights Act in 2013 did little to help matters. While black people in America today are not experiencing 1950s levels of voter suppression, efforts to keep them and other citizens from participating in elections began within 24 hours of the Shelby County v. Holder ruling and have only increased since then.

In Shelby County’s oral argument, Justice Antonin Scalia cautioned, “Whenever a society adopts racial entitlements, it is very difficult to get them out through the normal political processes.” Ironically enough, there is some truth to an otherwise frighteningly numb claim. American elections have an acute history of racial entitlements—only they don’t privilege black Americans.

For centuries, white votes have gotten undue weight, as a result of innovations such as poll taxes and voter-ID laws and outright violence to discourage racial minorities from voting. (The point was obvious to anyone paying attention: As William F. Buckley argued in his essay “Why the South Must Prevail,” white Americans are “entitled to take such measures as are necessary to prevail, politically and culturally,” anywhere they are outnumbered because they are part of “the advanced race.”) But America’s institutions boosted white political power in less obvious ways, too, and the nation’s oldest structural racial entitlement program is one of its most consequential: the Electoral College.

Of course, the Framers had a number of other reasons to engineer the Electoral College. Fearful that the president might fall victim to a host of civic vices—that he could become susceptible to corruption or cronyism, sow disunity, or exercise overreach—the men sought to constrain executive power consistent with constitutional principles such as federalism and checks and balances. The delegates to the Philadelphia convention had scant conception of the American presidency—the duties, powers, and limits of the office. But they did have a handful of ideas about the method for selecting the chief executive. When the idea of a popular vote was raised, they griped openly that it could result in too much democracy. With few objections, they quickly dispensed with the notion that the people might choose their leader.

But delegates from the slaveholding South had another rationale for opposing the direct election method, and they had no qualms about articulating it: Doing so would be to their disadvantage. Even James Madison, who professed a theoretical commitment to popular democracy, succumbed to the realities of the situation. The future president acknowledged that “the people at large was in his opinion the fittest” to select the chief executive. And yet, in the same breath, he captured the sentiment of the South in the most “diplomatic” terms:

There was one difficulty however of a serious nature attending an immediate choice by the people. The right of suffrage was much more diffusive in the Northern than the Southern States; and the latter could have no influence in the election on the score of the Negroes. The substitution of electors obviated this difficulty and seemed on the whole to be liable to fewest objections.

Behind Madison’s statement were the stark facts: The populations in the North and South were approximately equal, but roughly one-third of those living in the South were held in bondage. Because of its considerable, nonvoting slave population, that region would have less clout under a popular-vote system. The ultimate solution was an indirect method of choosing the president, one that could leverage the three-fifths compromise, the Faustian bargain they’d already made to determine how congressional seats would be apportioned. With about 93 percent of the country’s slaves toiling in just five southern states, that region was the undoubted beneficiary of the compromise, increasing the size of the South’s congressional delegation by 42 percent. When the time came to agree on a system for choosing the president, it was all too easy for the delegates to resort to the three-fifths compromise as the foundation. The peculiar system that emerged was the Electoral College.

Right from the get-go, the Electoral College has produced no shortage of lessons about the impact of racial entitlement in selecting the president. History buffs and Hamilton fans are aware that in its first major failure, the Electoral College produced a tie between Thomas Jefferson and his putative running mate, Aaron Burr. What’s less known about the election of 1800 is the way the Electoral College succeeded, which is to say that it operated as one might have expected, based on its embrace of the three-fifths compromise. The South’s baked-in advantages—the bonus electoral votes it received for maintaining slaves, all while not allowing those slaves to vote—made the difference in the election outcome. It gave the slaveholder Jefferson an edge over his opponent, the incumbent president and abolitionist John Adams. To quote Yale Law’s Akhil Reed Amar, the third president “metaphorically rode into the executive mansion on the backs of slaves.” That election continued an almost uninterrupted trend of southern slaveholders and their doughfaced sympathizers winning the White House that lasted until Abraham Lincoln’s victory in 1860.

In 1803, the Twelfth Amendment modified the Electoral College to prevent another Jefferson-Burr–type debacle. Six decades later, the Thirteenth Amendment outlawed slavery, thus ridding the South of its windfall electors. Nevertheless, the shoddy system continued to cleave the American democratic ideal along racial lines. In the 1876 presidential election, the Democrat Samuel Tilden won the popular vote, but some electoral votes were in dispute, including those in—wait for it—Florida. An ad hoc commission of lawmakers and Supreme Court justices was empaneled to resolve the matter. Ultimately, they awarded the contested electoral votes to Republican Rutherford B. Hayes, who had lost the popular vote. As a part of the agreement, known as the Compromise of 1877, the federal government removed the troops that were stationed in the South after the Civil War to maintain order and protect black voters.

The deal at once marked the end of the brief Reconstruction era, the redemption of the old South, and the birth of the Jim Crow regime. The decision to remove soldiers from the South led to the restoration of white supremacy in voting through the systematic disenfranchisement of black people, virtually accomplishing over the next eight decades what slavery had accomplished in the country’s first eight decades. And so the Electoral College’s misfire in 1876 helped ensure that Reconstruction would not remove the original stain of slavery so much as smear it onto the other parts of the Constitution’s fabric, and countenance the racialized patchwork democracy that endured until the passage of the Voting Rights Act of 1965.

What’s clear is that, more than two centuries after it was designed to empower southern whites, the Electoral College continues to do just that. The current system has a distinct, adverse impact on black voters, diluting their political power. Because the concentration of black people is highest in the South, their preferred presidential candidate is virtually assured to lose their home states’ electoral votes. Despite black voting patterns to the contrary, five of the six states whose populations are 25 percent or more black have been reliably red in recent presidential elections. Three of those states have not voted for a Democrat in more than four decades. Under the Electoral College, black votes are submerged. It’s the precise reason for the success of the southern strategy. It’s precisely how, as Buckley might say, the South has prevailed.

Among the Electoral College’s supporters, the favorite rationalization is that without the advantage, politicians might disregard a large swath of the country’s voters, particularly those in small or geographically inconvenient states. Even if the claim were true, it’s hardly conceivable that switching to a popular-vote system would lead candidates to ignore more voters than they do under the current one. Three-quarters of Americans live in states where most of the major parties’ presidential candidates do not campaign.

More important, this “voters will be ignored” rationale is morally indefensible. Awarding a numerical few voting “enhancements” to decide for the many amounts to a tyranny of the minority. Under any other circumstances, we would call an electoral system that weights some votes more than others a farce—which the Supreme Court, more or less, did in a series of landmark cases. Can you imagine a world in which the votes of black people were weighted more heavily because presidential candidates would otherwise ignore them, or, for that matter, any other reason? No. That would be a racial entitlement. What’s easier to imagine is the racial burdens the Electoral College continues to wreak on them.

Critics of the Electoral College are right to denounce it for handing victory to the loser of the popular vote twice in the past two decades. They are also correct to point out that it distorts our politics, including by encouraging presidential campaigns to concentrate their efforts in a few states that are not representative of the country at large. But the disempowerment of black voters needs to be added to that list of concerns, because it is core to what the Electoral College is and what it always has been.

The race-consciousness establishment—and retention—of the Electoral College has supported an entitlement program that our 21st-century democracy cannot justify. If people truly want ours to be a race-blind politics, they can start by plucking that strange, low-hanging fruit from the Constitution.

This article was originally published by The Atlantic.

Wilfred Codrington III is a fellow at the Brennan Center for Justice at New York University School of Law.

The slave who won reparations