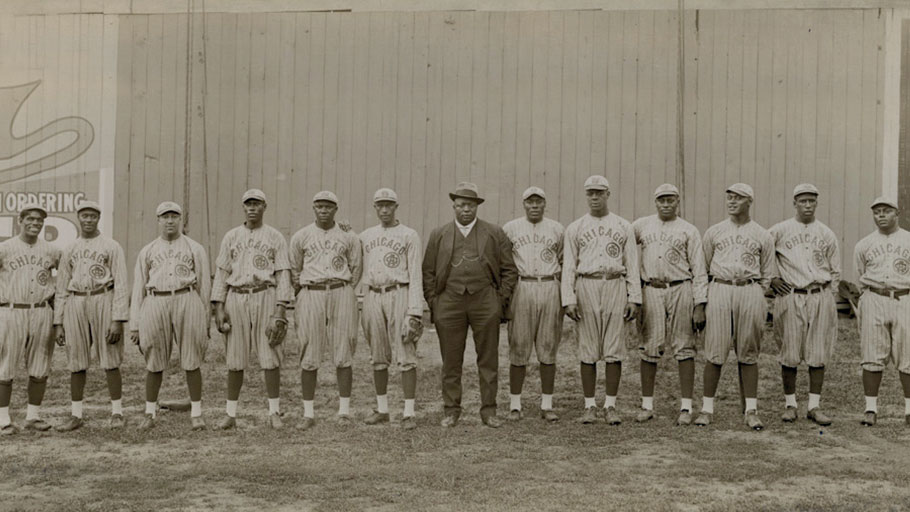 Ernest DiStefano has written a stirring appeal for reparations for Negro League ballplayers and their descendants. This appeal in the form of a letter to Major League Baseball Commissioner Rob Manfred published in The Stansbury Forum. The letter arrived on the Commissioner’s desk on January 22 in the midst of the video sign stealing crisis. Hopefully, but certainly not without public pressure, Manfred will feel compelled to answer “The Rippling Manifesto”

The following essay is from a letter I recently sent to Major League Baseball Commissioner, Rob Manfred. If upon reading this essay, you agree with the cause for which I am advocating, please make your voice heard by contacting The Office of the Commissioner of Baseball, 1271 Avenue of the Americas, New York, NY 10020; 212-931-7800. You may also contact Commissioner Manfred on his Twitter account (twitter@RobManfred). Thank you.

Robert Kennedy said that “each time someone stands up for an ideal, or acts to improve the lot of others, or strikes out against injustice, they send forward a ripple of hope.” It is in this spirit that I am making a direct appeal to you, and your thirty fellow stewards of the great sport of baseball, to right the wrong of your predecessors and provide direct monetary reparations to the Negro League players and their surviving family members. There are three considerations that drive this request: RIGHTNESS, ATTAINABILITY, and REWARD. I will address each of these separately.

During my research, I used a sabermetric tool that you and the MLB owners are well aware of and widely considered the current benchmark statistical category for determining a player’s value: Wins Above Replacement (WAR). Every Negro League player I researched had a career WAR score that was in the positive range. When combined with the aforementioned record of the Negro League teams versus the white major leaguers, and using a 0.0 War score as the definition of an ”average” player, any reasonable observer would agree that the Negro League players would have been entitled to at least the average major league salaries of their time.

The unfortunate reality, as you know, is that very few Negro League players are still alive. I therefore believe the surviving generations of the families of the deceased players should receive the monetary reparations on behalf of those players. Studies performed by the Chronic Poverty Research Centre indicate poverty is often intergenerational among families. A CPRC study that was presented in London, and published in a series of working papers, showed that access to asset inheritance helps build resilience and prevention of intergenerational poverty.[3] Since, therefore, these families suffered as a result of their ancestors’ forced poverty, they should now benefit from its rectification.

I have heard the broader arguments against reparations. One of these arguments is that reparations are economically impractical. This leads me to my next factor for consideration: ATTAINABILITY.

In the case of Negro League reparations, there is a specific, finite number of individuals who would receive these reparations. Using the average Major League player salary for each decade prior to 1947, the year Jackie Robinson broke the color line in baseball, and the career spans of the Negro League players, I calculated the total career salary compensation that the 129 Negro League players I have identified and researched would be entitled to, based on the dollar values during the span of their playing careers. The results of these calculations indicate that combined total reparations for these players would be $32,634,141. When divided equally between the owners of the thirty Major League Baseball franchises, this amount comes to $1,087,804.70 contribution per franchise; a small price to pay, in my view, when you consider the following facts[4], ones with which you are undoubtedly familiar:

I understand and respect that the time and manpower required for completing the reparations process may be a concern for you and MLB owners; consequently, I would like to offer my services, free-of-charge, to assist you in this effort by creating a team of people who, like myself, have a passion for this cause. Furthermore, any financial reparations that are subsequently distributed will not be handled by me or any member of my team; instead, said reparations could be delivered directly from Major League Baseball to the players or their beneficiaries.

Another chief argument used against reparations is a philosophical one: that the current generation is not responsible for the acts of previous generations, and should therefore not be required to shoulder the burden of righting the wrongs of previous generations. I see reparations not as a burden, however, but as an opportunity for Major League Baseball and other industries. This brings me to my third and final factor for consideration: REWARD.

Brooklyn Dodgers owner Branch Rickey is regarded, and rightly, as a courageous man who was a champion for social justice inside the Major League Baseball industry. Yet Mr. Rickey also had his detractors who accused him of signing Jackie Robinson simply for purposes of profit. Mr. Rickey himself acknowledged the business benefits of breaking baseball’s color line and expanding baseball’s fan base to the African-American community. We must remember, however, that there were fifteen other MLB owners at the time, all with the primary goal of maximizing their teams’ profit margins, who refused to employ a black baseball player. Through his actions, Mr. Rickey demonstrated that businesses can champion social justice and in the process enhance their bottom lines. Because of Mr. Rickey’s brave leadership, the Brooklyn Dodgers earned the title of Black America’s team. We can therefore conclude that, as with the beneficiaries of any righteous act, those who benefitted from Mr. Rickey’s actions cared little about his motivations.

I now move forward to the twenty-first century. In a 2014 Nielsen report, African-Americans comprised just nine percent of MLB viewers and according to Nielsen ratings released in 2017, the average viewer for a Major League Baseball telecast was a fifty-three-year-old white male.[5]

When considering the above Nielsen data, it is likely that Major League Baseball could increase their current African-American fan base by following the successful business model put forth by Branch Rickey seventy-three-years ago. By doing so, Mr. Manfred, you and the Major League Baseball owners will be that resounding ripple of hope that Robert F. Kennedy spoke about so many years ago, and in the tradition of Mr. Rickey, establish a business model for other industries to emulate. Then, with each subsequent small step and tiny ripple, you will have created a tidal wave of justice that our world so desperately needs.

This article was originally published by  The Stansbury Forum.

Ernest DiStefano is a former sports agent and Certified Sports Counselor/Pastoral Sports Counselor with the International Sports Professionals Association (ISPA). He has also worked as an Associate Baseball Scout with the Kansas City Royals, Philadelphia Phillies, and the Global Scouting Bureau (GSB). He authored the book, “The Happy Athlete (A Success Guide for Parents, Coaches, and Student-Athletes)”, which was published by Langmarc Publishing in May 2006. Mr. DiStefano has also worked as a manager and mental training coach for boxers and MMA fighters. In addition to his vast experience in the sports world, Mr. DiStefano also has nearly thirty-seven years of professional experience with criminal offenders. He is currently the Founder-CEO of the Comeback Athletes & Artists Network (CAAN, Inc.), a non-profit organization offering assistance to legally at-risk and previously incarcerated athletes and artists who wish to pursue or revive their athletic and artistic careers. Mr. DiStefano holds three college degrees, including a Master’s Degree in Human Resources Management. He is currently an Adjunct Instructor of Sports Management at Wilmington University, located in New Castle, DE, and a member of Wilmington University’s Faculty Advisory Board for their Sports Management Program.