You Are Here: Home » Blog » Editors' Choice » White Supremacy and Western Imperialism Is at Root of Haiti’s Continuing Struggles 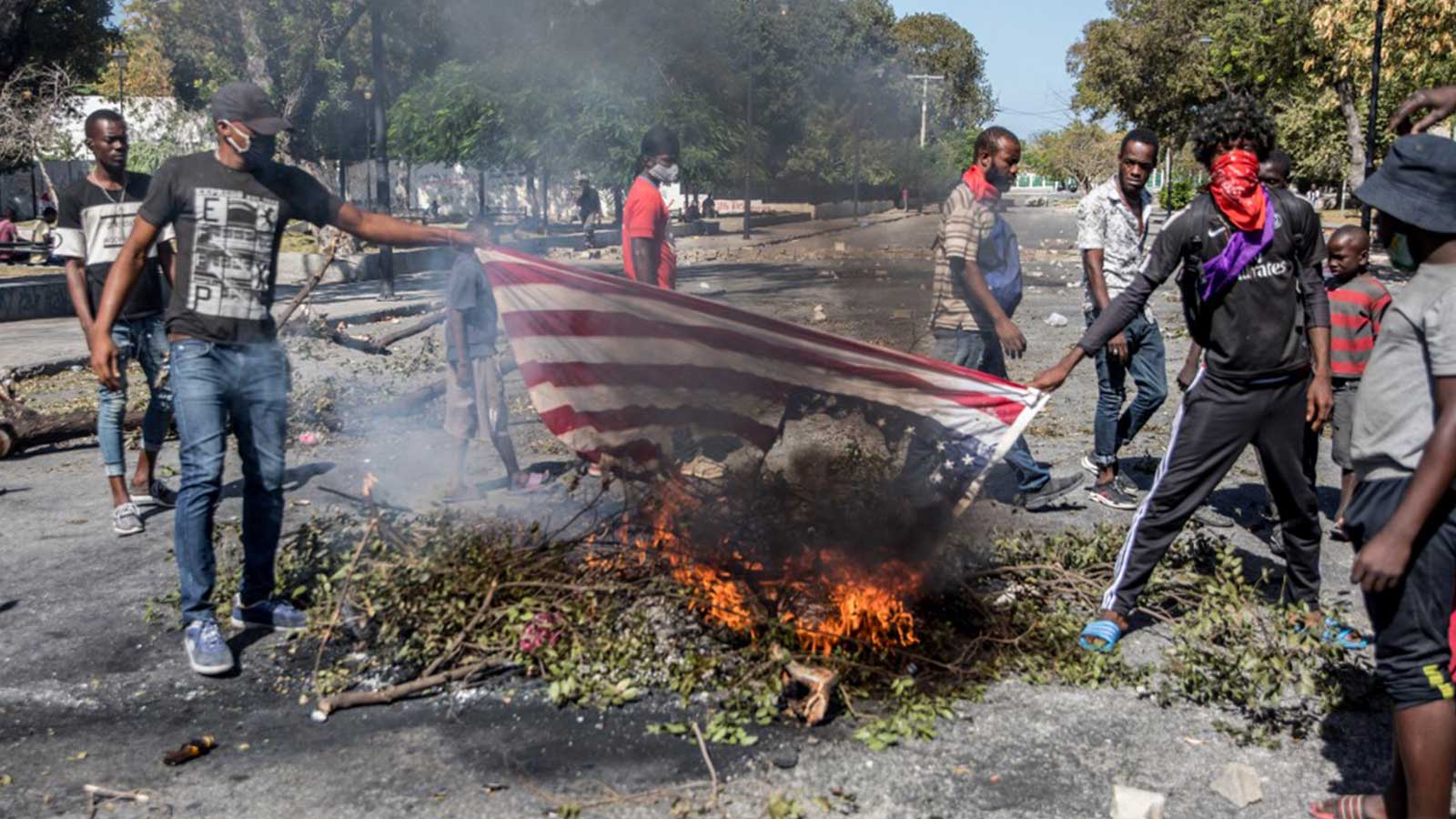 If you are confused, bewildered and perturbed by the bizarre drama unfolding in Haiti, you are not alone.

I turned to the New York Times for clues, knowing fully well the answer would be the usual contempt with which the paper dismisses African issues. Words like the poorest nation in the Western Hemisphere, corruption and aid dependence were recurring themes.

“Haiti’s troubled history goes deep, lying in its roots as a former slave colony of France that gained its independence in 1804” began a promising analysis by Maria Abi Habib (Why $13 Billion in Aid Didn’t Erase Troubles, NY Times July 9, 2021) The writer branded Haiti “an aid state”.

True to form, not a single word about the stolen wealth and constant meddling by the US and France while discussing the perennial political and economic crisis bedeviling Haiti throughout its independent existence.

As a Pan Africanist, Haiti occupies a special place in my heart and psyche as it does with every progeny of Africa for being the first Black nation to liberate itself from French colonial occupation through armed resistance more than 200 years ago.

Addressing his fellow countrymen in the declaration of independence on January 1, 1804, the Commander in Chief, Jean Jacque Dessalines said, “It is not enough to have expelled the barbarians who have bloodied our land for two centuries….We must with one last act of national authority, forever assure the empire of liberty in the country of our birth; we must take any hope of re-enslaving us away from the inhuman government that for so long kept us in the most humiliating torpor. In the end we must live independent or die. Independence or death…let these sacred word unite us and the signal of battle of our reunion”. (Laurent Dubois and John Garigus in Revolution in the Caribbean 1789-1804)

In the eyes of France, and the emerging slave owning imperial power to the North, Haiti had committed a cardinal sin: having the audacity to free itself from an enslaving colonial power by means of armed resistance.

Haiti endured a series of blockades and embargoes soon after independence and neither France nor the US would recognize it as an independent state until it agreed to pay France in the amount of 150 million Francs for the loss of its enslaved properties. Yes, you read it right. This was an amount 5 times the total revenue of Haiti in 1804. The debt was reduced to 90 million Frs. in 1825. Haiti had to borrow money from French, American and German banks in order to keep up with the payments lasting for more than hundred years until the last payment was made in 1947. 80%of Haiti’s wealth went to servicing the debt. The amount in today’s money exceeds $22 billion.

The White supremacist president of the US, Woodrow Wilson, sent in the Marines in 1915 to occupy Haiti to take control of its political and financial institutions. Control of Haiti’s treasury was ceded to National City Bank of New York (Citibank of today). The Haitian people resisted the occupation but were met with brutal suppression by the US military. An investigative team sent by NAACP under the civil rights activist James Weldon Johnson published its findings in 1920. It was a scathing report of “the economic corruption, forced labor, press censorship, racial segregation, and wanton violence introduced to Haiti by the U.S. occupation.”Read Johnson’s NAACP Haiti report from the Crisis.

The occupation also amended the Constitution of Haiti, removing the article that barred foreigners from owning land. Present day African dictators may have taken a page out of this playbook- that the Constitution can be amended at will to suit one’s interest.

Citing Johnson’s investigation, Herbert J. Seligman wrote in the July 10, 1920, The Nation: [44]”Military camps have been built throughout the island. The property of natives has been taken for military use. Haitians carrying a gun were for a time shot on sight. Machine guns have been turned on crowds of unarmed natives, and United States Marines have, by accounts which several of them gave me in casual conversation, not troubled to investigate how many were killed or wounded.”

The people of Haiti continued to resist, demanding withdrawal of the US troops. Thousands paid with their lives over the course of the three decades of occupation. The Marines committed various acts of violence such as the Les Cayes Massacre on December 6, 1929 when the US Marines fired on some 1500 protesters, wounding 23 and killing 12 (Zinn Education Project) A series of US sponsored leaders, including that of the notorious Duvaliers followed the departure of the Marines.

It was not until Jean Bertrand Baptiste, a popular Liberation Theology embracing Catholic priest was elected president by a landslide that the People of Haiti were finally able to exercise their free will. Aristide was the first president to demand of France restitution of stolen wealth in the amount of $21 billion (not reparation, mind you but return of illegally and forcibly taken national wealth). His second presidency was terminated by an act of international banditry when he was kidnapped from the presidential palace by US Special Forces with the help of France and Canada and dumped on a third country.

Haiti was in turmoil. The UN dispatched what it called a stabilization mission in Haiti (MINUSTAH) in 2004.

Gerard Latortue who was imposed on the Haitian people by the US and France as the Prime Minister, called Aristide’s demand for restitution absurd (Haitian Times, May 26, 2015). Mission accomplished. Aristide out, a quisling administration installed.

Topping all this was the devastating earth quake of 2010 which killed close to 300, 000 and displaced over a million Haitians.

Cholera, hitherto unknown in Haiti also broke out in the aftermath. The source of the epidemic was traced to the UN Mission. Over 10,000 died. The UN refused to accept responsibility until the acknowledgment came from UNSG Ban KY Moon in 2015 in the form of apology. He pledged 400 million but only 5% of the amount was made good. NGOs of all stripes descended on Haiti to ‘help’ following the Earthquake. Billions were pledged by donor nations. Much of that money went to contractors, very little if any making it to the people.

Jake Johnson of Center of Economic Policy Research cite USAID which spent $1.5 billion as an example. For every dollar he says, less that one penny went to Haitian organizations. Another example is the $500 million given to the American Red Cross to build 130,000 homes for displaced Haitians. The actual number of homes built however, was a grand total of 6. (NPR investigation-June 3, 2015) Read more from Nation Article

Is it any wonder then that the first Black independent nation has remained poor, much of its wealth going to France in reverse reparation, followed by a brutal occupation by US marines to make Haiti safe for American corporations such as Citibank, devastated by a natural disaster of biblical proportions, a disaster which became a bonanza for American and other Western contractors who helped themselves to the aid money by the billions?

The people continue to resist against all odds, Dessalines’ words-always ringing fresh in their ears-independence or death- and the struggle continues. People of African descent everywhere owe Haiti a huge debt of gratitude and need to stand with them in solidarity. Their fight is our fight.