Labor Day Weekend 2021, the Institute of the Black World 21st Century and the National African American Reparations Commission premiered a video examining the rampant theft of Black labor during the post-slavery period in the American South. The video focuses on current efforts to memorialize and consecrate the grounds where the Chattahoochee Brick Company in Atlanta, GA, was used as a site for the super exploitation of Black males, mostly young, who were ensnared in the horrific Convict Lease System. 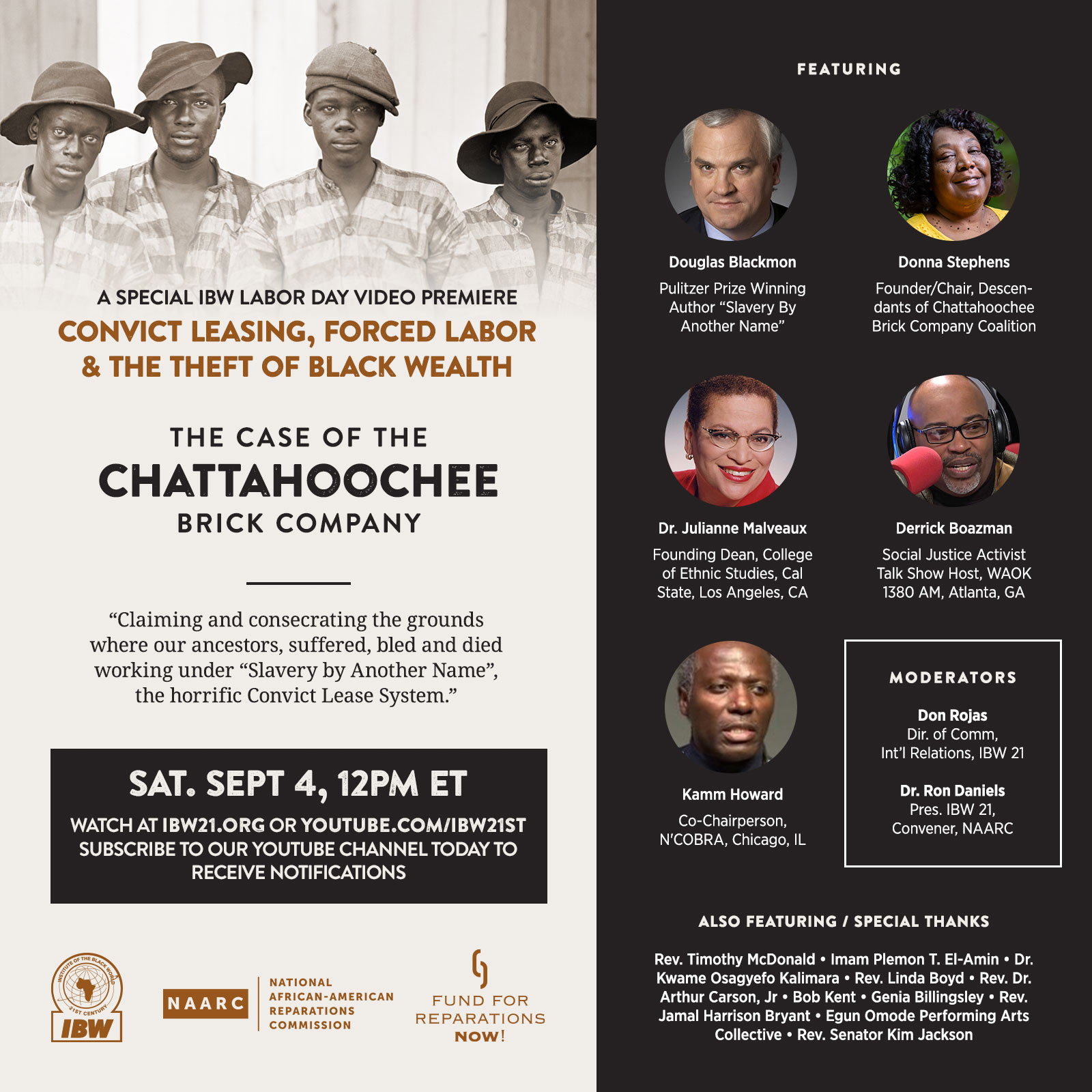 April 3, 2021, over the Easter Weekend, a broad-based coalition of community and interfaith, ecumenical faith leaders will gather at the Chattahoochee Brick Company at 1:00 PM to claim and declare the grounds a Sacred site to memorialize African Americans who died there working as forced labor. READ MORE