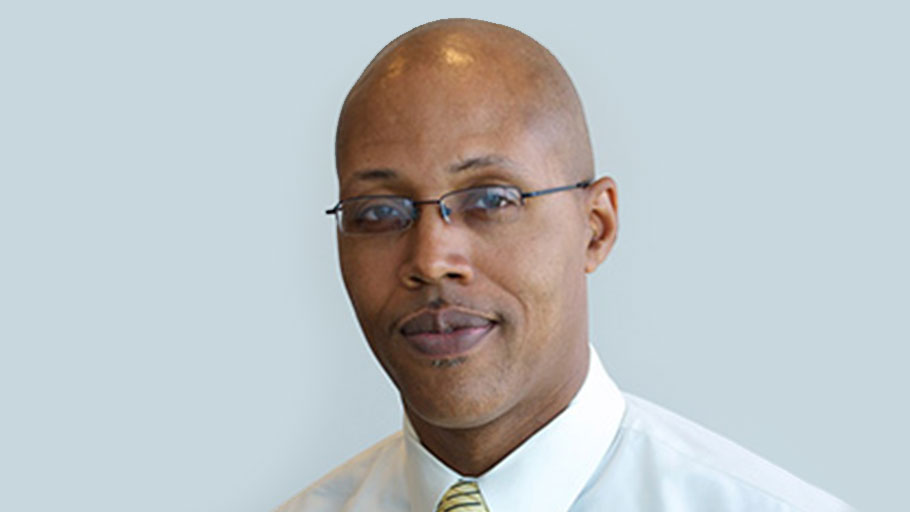 Overview of the Crisis of Gentrification in Black America

Any overview concerned with gentrification that is causing crisis in Black America must begin with defining the process in a meaningful way and contextualizing the situation to particular times and sets of political-economic events.  Simply put, gentrification is a process that occurs over an extensive period of time, even decades, and involves stages of disinvestment, reinvestment and displacement.  To be sure, grounded in white supremacy, racism, and greed, displacement of the Black community is not new.  Examples exists from this region going back further than Seneca Village, where the Black community was displaced to make way for Central Park in New York City, to the removal of black people from Mount Laurel in the 1960s who had no placed to relocate except the lowest income neighborhoods of Camden, New Jersey, and many of whom were descendants of free black men and women that settled there in the 1700s.  However, a more complex understanding of gentrification is warranted in order to: 1) fully grasp the devastating impact the process has on the black community, and 2) develop alternatives to it.

IBW member, Manning Marable, explained in his book appropriately titled How Capitalism Underdeveloped Black America the root of the problem.  The basis for the gentrification wreaking havoc on the Black community in the US (and the world more broadly) is a crisis of capital.  And, the route chosen by capitalists out of that crisis is massive financialization of housing and land.

The crisis was upon us in the 1970s when deindustrialization, economic restructuring and disinvestment of public resources took hold.  Industries of mass production that once employed thousands of low-skilled workers on assembly lines, shipbuilding, etc., while also offering salaries at levels supporting mass consumption of low-cost goods (also known as Fordism) ceased to exist.  Unemployment and inflation rose sharply, while growth, productivity, and real wages continued to stagnate.  This phenomenon had particularly negative impact on the Black community.  William Julius Wilson in When Work Disappears made note of the particular vulnerability of lower-income Black communities to the structural economic changes occurring during this era, such as the shift from goods-producing to service-producing industries, the increasing polarization of the labor market into high-wage and low-wage sectors, technological innovations, and the relocation of manufacturing out of central cities.

Processes of capital accumulation not only began to come to a halt. There were also very few spaces found to be profitable where reinvestment/absorption of capital surpluses could take place.  Hence, urbanization became the solution.  According to David Harvey in Urbanization and the Capital, urbanization absorbs a huge amount of surplus capital by restructuring, expansion, and speculation in place.

Historically, the construction of the city/urbanization as a solution to the problem of how to invest surplus capital is not new (e.g. Robert Moses and the urbanization of New York City region).  What is different today is that the production of the city has turned into the “primary” solution for the spatial-capitalist crisis, and it is eminently financial and has very little to do with quality of life concerns in poor and indigenous working-class Black communities.

This was not always the case.  The Housing Act of 1937 called for the elimination of slums and unsanitary housing conditions, and created public housing authorities and, subsequently, public housing developments.  Shortly thereafter, the Housing Act of 1949 launched urban renewal and set a goal of 810,000 housing units over six years for a total of six million units nation-wide.  It took 23 years to realize 810,000 units of public housing.   Moreover, it is important to note that the Housing Act of 1949, which initially focused on a social concept (increasing public housing and the affordable housing stock) was co-opted and became an economic concept for urban redevelopment.  Thus, 20 years later, twice the amount of housing stock was destroyed than built.  Urban renewal became known as Negro removal.  And, if that area was redeveloped, it was more likely not to be low-income while facilitating super-segregation.  In many places, these areas became redeveloped for commercial and administrative use.  For instance, in Atlanta, Georgia, Black communities were razed and redeveloped into downtown retail, hospitality and entertainment areas, and the government complex.  At the same time, the super-segregation furthered the racialization of urban space by allowing the movement of ethnic Europeans to move to newly built suburbs (consolidating whiteness), while black mobility options were mostly restricted to the inner city, primarily to newly-built public housing and housing formerly occupied by whites fleeing to suburbia through processes of redlining and blockbusting.  Between 1933 and 1962, the federal government underwrote $120 billion in new housing.  Less than two percent went to Black households and other people of color.

Rather than focusing on quality of life concerns for Black communities, a city’s role and position in the global urban hierarchy became the priority.  What is more, economic competitiveness determines the position of a city in the global urban hierarchy.  Even President Carter’s Commission on a National Agenda for the Eighties concluded developing a national policy for community revitalization was ill-advised because it would conflict with the overarching goal of national economic competitiveness.

This belief that the primary purpose of the city is for the economic is undergirded by neoliberalism: an ideology that advocates private property, the privatization of social resources, the flexibility of/loosening up of regulatory frameworks that might hinder free-market values, and the withdrawal of state intervention in meeting social needs.  Essentially, neoliberalism is enhancing the economic value for the already well-to-do.  It maximizes capital accumulation through privatization (including privatizing certain functions once under the auspices of the state).  Furthermore, it should be noted that beyond the US, it is the political-economic structure accompanying globalization processes around the world.  To be clear, neoliberalism has become the dominant thinking in many parts of the world.

There have been at least two significant actions as part of the neoliberal turn that fuels the gentrification crisis in Black neighborhoods:

Within the interurban global competitiveness context, cities apply urban marketing strategies in order to attract investors.  Hence, the implementation of “growth at any price” policies subordinates social justice and environmental concerns.  Again, municipal public services have been progressively privatized, and urban planning has become subordinated to market imperatives.  The winners in this scenario are typically the landowner class, the financial sector, and real estate developers.  In the main, the Black community loses.

Within this political process, urban elites and private agents play a key role in the decision-making process.  Cities are run in business style with entrepreneurial discourses; and, urban policies lean towards addressing capital interests instead of fulfillment of lower-income citizens’ needs.  Public administrators seek the collaboration of the private sector to manage the city typically via public-private partnerships.  This action often results in the privatization of public resources, and at a minimum the private sector playing an active role in the decision-making process.  Put another way, cities adopt an entrepreneurial strategy in order to succeed in an increasingly global economy.  In turn, this strategy contributed to the detriment of the redistributive approach that was gaining some traction before the establishment of neoliberal hegemony.

Perhaps, what is most important to recognize is that the state at all levels—local, regional, and national—takes an active role as promoter of gentrification.  Municipal governments, in particular over the past three decades, have been redesigned to function as major agents in sustaining gentrification.  In addition, gentrification may be explained by characteristics of consumption or production.

Consumption explains the occurrence of gentrification as a result of middle-class tastes that have risen in response to demographic change, labor-market transformations, and new life-style preferences.  It prescribes neighborhood change as a market-driven process leading to the “highest and best use” of the land.  Production attributes gentrification to broad patterns of uneven development and urban restructuring brought about the local, national, and international movement of capital.

The two explanations connect when economic and behavioral patterns are used to describe gentrification as a conflict between use values (residents seek to preserve the community because of the meaning to their lives derived from culture or daily/periodic interactions) and exchange values (capitalist/entrepreneurs concern for increasing the economic value of property).  Also, the explanations support the notion that gentrification is, in fact, largely a function of government policy that has stimulated private financial investment in response to sustained disinvestment.  In other words, both neighborhood segregation and neighborhood disinvestment set the stage for the gentrification we experience today.  At the same time, federal housing policy continued to carry out assault on the poor.

In 1993, under the Clinton administration, HUD re-invented itself and implemented Housing Opportunities for People Everywhere (HOPE VI).  HOPE VI meant to raze the worst public housing complexes and replace them with mixed-income units.  According to a 2016 HOPE VI Data Compilation and Analysis study, 17 years later, 98,592 units of public housing nationwide were razed, and only 55,318 units were redeveloped for public housing (42,071 of a total 97,389 housing units was market rate and affordable).  That amounted to a loss of 43,274 public housing units or approximately 44 percent.  Perhaps, as in Baltimore, Maryland, where Lafayette Courts became Pleasant View Gardens, HOPE VI epitomizes a the turning point.  Rather than segregating from Black communities as in the past, gentrification processes via HOPE VI, a public-private partnership, became more visible by reinvestment and higher income often white households now living in Black communities, and displacing the most vulnerable within Black communities first.

In terms of a continuum, gentrification can be categorized in the following three succinct waves:

According to the political scientist, Michelle Boyd, although capital movement and middle-class consumption patterns created opportunities for gentrification, racial ordering politicized it.  In a 2008 Urban Affairs Review article, an analysis of gentrification in the Douglas/Grand Boulevard neighborhood on Chicago’s South Side by Boyd chronicles how Black gentrifiers are initiating process of residential and commercial investment in urban Black neighborhoods.  Boyd refers to this process of racial ordering as defensive development—where the black elite aim to protect the neighborhood from the control of white elites while securing resources for housing and commercial development and enhancing property values.  However, in the process the black elite end up promoting gentrification by marginalizing and demobilizing the Black neighborhood’s economically vulnerable residents most likely to experience gentrification.

With this overview, my hope is that I shed light on the upmost concern for gentrification and its impact on Black America.  I believe gentrification in Black communities created an urgent matter that requires race and racism to be contextualized in relation to global and local conditions at the intersection of dominant contemporary (often new international elite) interests with older colonial orders.  For us attending this emergency summit, we must give careful attention to crafting an immediate response and formulating public policy that ends gentrification and the continuous displacement that has harmed Black communities in the US across the centuries.