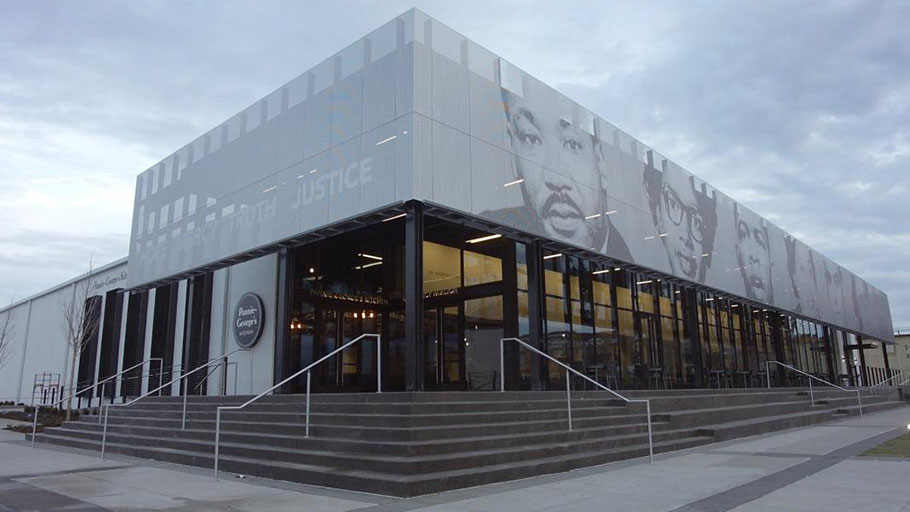 The first monument in the United States honoring the victims of lynching has become a must-see civil rights attraction in Montgomery, Alabama, and now it’s been expanded.

The Legacy Pavilion features a new memorial recognizing more than 2,000 men, women and children who were lynched immediately after the Civil War and during Reconstruction.

The exhibits will tell the story of Montgomery’s role in the civil rights movement.

The building is also the new ticket office, welcome center and gift shop for the Legacy Museum and the National Memorial for Peace and Justice. It includes a soul food restaurant run by two award-winning Alabama chefs.

“We’re excited to add a wonderful new space to our memorial and museum that will provide more convenience, comfort, and food to the thousands of people who continue to visit the sites,” the Equal Justice Initiative said in a statement.

In 2018 it opened the National Memorial for Peace and Justice and the Legacy Museum: From Enslavement to Mass Incarceration after spending years investigating and documenting thousands of racially motivated lynchings in the American South. The Peace and Justice Memorial Center opened in 2019.

More than 650,000 people have visited the sites since they opened.

Civil rights lawyer Bryan Stevenson shows CNN’s Nia-Malika Henderson around a new memorial and museum in Montgomery, Alabama that names some of the over 4,000 lynching victims in America.

This article was originally published by CNN.