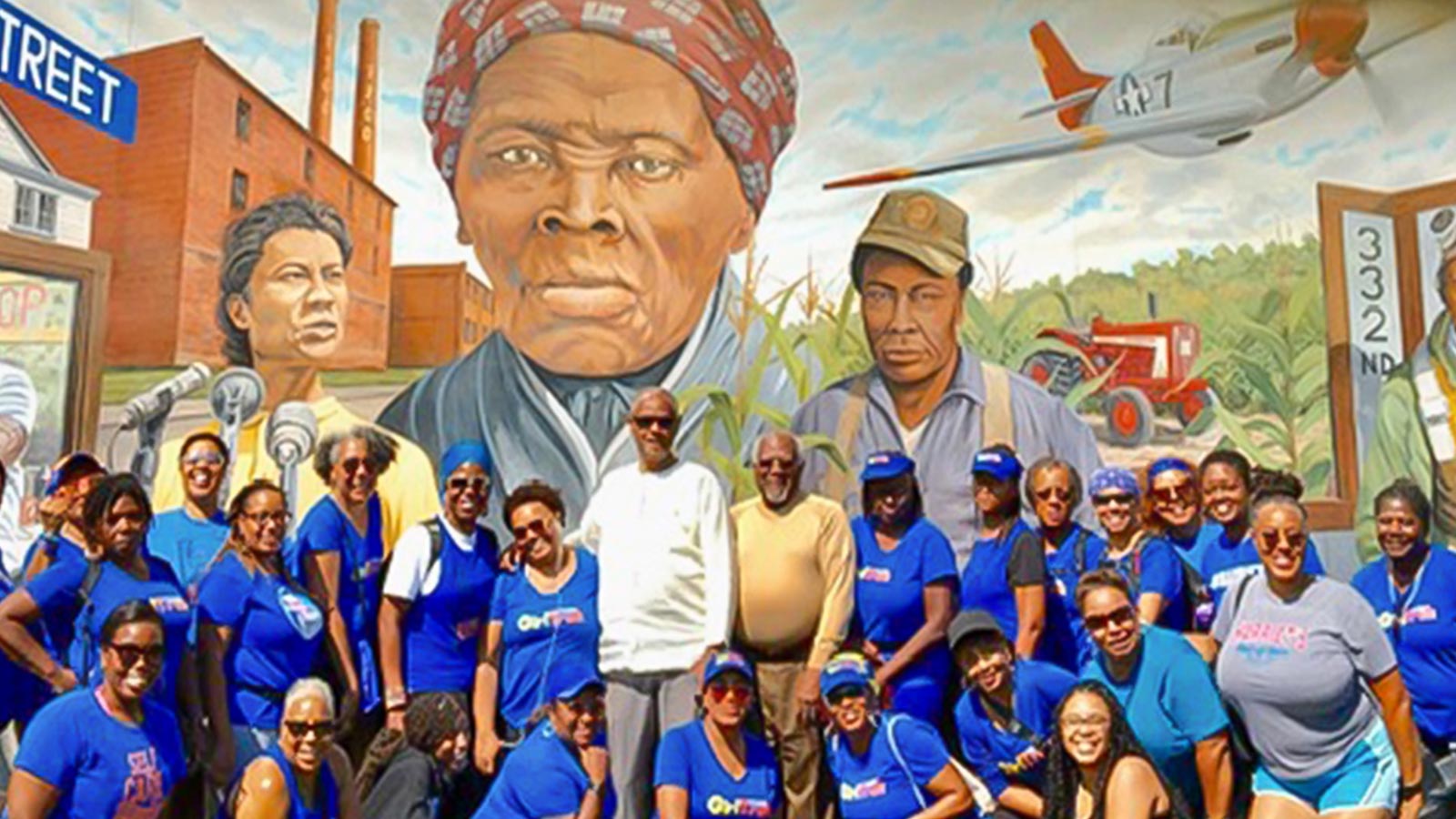 An agent of change

You Are Here: Home » Blog » News & Current Affairs » An agent of change

The cardiothoracic and vascular surgeon Julius Garvey, BSc’57, MDCM’61, has lived a storied life—and a new fund for medical students at McGill will celebrate those contributions.

Julius Garvey, BSc’57, MDCM’61, was one of the first physicians to land in Haiti after the catastrophic earthquake of 2010. The violent tremors that shook the Caribbean nation had demolished homes, crippled infrastructure, and left behind a horrific human toll—killing hundreds of thousands of people and displacing close to a million more.

As part of a group of around a dozen health workers, Dr. Garvey, a cardiothoracic and vascular surgeon, worked around the clock to provide medical treatment to survivors, and to help rebuild a medical system left crippled by the disaster. “He went to Haiti several times as a volunteer to help out with the situation,” says Dr. Louis Auguste, a general surgeon in Manhasset, New York. “That was very generous, because it’s not easy to be working in a country that has been devastated by a major earthquake.”

This trip to Haiti—and many other such medical missions to countries in the Caribbean, Africa and elsewhere—was one of the ways that Dr. Garvey has followed in the footsteps of his father, Marcus Garvey, a renowned political activist, entrepreneur, and orator for Black Nationalism and Pan-Africanism.

“He has an ability to leverage, network, and skill set in order to go to hotspots around the world—particularly the hotspots that serve people of colour—and bring first-world medical care to third-world countries,” says Nzinga Garvey, Julius Garvey’s daughter. 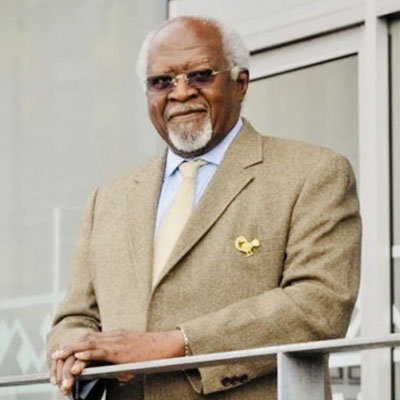 When Julius Garvey enrolled as a student at McGill, it was the fall of 1953. During the nine years he spent at the university—initially as an undergraduate, then as a medical student—Garvey experienced a series of firsts, such as his first frigid Montreal winter, during which he recalls running into cafés on the way to campus to warm up. “I remember it being so cold that I thought my face was going to freeze,” Garvey says.

Montreal was also the first place where Garvey experienced being one of only a few Black people around. “I would get in the trolley, and it was like everybody was looking at me—I wondered if my fly was open or if something else was wrong, because I came from a place where I was part of the majority,” Garvey says. “Over time, you realize that this is going to be the norm because people were not used to seeing a Black face.”

Nevertheless, Garvey was able to immerse himself in the multicultural environment the university provided. “There were people from all over. People like myself from the Caribbean, people from Ethiopia, the United States, and other parts of Canada,” Garvey says. “It was a very international group, and therefore very interesting to learn about other people and to see the world from a different perspective than just as a lad who grew up in Jamaica.”

Throughout his time in Montreal, Garvey’s homeland of Jamaica remained close to his heart. In medical school, Garvey opted for a specialty he thought would most benefit the people back home: cardiothoracic and vascular surgery. Upon becoming a doctor, Garvey dedicated his life not just to practicing medicine in North America but kept his connection to his roots by completing many medical missions to places in need around the world—and has tirelessly worked to raise awareness of the issues facing those communities.

From Jamaica to Canada, then the world

While growing up in Kingston, Jamaica, one of the first jobs that Garvey considered was as an engineer. But the death of a beloved dog led him to change course. At the time, there were no veterinarians around to help his pet, Garvey says. “Nobody knew what to do, so I just watched my favourite dog slowly die.” That deep desire to save the life of another living creature ignited Garvey’s desire to become a physician—someone who could help people in similarly vulnerable positions—instead.

After finishing high school in Jamaica, Garvey began working in a government laboratory that was involved in gathering patient tissues and other specimens, such as blood, for diagnosing disease. But when a few of his friends decided to apply to McGill, Garvey figured that he, too, should give it a shot. “I was beginning to get a little bit tired of the routine of the lab,” Garvey says. “This sounded really interesting, to be able to go to a foreign country and be educated outside of Jamaica. So all three of us applied—and all three of us got in.”

Garvey spent nine years at McGill, learning the ins and outs of medicine, engaging in debates about politics, and befriending people from around the world. After graduating from medical school in 1961, Garvey spent a year doing surgical rotations at several Montreal hospitals before moving to New York City, where he completed a surgical residency at Mount Sinai Hospital. From there, his medical career blossomed—he worked as both a surgeon and professor at a number of prestigious institutions, including Columbia University and the Albert Einstein College of Medicine. 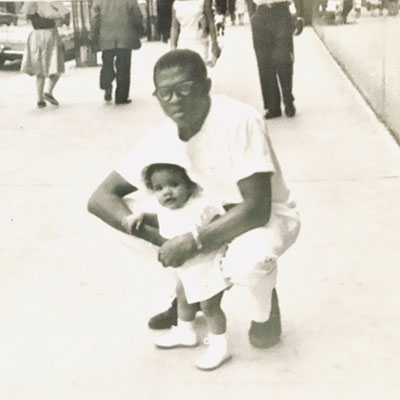 “When he got his training in cardiothoracic surgery, there were very, very few Black cardiothoracic surgeons, so he was a bit of a trailblazer in that area,” says Auguste, who first met Garvey as a surgical intern in 1975 at Long Island Jewish Medical Center, where Garvey was an attending physician. “He was a very welcome sight for me, as a Black trainee,” Auguste recalls.

Throughout his life, Garvey has been heavily influenced by the legacy of his father, Marcus Garvey, who was not only a leader of the Black Nationalism and Pan-Africanism movements, but also an inspirational figure for the Civil Rights movements of the 1950s and 1960s. “I grew up in a household that was basically Pan-African in terms of identity, meaning we identify with other Africans as a nation, as a people, as a civilization,” Garvey says. “So I gravitated towards helping Africans, wherever they were, whether it was in Africa, in the Caribbean, or in the United States.”

This ideology was what spurred Garvey to take part in many medical missions abroad, in countries such as Malawi and Sierra Leone in Africa to Costa Rica and Panama in Central America.

In addition to his many medical missions, Garvey has also been deeply engaged in conferences in Canada and the United States aimed at raising awareness about health care in Africa and the African diaspora. One such initiative Garvey is involved in is the Constituency for Africa (CFA), a Washington, D.C.-based non-profit organization focused on fostering organized support for Africa and African people in the United States.

“He’s a surgeon. He’s a scholar. He’s a tireless advocate of the mission and goal of Marcus Garvey,” says Melvin Foote, founder, president and CEO of the Constituency for Africa. “He’s just a wonderful human being.”

These forums have provided opportunities to put forward Pan-Africanism and his father’s ideas, which is an accomplishment that Garvey says he is very proud of. Over the years, he has also spent much time developing a construct of his own self, as a piece within a greater interconnected society that has long been dominated by the ideas of Western civilization. Garvey has been exploring Buddhism and eastern philosophies, as well as psychology and the science of the mind and brain, topics that he has had a deep interest in since his days as a student at McGill.

Garvey’s daughter, Nzinga, is now leading an effort to start a fund at McGill in his name, to provide financial support for students from under-represented populations, particularly Black communities, to study medicine. A key aim of this fund is to address the paucity of Black doctors—and in doing so, help improve health care for people of colour. “In the United States, although 13 to 14% of the population identifies as African American, just under 5% are actually black doctors in white coats, and that disparity exists globally,” Nzinga says. “With more doctors of colour, where there has been hesitancy on the part of patients of colour, there’s an opportunity to lean in to seek treatment, because you’re finding medical professionals that look more like you.”

This fund will provide an avenue through which to celebrate the accomplishments of Julius Garvey, as other medical students at McGill follow the path that he took to becoming a doctor many decades ago. “My father has dedicated a portion of his professional life to really championing and building awareness regarding Marcus Garvey and his indelible contribution to history,” Nzinga says. “And I wanted to make sure that my father, as a wayshower, could also have that same honour bestowed to him.”