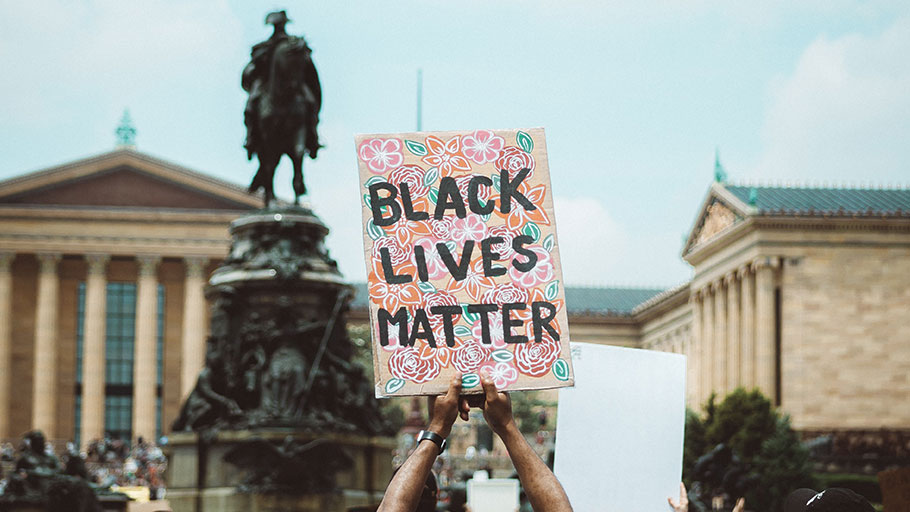 Statement by the Advocacy Network for Africa (AdNA) —

Washington, D.C. — On the occasion of the Nelson Mandela International Day—and memorizing in action Pan Africanists and defenders of freedom Zindzi Mandela and Winnie Mandela—taking place within the backdrop of the global campaign against racism sparked by the gruesome murder of George Floyd and exacerbated by the raging COVID19 pandemic, the Advocacy Network for Africa (AdNA) recognizes and welcomes this renewed season of active worldwide Pan African solidarity. While we mourn the past and present seasons of death which have greeted our African communities, we are also heartened and encouraged by the overwhelming response by African governments and civil society against police brutality in the United States of America.

Cognizant of the long history of inhumane treatment and discrimination against people of African descent characterized by the genocide of slave trade, colonialism and lingering legacy of neocolonialism among the long list of atrocities borne, AdNA has issued a statement hereto attached in which it loudly proclaims “enough is enough” and joyfully welcomes and fully supports the Black Lives Matter movement.

Within the ambient of the global movement of Africans rising to overcome racism in all its forms and everywhere the hydra headed monster raises its ugly head, AdNA proposes a way forward based on the Pan Africanist perspective and has designed a public policy agenda.

“AdNA is committed to building #TheAfricaWeWant,*” the statement stresses further, “a strong and prosperous Africa and its diaspora that protects human rights and democracy within and outside Africa.”

The statement also underscores AdNA’s critical mission in advocating “to the US government on the critical needs of Africa and its diaspora, including robust funding to address pandemics such as COVID-19, to eradicate poverty and hunger and promote and protect justice for all. environmental organizations.”

The US based coalition of civil societies pledges “to engage all Africans and Africanist institutions worldwide, including African Union, the Congressional Black Caucus (CBC), the Caribbean (CARICOM), Afro-Latinos in South America, the Pacific, Europe, the Americas, and the continent of Africa. Although the people of Africa worldwide have suffered enough, we will continue to survive and thrive. We hold our destiny in our hands, and no one can hinder us from searching for our total liberation. A Luta Continua!

Washington DC — The Advocacy Network for Africa (AdNA) recognizes and welcomes this renewed season of active Pan African solidarity in our global context, specific countries and communities where African peoples reside. At the same time, we mourn the past and present seasons of death and lament resulting from COVID-19 and its related misguided violence-focused behaviors of the governments. Still, we also rejoice in the hope of our common past and destiny. We are encouraged by the ways African governments and civil society are speaking out on this and the specific police murder of George Floyd during this time to build greater bonds of love and solidarity among Africans and the diaspora.

We, as Pan African peoples, affirm that now is the time to walk anew together! We see the signs of this rekindled Pan African moment when African nations called the United Nations to an urgent meeting on racism and a call for a systematic investigation into killings of people of African descent. We see the signs of a renewed Pan African spirit in: a) the uprising of African peoples and their allies not only in the USA but also globally; b) the tearing down of monuments that celebrate a draconian past of racial violence and racist policies and exploitation coming down globally; and the demands for domestic and global policies that demand swift and long term resolve/resolution despite the bureaucratic and often racist snares of governance that often entrap our voices in webs of political distraction.

For a long time, People of African descent have been subjected to inhumane treatment and discrimination, including the genocide of over six million Africans who died in the forced voyage during enslavement. We have endured the worst kind of enslavement , chattel slavery, than any human population has ever experienced, suffered lynching that continues to this day in various forms—the colonization of our lands that left many of us landless, impoverished and without full control over our resources and economic systems. In recent years, insults, and biased policies from the highest levels of government in the US and elsewhere, along with acts of white supremacy, threats, brutality and murder by police leveled against our people perpetuate this tragic history. This is in violation of our human rights.

Therefore, AdNA says “enough is enough!” and welcomes this renewed moment of Pan African solidarity but also understands that this moment is neither new nor spontaneous. Rather, it builds on both delayed resolutions and legacy of past struggles that have helped usher in this renewed moment. AdNA also welcomes partners and policies that will move in solidarity with us to impactful next steps in the call for justice and dignity of African peoples all over the globe.

Legacy: AdNA fully supports the movement addressing – inherent, systematic, institutional racism, economic exploitation, and police brutality: Black Lives Matter. The current solidarity between Africans on the continent and people of African descent in the United States stands and builds on the foundation of decades, if not centuries, of connections of Africa and its diaspora in the spirit of Pan-Africanism. This was recognized again during the 2019 Quad-Centennial of the forced transatlantic voyage of enslaved African people to Jamestown, Virginia (USA).

The Pan-African tradition dates to the days of the transatlantic slave trade when the struggle for liberation of enslaved peoples brought cross continental activism. This Pan-African spirit culminated in successful rebellions and the eventual independence of Haiti, the first free Black Republic. Later in the 20th century, African American missionary William Sheppard at the turn of the 20th century exposed the world to the atrocities committed by King Leopold in the then Congo Free State. Revelations of the millions of Congolese killed and maimed, all in the name of extraction of rubber, galvanized citizens world-wide in building a global human rights campaign. This campaign led to the Belgium government taking over the administrative duties of the Congo from King Leopold.

With the gatherings and work of African people, including women leaders from the continent and the diaspora in the name of Pan-African Conferences and Congresses in the 1900’s, independence from colonial rule was attained in the 1950’s ‘60’s, and ‘70’s. These movements, undergirded, by committed African agency, serve as a catalyst unifying the African world in collaborating against apartheid, neocolonialism, continued exploitation of our land and resources in Africa and its Diaspora. Thus, ensuring the international community and international institutions maximize focus on the issues of peace, justice, and dignity for the African World.

A Way Forward with Partners and a Public Policy Agenda

As the rising of Africans takes place throughout the world, we need renewed justice-centered relationships to propel us to overcome racism in all its forms, exploitation, poverty, hunger, diseases, injustice, and climate change. We are working towards #TheAfricaWeWant,* i.e., a strong and prosperous Africa and its diaspora that protects human rights and democracy within and outside Africa. “Ubuntu” and a mutual understanding of the different contexts in which black people live will be the “modus operandi” for our advocacy.

Operating from a Pan Africanist perspective, AdNA advocates to the US government on the critical needs of Africa and its diaspora, including robust funding to address pandemics such as COVID- 19, to eradicate poverty and hunger and promote and protect justice for all. We center a vital part of our advocacy with the Congressional Black Caucus and different committees on Capitol Hill that relate to our issues. We work with faith, labor, human rights, women, youth, and environmental organizations. AdNA will continue its work with the Africa Union and civil society organizations on the African continent. We will collaborate with the Africa Union Representative office in Washington, DC, and other organizations committed to Pan African foci in the establishment of campaigns and educational programs to educate about Africa and its diaspora, facilitate the recovery of African control over African resources, reparations and the fostering- economic development for the well-being of all Africans.

AdNA will participate in and contribute to roundtables/convenings where African Americans and the new diaspora can learn more about each other and build strategic efforts for advocating for our full physical, emotional, and spiritual liberation, which will include the reclaiming of our wealth and investing resources to achieve our full potential. We will seek to engage all Africans worldwide, including the Caribbean (CARICOM), Afro-Latinos in South America, the Pacific, Europe, the Americas, and the continent of Africa. Although the people of Africa worldwide have suffered enough, we will continue to survive and thrive. We hold our destiny in our hands, and no one can hinder us from searching for our total liberation. A Luta Continua! **

*Africa 2063: The Africa We Want is the continent’s strategic framework that aims to deliver on its goal for inclusive and sustainable development and is a concrete manifestation of the Pan African drive for unity, self-determination, freedom, progress and collective prosperity pursued under Pan Africanism and African Renaissance.

** A saying meaning “the struggle continues; victory is certain.”