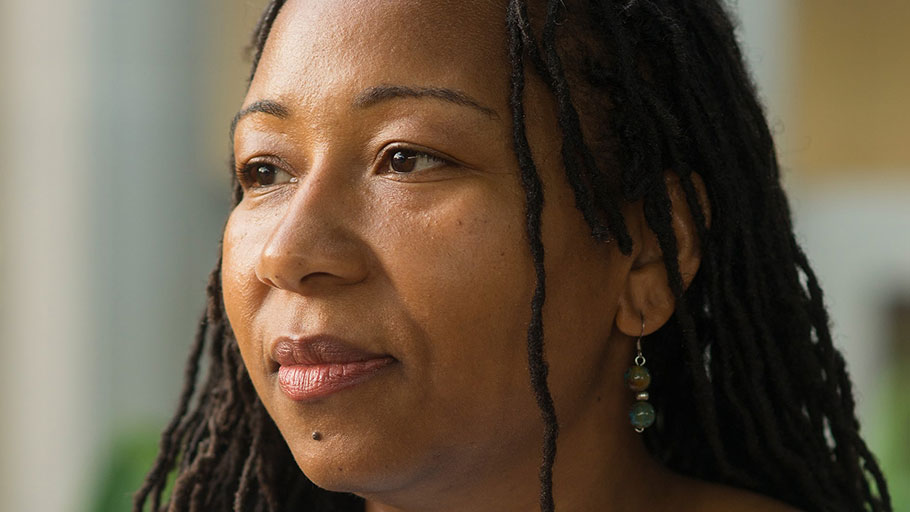 Interview by Lois Beckett, The Guardian —

A year ago, white supremacist groups marched with torches through the streets of Charlottesville, Virginia. The city reacted by electing its first black female mayor, Nikuyah Walker, 38, a fierce critic of how city officials had handled last year’s far-right protests.

An independent, Walker ran under the campaign slogan “Unmasking the illusion”. She argued that Charlottesville’s Democratic politicians had failed to do enough to tackle systemic racism and economic inequality, and that it was time for a deeper change.

Walker spoke to the Guardian about her policy agenda, what it was like growing up black in Charlottesville, and why she believes Democratic politicians “don’t know how to reform systems”. The interview has been edited for length and clarity.

How much did witnessing neo-Nazis marching in the streets change the city’s willingness to tackle systemic racism?

There have been many calls to return to normal … and I often have to say: ‘The normal for black, Hispanic, or low-income white people in this city is not a normal they want to return to.’

What changed was that people were faced with the fact that we’re not a post-racial nation.

What was it like growing up as a black woman in Charlottesville?

Growing up here was tough. There’s a Michelle Alexander quote from The New Jim Crow: “The current system of control depends on black exceptionalism; it is not disproved or undermined by it.”

I’ve never been interested in only saving myself or my family and getting out. That’s not appealing to me.

I was a teen mother. I raised three kids. My youngest kid is 15. I don’t know a black native person [in Charlottesville] who does not have a significant percentage of their family who’s either been incarcerated or is still incarcerated. There is poverty all around, and all the trauma that goes with poverty, you see it on a day-to-day basis. I was fortunate enough, I came from a long line of women – the matriarchs in my family are absolutely amazing. What they had in terms of wealth was tons of love and care.

When you started your campaign early last year, did you expect to win?

I thought I would spend a year at least making the debates interesting, but I did not think that people would vote. I came out with my campaign slogan, “Unmasking the illusion”, in March 2017. My campaign colors were red, black, and green. I ran my entire campaign myself until August.

I’m sure the events of last summer played a role in the response at the polls. We had this very racially motivated summer of hate, and then they’re at the polls deciding if you really want to do this work, and face the truth, or if you want to go with the status quo and business as usual.

For supporters I had everybody from our very wealthy, million-dollar-plus area to people 40 years old who never voted before. One person came to the polls and said to me, ‘Hey, I’ve never voted, I’ve been out of prison since 2011, had my rights restored under President Obama.’ This was a victim of the war on drugs and never thought that they would show up to the polls for anyone.

What I made clear was that one person can’t do this work. Don’t vote for me and then go home until the next election. You have to be an active participant in a true democracy. Every time I spoke, that was what I ended with.

Do you see parallels between your unexpected victory early this year and the insurgent victories of other politicians challenging the Democratic party from the left, like the New York congressional candidate Alexandria Ocasio-Cortez?

I think what people don’t understand is really missing is people you can relate to. Stacey Abrams in Georgia, it’s the same thing. When people just see the possibility of someone different being at the table, and you come with your background and different viewpoints than maybe have been represented – it really matters. It really matters a lot.

What are you trying to achieve as mayor of Charlottesville?

One of the main things that I’m here to do is to call attention to the liberal progressive Democratic structure that’s in place, that believes that their best intentions are enough. You need actions behind those intentions. You can’t just use words.

I’m attempting to make sure – and it’s painful – that people who work for the city, people who receive money from the city, understand that if they’re not moving the needle, making progress, changing lives, if they don’t truly understand service, they will not be in a position to receive resources, or I will criticize you publicly.

Whether they exclude me or not, I’m in the story

Here it’s that polite, you know, civil political scene. I tell people all the time: “In very polite, civil discussions around boardroom tables, eating Baggby’s sandwiches, you have put policies in place that have ruined generations of native families in this area.” So I don’t really care about your request for civility, because even though you are not loud, you are not yelling, you still impacted people’s lives in a way that affected three or four generations at a time.

It’s very easy for people to blame [the white nationalist] Richard Spencer and Jason Kessler [the organizer of last year’s white supremacist rally], but they haven’t been in charge here.

Charlottesville is a very wealthy city, and it’s also an overwhelmingly liberal city. What kind of pushback have you seen to your policy agenda?

If you talk about affordable housing, [people will say]: “Oh, I want to work on affordable housing.” They’re talking about 80% of the area median income. Sixty thousand or so dollars. They’re saying: “I’m very comfortable living next to a nurse, a police officer, a teacher, a firefighter.” When you’re talking about zero to 30% of the area median income, [the reaction is]: “They can’t live among us. Why are they that poor?”

You have individuals who are in a public school setting who are getting top-notch educations, and people in the same schools, walking in the same hallways, drinking from the same water fountains, who cannot read or write. When you challenge those numbers, there are so many excuses that begin with: “Why aren’t families teaching their kids, preparing them for school?” Well, generations haven’t been prepared. And generations are being miseducated. At what point did they learn enough to be able to teach their kids?

What have been the reactions to your political approach?

I feel like the majority of the city council, when I walk in the room, the conversation shifts. People are quiet. I’m kept out of a lot of discussions. It’s still worth it. It changes the conversation. They are no longer in control of the narrative. Whether they exclude me or not, I’m in the story.

The Pay Gap Is Severely Affecting Black Women, Yet Only 1 In 3 Americans Know It

The Pay Gap Is Severely Affecting Black Women, Yet Only 1 In 3 Americans Know It
We Need Your Support — Donate, Share, Sign-Up Ways to Support