‘This Is Us’: In Wake of El Paso, Eddie Glaude on US History of Racism and Violence

You Are Here: Home » News & Current Affairs » ‘This Is Us’: In Wake of El Paso, Eddie Glaude on US History of Racism and Violence 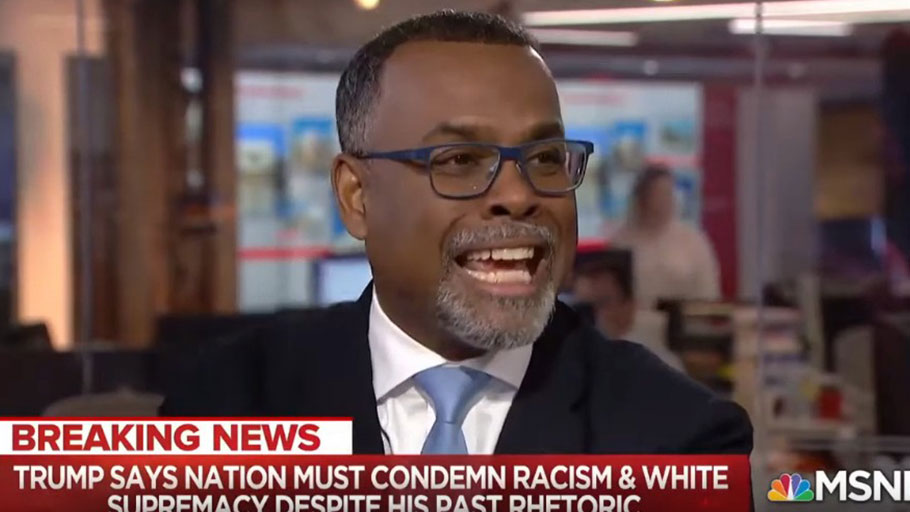 ‘This Is Us’: In Wake of El Paso, Eddie Glaude Delivers ‘Incredibly Powerful’ Statement on US History of Racism and Violence—And You Can’t Just Blame Trump

Princeton University professor Eddie Glaude received praise overnight for comments made on MSNBC Monday as he called on the American people to acknowledge that while blaming President Donald Trump might be easy to do—especially given the available evidence—for the racist-inspired massacre at a Wal-Mart in El Paso, Texas over the weekend it cannot be ignored that hatred and violence behind the attack is something deeply woven into the fabric of the country’s politics and culture.

“America’s not unique in its sins as a country,” Glaude said. “We’re not unique in our evils, to be honest with you. I think where we may be singular is our refusal to acknowledge them—and the legends and myths we tell about our inherent goodness to hide and cover and conceal so we can maintain a kind of willful ignorance that protects our innocence.”

Reminding viewers of the rise of the racist right-wing Tea Party during the Obama administration—and highlighting how social scientists even at the time were warning that the phenomenon was fueled not just by “economic populism” but the “ugly underbelly of the country”—Glaude explained that the massacre in El Paso, in which parents “broke the bones” of their own baby “trying to shield him from being killed” by a racist gunman, is just the latest example of in which Americans are strangely forced to asked the question, “Oh my God, is this who we are?”

“And if we’re gonna get past this,” he continued with emotion in his voice, “we can’t blame it on Trump. He’s a manifestation of the ugliness that’s in us.”

Author and activist Trita Parsi urged people to watch the segment until the very end. “Then watch it again,” he said. “Then again. And again. Until it clicks.”

This article was originally published by Common Dreams.