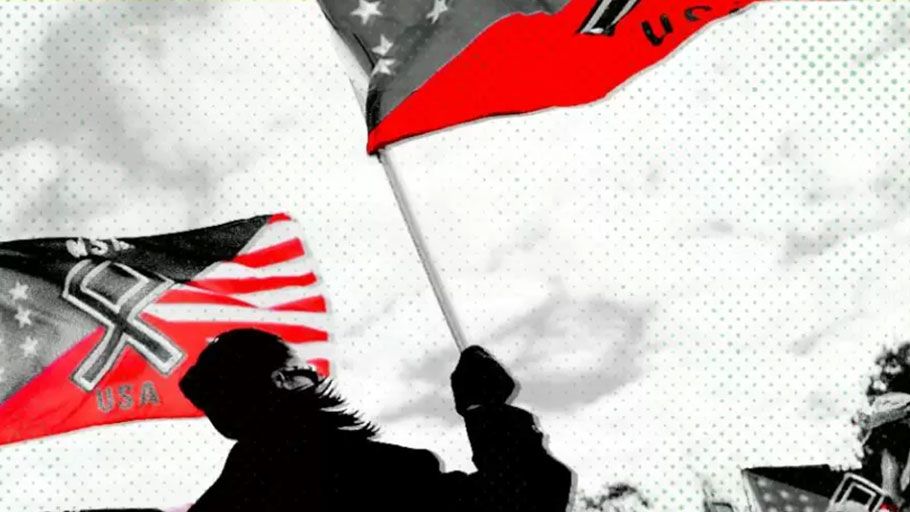 You Are Here: Home » Blog » Commentaries/Opinions » The white nationalist plot to destroy America

In popular discourse, white nationalists are often portrayed as super-patriots — people who worship America and all it stands for. But the reality couldn’t be further from the truth.

Take the instance of white nationalist terrorism in El Paso over the weekend. The culprit — following in many footsteps before him — apparently wrote and posted online a screed which fulminated against a “Hispanic invasion of Texas” and the conspiracy theory that American whites are being deliberately replaced.

Both terrorists like him and his ideological fellow travelers who nominally disclaim political violence literally want to destroy the United States.

Now, it is by no means the case that the U.S. has always been a utopian land of racial progressivism. On the contrary, white supremacy (as distinct from white nationalism) has a very long history in the United States. The country was founded by white Europeans who stole the land of existing inhabitants and massacred most of those who didn’t die of smallpox. Many brought with them people kidnapped from Africa and kept as chattel in one of the most brutal instances of slavery in world history. For nearly a century after 1876, rich white men in Southern states presided over an apartheid pseudo-democracy, where black Americans were kept as a subordinate caste through regular outbursts of terrorist violence. Today racial segregation is nearly as bad as it was during Jim Crow, and most of the national wealth is held in a tiny minority of largely-white hands, as it has always been.

But neither is it true to say that open racism is the only thread in the American tapestry. On the contrary, the question of whether the United States will be a hierarchical white man’s state or an egalitarian, multi-racial democracy has been the signature axis of political struggle here for the past 400 years — and at key points white supremacy has lost. The nation’s founding document says it’s a “self-evident” truth that “all men are created equal.” It was flagrant and obvious hypocrisy even at the time — but a powerful moral ideal nonetheless that inspired leaders like Abraham Lincoln and Fredrick Douglass to reform the country to live up to its own bumper stickers. The moral cancer of slavery eventually sparked a war that killed some 750,000 people, drastically reformed the Constitution, freed four million slaves, and granted the men thereof the right to vote.

And even after the attempt to create a multi-racial democracy in Southern states after the war with Reconstruction was violently destroyed, eventually the replacement Jim Crow system in the South was itself overthrown by the Civil Rights Movement. Today, despite all the vast inequities in American society, everyone except ex-cons in some states at least has the right to vote (though that right is under assault in many areas). In a simple descriptive sense, “American values” now include universal suffrage, due process, non-discrimination, and so on. Overthrowing these to put up any flavor of white rule would mean dealing tremendous violence to the United States as it actually exists.

Even organized racists have tacitly admitted this over the years, as they gradually abandoned the battle of ideology. After their defeat in the Civil War, racist ex-Confederates did not continue to defend slavery as a moral system. Instead they blew out a vast architecture of lies stating the war was about “states’ rights” instead of slavery and treason, portraying the antebellum South as an idyllic paradise where slaves were happy, and smearing victorious Union commanders like Grant and Sherman as stupid butchers. Similarly, academic racists defended Jim Crow apartheid largely not by defending a whites-only franchise on the merits, but by smearingmulti-racial Southern state governments of Reconstruction as corrupt and incompetent. Even today’s cynical Republican efforts to erode democratic rights pay lip service to racial egalitarianism. In 2013, Supreme Court Chief Justice John Roberts defended his evisceration of the Voting Rights Act, which ushered in a plague of state- and local-level Republicans restricting the franchise of Democratic-leaning constituencies, above all African-Americans, in an opinion which said “any racial discrimination in voting is too much.”

Even all-out racists have largely internalized the idea that open racism is morally abhorrent, or at least feel they must camouflage their real views, as the El Paso terrorist did in claiming not to be a white supremacist. The dominant ideology in America today is plainly democratic — the simple idea that all people should be allowed to vote, regardless of their race or gender. To completely abandon basic democratic norms across the whole country would be to go well beyond even the worst periods of American history.

But building a fully white nationalist United States would be flatly impossible, for one reason: The U.S. is and always has been an extremely diverse country. Only about 60 percent of the 327 million people in this country are non-Hispanic whites. An openly white supremacist U.S. — in which whites formally rule and others are races are powerless subjects — is at least possible to imagine, though it has not ever fully existed at the federal level. By contrast a white nationalist United States — that is, a completely whites-only homeland — would involve one of two things. Either one could break the country into pieces, sort all residents into (fuzzy and very largely imaginary) racial categories, and then undertake the greatest campaign of ethnic cleansing in history; or one could exterminate about 12 times as many people as died in the Holocaust. Either would involve the formal and utter abandonment of all recognizably American principles and history (for all their manifest flaws) in favor of an ideological brother of Nazism.

As Heinrich Himmler once said, “if we can get rid of enough people, then our way of life can be more sustainable” — or oops, that was the El Paso shooter.

What’s more, ethnic minorities have just as much claim to being constitutive members of the United States community as white people, if not more so. African-Americans and Mexican-Americans (and the few Native Americans who still survive) in particular have been here for centuries. Indeed, Spanish-speaking peoples founded the very city that is now El Paso in the 1600s. For people infuriated by having to “press 1 for English,” or Univision soccer announcers on the TV, or at the sight of Mexican restaurants at every city and town across this wide land, I have just one question: Why do you hate America?