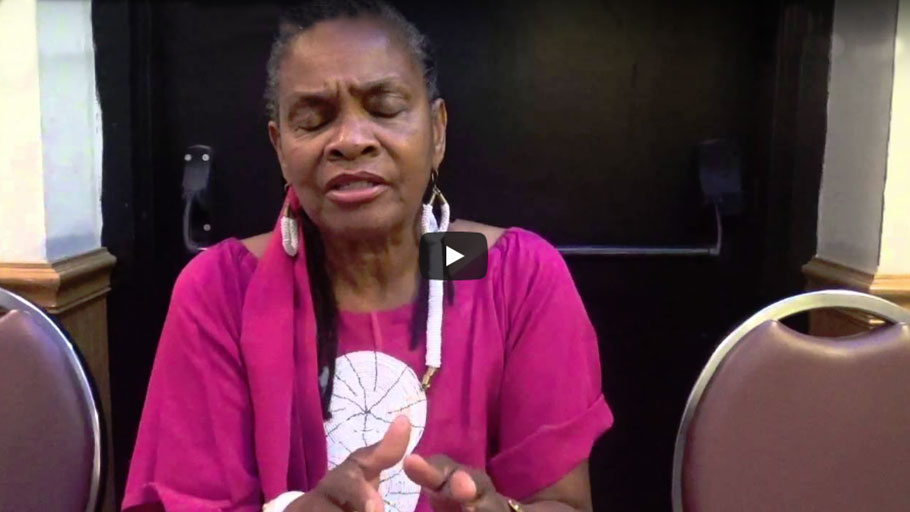 Faya Ora Rose Touré is a Harvard-educated Civil Rights activist and litigation attorney who has worked on some of the highest-profile civil rights cases to come before the courts. Touré—who spent most of her career as Rose Sanders until she decided to step away from her “slave name” in 2003—was the first African-American female judge in Alabama and was part of the winning legal team in Pigford vs. Veneman, the largest civil rights case in history. This case led to the payment of a billion dollars in damages to black farmers by the U. S. Department of Agriculture.

In addition, Touré is founder of the National Voting Rights Museum in Selma, Alabama, and a founding partner in the law firm of Chestnut, Sanders, Sanders, Pettaway & Campbell, LLC. Intensely passionate about her activism and legal work and the needs of the black community, Touré has founded learning and cultural centers, political and legal organizations, and community initiatives that have benefited Alabamians for three decades. She uses her many talents to further her message and is a prolific songwriter and playwright, as well as the host of a weekly radio show, Faya’s Fire.

Touré was born Rose M. Gaines on May 20, 1945, in Salisbury, North Carolina. Her parents, the Rev. D. A. Gaines and Ora Lee Gaines, taught their six children to conserve so they would have something in life to give back to their community. Training the children by word and deed, Rev. Gaines didn’t always adhere to protocol, but he got the job done. “He was a trained minister who didn’t always fit the image of what society expected,” Touré said in an interview with Contemporary Black Biography (CBB). She notes similar traits in her own personality. Touré has the courage to follow her own drumbeat. She speaks frankly on controversial matters of race, injustice, and education, but said in her CBB interview, “I’m not fearless. I just won’t let others define me.”

Her mother Ora Lee’s ways have rubbed off on Touré as well. For 30 years Ora Lee’s strength and support helped Touré run the McRae Learning Center, a private community school Touré founded in 1976 to raise children’s reading levels. “My mother made the greatest contribution to that school as she traveled back and forth from Birmingham for over 30 years,” Touré told CBB. “People always approach me to say how much my mother’s work helped their kids. We had them reading at 3 and 4 years old. Many were starting in the 27th percentile. We raised the level to the 74th percentile. We know the kids’ greatness. I’d like to see other schools around the country do the same. That’s the challenge.”

Touré’s community work began at an early age when she organized kids in the neighborhood. Through her teens, however, she remained unsure about what she wanted to do with her life. After graduation from George Clem High School in 1962 she entered Johnson C. Smith University in Charlotte, North Carolina, graduating Summa Cum Laude in 1966. Still unsure where her career path would take her, she completed a law degree at Harvard in 1969 and was awarded the Herbert Smith Fellowship. That led to an assignment the following year at the National Welfare Rights Organization and the Columbia Center on Social Welfare Policy and Law.

In 1971 she worked briefly for the Legal Services Corporation, and opened the law firm of Chestnut, Sanders, Sanders, Pettaway & Campbell, LLC the following year along with her husband, Alabama State Senator Henry Sanders. In 1973 Touré became the first African-American female judge in Alabama, serving as municipal judge until 1977. In 1982 Touré was hired by the Emergency Land Fund for the Department of the Agriculture to conduct a study of black land tenure and document land loss by African Americans.

Through the years Touré’s legal skills led her to several major cases. In one important case she teamed with noted attorney Johnnie Cochran to seek reparations from corporations who profited from slavery. Seeking academic reparations for African-American students for what she calls “400 years of miseducation and discrimination” is one of Touré’s latest projects. She is also preparing a case on behalf of black women who suffered sexual abuse during slavery. It challenges current laws that, Touré said, “do not offer equal justice from sexual assaults and misconduct towards black women.”

Touré’s day job never kept her away from her extensive community work. In 1982 she co-founded the Black Belt Arts and Cultural Center, an arts-based community organizing group. She founded the National Voting Rights Museum in 1993 to tell the story of the Voting Rights Movement and founded the Bridge Crossing Jubilee in 1965 to commemorate the Selma-to-Montgomery Civil Rights march across the Edmund Pettus Bridge.

She co-founded the Coalition of Alabamians Reforming Education (C.A.R.E.) in 1993. In the 1990s Touré spearheaded a movement against the practice of “tracking” in Selma public schools, a controversial system that can limit education and career opportunities. Touré founded the 21st Century Youth Leadership Movement in 1985. The group educates young people about the political process and encourages their involvement. It has chapters around the United States and in Mali and Senegal, West Africa.

Mothers of Many (MOMS), a group Touré founded for low-income women, has opened three businesses under Touré’s direction. Touré founded the Replacing Inequities in School with Excellence Network (R.I.S.E.). Their mission is to fight the practice of tracking and work for better education nationwide. She co-founded the Africans in America Renaissance Project. The organization provides land for purchase and development by African Americans in South Africa. Touré also founded MAAT Leadership High, an all-male school.

With all of Touré’s commitments it’s hard to believe she has time to be creative. Yet she has written 40 plays focused on issues facing young people and communities. Although the plays tackle weighty subjects like A.I.D.S., teenage pregnancy, drugs, and war, Touré knows how to get the attention of young people. Having composed more than 200 songs, she taps the power of music to get out her message.

A child of the Civil Rights Movement who came of age in the 1960s would know, and although the music has changed, the Movement could use a kick in the pants, said Touré. She finds it “distressing” to see so little activism taking place today.

With so many issues facing African Americans it’s more important than ever, she contends: “I’ve seen no real effort to organize since the Million Man March. In order to provide a better education for all children we have to make officials accountable. Otherwise, we are active participants in our own miseducation because we are accepting double standards. We have to keep our eyes on the mission and our life’s purpose. We must not fail to serve others or fail to teach. People have to remember that it is about making life better for the community.”

Touré has done this for three decades. In addition, she and her husband have opened their home to many foster children over the years.