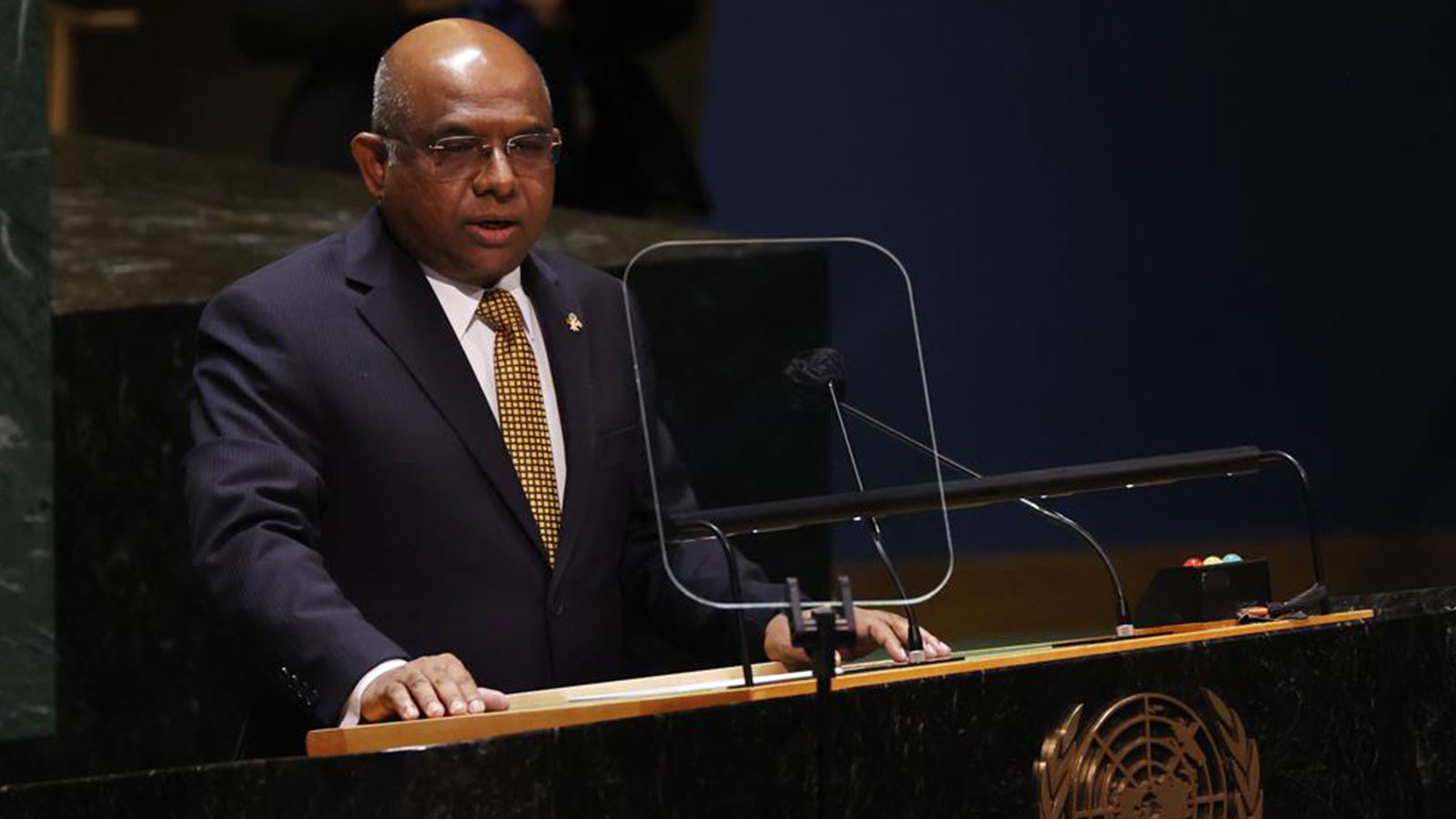 UN anti-racism event, rejected by some, recommits to goals

The U.N. General Assembly pledged Wednesday to redouble efforts to combat racism around the world, commemorating a landmark but contentious 2001 anti-racism conference by holding an anniversary meeting once again riven with divisions.

Looking back on the two decades since the conference in Durban, South Africa, the assembly adopted a resolution that acknowledged some progress but deplored what it called a rise in discrimination, violence and intolerance directed at people of African heritage and many other groups — from the Roma to refugees, the young to the old, people with disabilities to people who have been displaced.

At a meeting focused on reparations and racial justice for people with African heritage, the assembly pointed to the effects of slavery, colonialism and genocide and called for ensuring that people of African descent can seek “adequate reparation or satisfaction” through national institutions.

“Millions of the descendants of Africans who were sold into slavery remain trapped in lives of underdevelopment, disadvantage, discrimination and poverty,” South African President Cyril Ramaphosa told the gathering via video.

He urged the U.N. to take up the question of reparations for “one of the darkest periods in the history of humankind and a crime of unparalleled barbarity.”

President Felix Tshisekedi of Congo said reparations, however they might be provided, should reflect not only historic wrongs but also “the scars of racial inequality, subordination and discrimination, which were built under slavery, apartheid and colonialism.”

But Israel, the United States and some other countries boycotted the meeting because of continued grievances about the Durban meeting 20 years ago. There, the U.S. and Israel pulled out because participants drafted a conference declaration that denounced Israel’s treatment of Palestinians.

And Jamaica, while joining Wednesday’s meeting, said there weren’t sufficient calls for slavery reparations in a new political declaration that was being drafted.

Still, the event — coinciding with the assembly’s annual meeting of world leaders — spotlighted the cause of racial equality at a time when the coronavirus pandemic has underscored inequities, and as the 2020 police killing of George Floyd in the U.S. has re-energized racial justice movements around the world.

The disparity in vaccine availability around the world “clearly does not demonstrate equality between the countries and peoples of this world,” Tshisekedi said. Only about 1 in 1,000 people in his country have gotten at least one shot.

He and others praised some developments since the 2001 conference, including some national-level legislative efforts and the assembly’s new Permanent Forum of People of African Descent, meant to promote their rights and inclusion.

But “we, as a global community, have not done enough to tackle the pervasiveness of racism, racial discrimination, intolerance and xenophobia,” said assembly President Abdulla Shahid, who is from the Maldives.

The 2001 Durban conference aimed to usher in “a century of human rights,” one that would see “the eradication of racism …. and the realization of genuine equality of opportunity and treatment for all individuals and peoples,” according to its declaration.

But work on the document was rocked by tensions over how to address the legacy of slavery, complaints from multiple groups who felt their cause was getting short shift, and a clash over Israel.

With Arab states keen to condemn the Jewish state over its conduct toward Palestinians, the draft declaration decried “racist practices of Zionism” and accused Israel of “practices of racial discrimination.″

After the American and Israeli walkout, the wording was changed to recognize the “plight” of the Palestinians, and the document was eventually adopted.

The U.S. still faults “the anti-Israel and antisemitic underpinnings of the Durban process and has longstanding freedom of expression concerns” with the results, U.N. Ambassador Linda Thomas-Greenfield said in a statement Wednesday explaining her country’s decision not to participate in the anniversary meeting.

Thomas-Greenfield, who is African American, said combating racism is a top priority for her and for the Biden administration. She said the U.S. would continue working on the issue in “more inclusive” settings, without detailing what she meant.

The U.S. decision drew criticism from the American Civil Liberties Union, one of the nation’s most prominent rights groups.

The boycott “sends the wrong message to the global community regarding the U.S. commitment to fight all forms of racism and racial injustice everywhere,” ACLU Human Rights Program director Jamil Dakwar said.

Israeli Ambassador Gilad Erdan lambasted “the radical antisemitism” of the Durban conference in remarks at a competing, virtual meeting organized by a professor at Touro College in New York.

The meeting focused on reparations and racial justice and equality for people with African roots, while reaffirming the entire Durban declaration.

Calling the Durban conference a highlight of her life, Suriname-born Dutch activist and former politician Barryl Biekman complained of a “structurally persistent negative campaign to defame and undermine” the declaration, called the DDPA for short.

“Without the DDPA, we would not have been as close as we are today in having a global platform position to recognize the unfulfilled rights of Africans and people of African descent, at the United Nations and in global society,” she said.

Source: Associated Press
Featured Image: President of the General Assembly Abdulla Shahid speaks at a High-level meeting on the U.N. World Conference Against Racism during the 76th Session of the U.N. General Assembly at United Nations headquarters in New York, on Wednesday, Sept. 22, 2021. (John Angelillo/Pool Photo via AP)