Nearly 75% of African Americans support reparations for slavery. Only 15% of white Americans do, a poll says.

You Are Here: Home » Reparations » Nearly 75% of African Americans support reparations for slavery. Only 15% of white Americans do, a poll says. 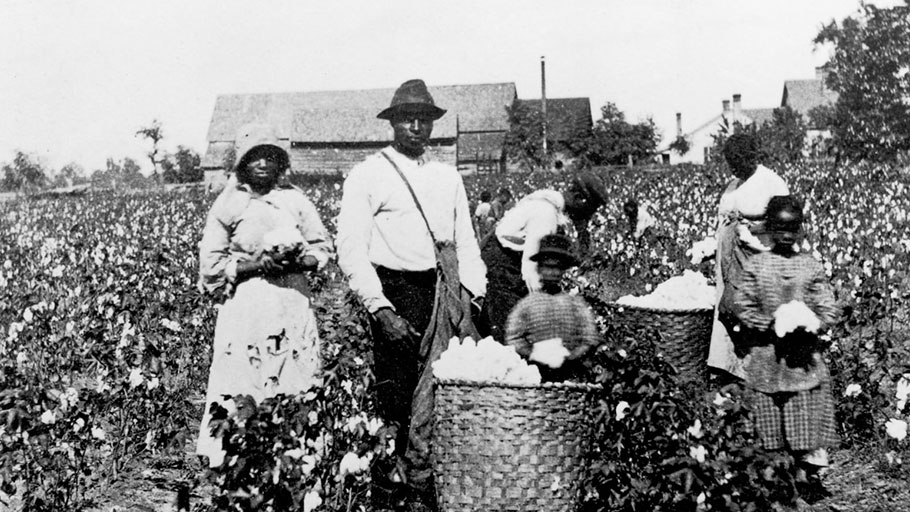 Slavery is a horrific, irremovable stain on US history. But Americans disagree on how to handle its legacy.

While nearly 75% of black respondents in an AP-NORC Center for Public Affairs Research poll said they believe the US government should pay reparations to the descendants of enslaved black people, just 15% of white participants supported the idea.
Overall, about 29% of the people questioned support reparations or payment to African Americans whose family members were slaves, according to the poll conducted in September of nearly 1,300 black, white and Hispanic Americans.

Reparations have been adopted as a talking point among Democratic presidential hopefuls. But there’s little consensus among average Americans.

The underwhelming support for reparations is most evident among the white people who were questioned, and just over half — 54% — said they believe the history of slavery continues to impact black Americans “a great deal.”

More — but still less than half of those polled — said the government should issue an official apology for slavery.

Age was indicative of participants’ beliefs, too: Those over 60 were the least likely age group to support reparations at 16%, compared to 45% of 18- to 29-year-olds.

The US government is split on reparations

The renewed interest in reparations was the impetus for this poll, Jennifer Benz, research scientist and deputy director of the AP-NORC Center, told CNN.

The government has taken small steps toward formally addressing the concept this year. The House Judiciary Committee’s subcommittee on the Constitution, Civil Rights and Civil Liberties held a hearing on reparations on Juneteenth, the June 19 holiday that celebrates the end of slavery.

But the day before the hearing, Senate Majority Leader Mitch McConnell said he opposed paying reparations, arguing that “none of us currently living are responsible” for what he called America’s “original sin.”

Many Democratic candidates for president have voiced support for reparations, but few of them have explained how they’d implement it or what forms it would take. Marianne Williamson is one of the only candidates to propose direct cash payouts to descendants of slaves, suggesting up to $500 billion in payments.
While the poll can’t account for differences in beliefs among different race and age demographics, Benz said that over time, as the demographics that support reparations occupy a larger segment of the population, “support may also continue to increase” for those measures.

The legacy of slavery

To supporters of reparations, the idea that slavery’s impacts are not widely felt some 150 years after it was abolished is a pervasive myth.

“People say ‘slavery was so long ago’ or ‘my family didn’t own slaves.’ But the key thing to understand is that the unpaid labor of millions — and the legacy of slavery, Jim Crow laws, discrimination in mortgage lending and a race-based system of mass incarceration — created uncompensated wealth for individuals and white society as a whole,” he told CNN in April.

There’s no equation for reparations, but various academics, lawyers and activists have guessed — based on formulations on the total value of slave labor to the US economy over about 250 years — that the payments would fall anywhere between $17 billion and $5 trillion.

It’s unclear who or what would pay for reparations, but some have suggested that federal and state governments, private companies and wealthy families who owned slaves could be made to pay, since all supported and benefited from slavery.

Reparations could take on different forms, too: They could be delivered as land or through special social programs instead of direct payment, and some politicians have discussed developing tax credits for low-income families and “baby bonds” to pay for children’s college tuition, but neither of those measures would be exclusive to black families.

Some institutions have already taken measures to repent for ties to slavery: Seminaries in New Jersey and Virginia have pledged millions of dollars in reparations to the descendants of slaves who worked on their campuses.

NAARC and ACLU to Host Series of Forums Focused on Reparations
We Need Your Support — Donate, Share, Sign-Up Ways to Support