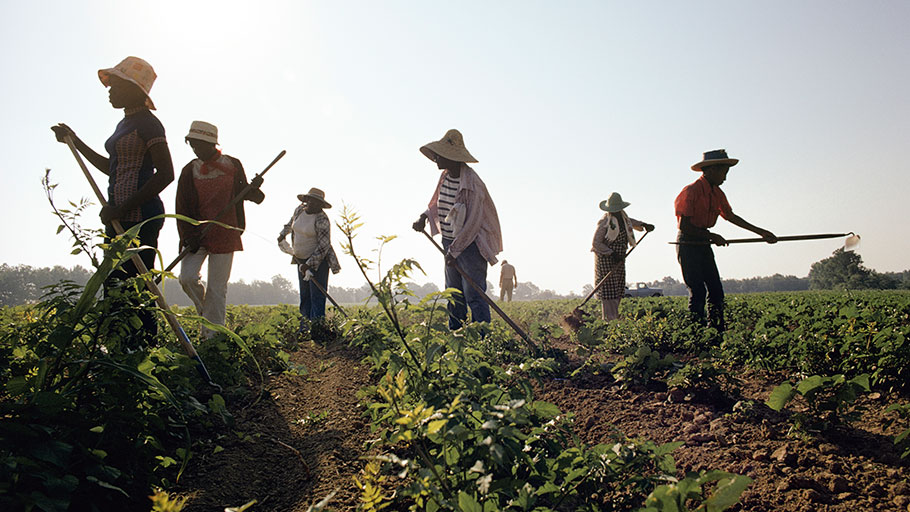 Blacks Were Enslaved Well into the 1960s

You Are Here: Home » Blog » Reparations » Blacks Were Enslaved Well into the 1960s

More than 100 years after the Emancipation Proclamation, there were black people in the Deep South who had no idea they were free. These people were forced to work, violently tortured, and raped.

By Antoinette Harrell; as told to Justin Fornal, Vice —

Historian and genealogist Antoinette Harrell has uncovered cases of African Americans still living as slaves 100 years after the signing of the Emancipation Proclamation. The 57-year-old Louisiana native has dedicated more than 20 years to peonage research. Through her work, she’s unearthed painful stories in Southern states like Louisiana, Mississippi, Arkansas, and Florida. Over a series of interviews, she told Justin Fornal about how she became an expert of modern slavery in the United States.

My mother always talked to me about our family history and the family members who had passed on. She only knew so many stories, so oftentimes she would tell the same ones over and over again. Each time she repeated a story, I felt like she was trying to give me a message. It was like she was trying to tell me that if I wanted to know more about who we were, I would have to dig deeper.

We knew our family had once been slaves in Louisiana. In 1994, I started to look into historical records and public records. I found my ancestors in the 1853 inventory belonging to Benjamin and Celia Bankston Richardson. Written down alongside other personal belongings that included spoons, forks, hogs, cows, and a sofa were my great great grandparents, Thomas and Carrie Richardson.

Carrie and her child Thomas had been appraised at $1,100. Seeing my ancestor’s perceived value written on a piece of paper changed me. It also set forth the direction of my life. It was terribly painful, but I needed to know more. What did they do after Emancipation in 1863? Where did they go? I tracked down Freedmen contracts of the Harrell side of my family that proved that they were sharecroppers. Word started spreading around New Orleans about how I was using genealogy to connect the dots of a lost history. Soon enough people started requesting that I come and speak about how I was uncovering my family’s story so they could do the same for themselves. It became a chance to find out who we were and where we came from as descendants of enslaved people. This was a chance to learn a history we were never taught in school. 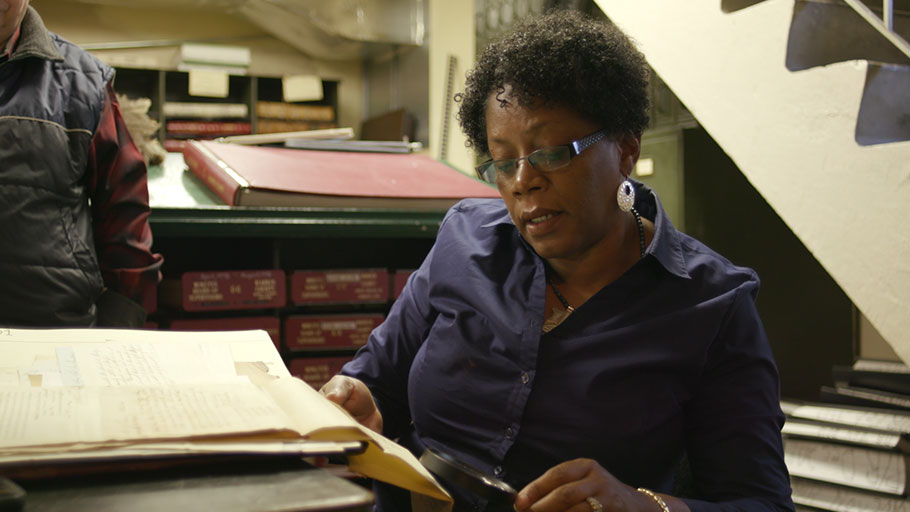 The only fact that seemed certain was that slavery ended with the passing of the Emancipation Proclamation in 1863. But even that turned out to be less than true.

One day a woman familiar with my work approached me and said, “Antoinette, I know a group of people who didn’t receive their freedom until the 1950s.” She had me over to her house where I met about 20 people, all who had worked on the Waterford Plantation in St. Charles Parish, Louisiana. They told me they had worked the fields for most of their lives. One way or another, they had become indebted to the plantation’s owner and were not allowed to leave the property. This situation had them living their lives as 20th-century slaves. At the end of the harvest, when they tried to settle up with the owner, they were always told they didn’t make it into the black and to try again next year. Every passing year, the workers fell deeper and deeper in debt. Some of those folks were tied to that land into the 1960s.

I couldn’t believe what I was hearing. Most shocking of all was their fear. I saw time and time again, people were afraid to share their stories. They were afraid to give this information to me, even behind closed doors decades later. They believed that they might somehow get sent back to a plantation that wasn’t even operating anymore. As I would realize, people are afraid to share their stories, because in the South so many of the same white families who owned these plantations are still running local government and big businesses. They still hold the power. So the poor and disenfranchised really don’t have anywhere to share these injustices without fearing major repercussions. To most folks, it just isn’t worth the risk. So, sadly, most situations of this sort go unreported.

Six months after that meeting, I was giving a lecture on genealogy and reparations in Amite, Louisiana, when I met Mae Louise Walls Miller. Mae walked in after the lecture was over, demanding to speak with me. She walked up, looked me in the eye, and stated, “I didn’t get my freedom until 1963.”

Mae’s father, Cain Wall, lost his land by signing a contract he couldn’t read that had sealed his entire family’s fate. As a young girl, Mae didn’t know that her family’s situation was different from anyone else’s. The family didn’t have TV, so Mae just assumed everyone lived the same way her brothers and sisters did. They were not permitted to leave the land and were subject to regular beatings from the land owners. When Mae got a bit older, she would be told to come up to work in the main house with her mother. Here she would be raped by whatever men were present. Most times she and her mother were raped simultaneously alongside each other.

Her father, Cain, couldn’t take the suffering anymore and tried to flee the property by himself in the middle of the night. His plan was to register for the army and get stationed far away. But he was picked up by some folks claiming they would help him. Instead, they took him right back to the farm, where he was brutally beaten in front of his family.

When Mae was about 14, she decided she would no longer go up to the house. Her family pleaded with her as the punishment would come down on all of them. Mae refused and sassed the farm owner’s wife when she told her to work. Worrying that Mae would be killed by the owners, Cain beat his own daughter bloody in hopes of saving her. That evening still covered in blood, Mae ran away through the woods. She was hiding in the bushes by the road when a family rode by with their mule cart. The lady on the cart saw the bush moving. She got off to find Mae crying, bloodied and terrified. That white family took her in and rescued the rest of the Wall’s later that night.

These stories are more common than you think. There were also Polish, Hungarian, and Italian immigrants, as well other nationalities, who got caught up in these situations in the American South. But the vast majority of 20th-century slaves were of African descent.

When I met Mae, her father Cain was still alive. He was 107 years old, but his mind was still incredibly sharp. A few times we sat together with Mae and the other siblings. It was a brutal catharsis for them to speak about what happened on that farm. I’ll never forget the look in their eyes when one would speak about a horror they endured. It was clear they had never shared their individual stories with one another. It was something that was in the past so there was never a reason to bring it up. One day Cain was watching the television, and there was a Caucasian man with stark white hair on the program. The way he looked must have reminded Cain of someone from the farm. Cain believed that because he had told me what happened on the farm that the man on the TV was going to come to his house and drag him back. Opening the suppressed memories upset him so much he ended up in the hospital. The family kept me away for a while after that.

But Mae and I became good friends and would lecture together. There were unusual ticks she had from her upbringing. Sometimes, when we would be at an event where there was free food, she couldn’t stop eating. She told me this was from years of not knowing when she would eat again. There were other times she would need to take her shoes off. She had grown up not wearing shoes and said sometimes her feet felt uncomfortable when she wore them. The nuances of Mae’s PTSD from growing up as a slave gave me a look into what life must have been like for many of our ancestors who were held under such inhumane conditions.

Mae died in 2014. She was a fearless beautiful spirit and has left a gigantic void. I am glad her brother Arthur is continuing to tell the Wall’s family story. People who hear these stories will often say, “You should have gone to the police.” “You should have run sooner.” But the land down here goes on forever. These plantations are a country unto themselves. The property goes from can’t see to to can’t see. Even if you could run, where would you go? Who would you go to?

Do I believe Mae’s family was the last to be freed? No. Slavery will continue to redefine itself for African Americans for years to come. The school to prison pipeline and private penitentiaries are just a few of the new ways to guarantee that black people provide free labor for the system at large. However, I also believe there are still African families who are tied to Southern farms in the most antebellum sense of speaking. If we don’t investigate and bring to light how slavery quietly continued, it could happen again. 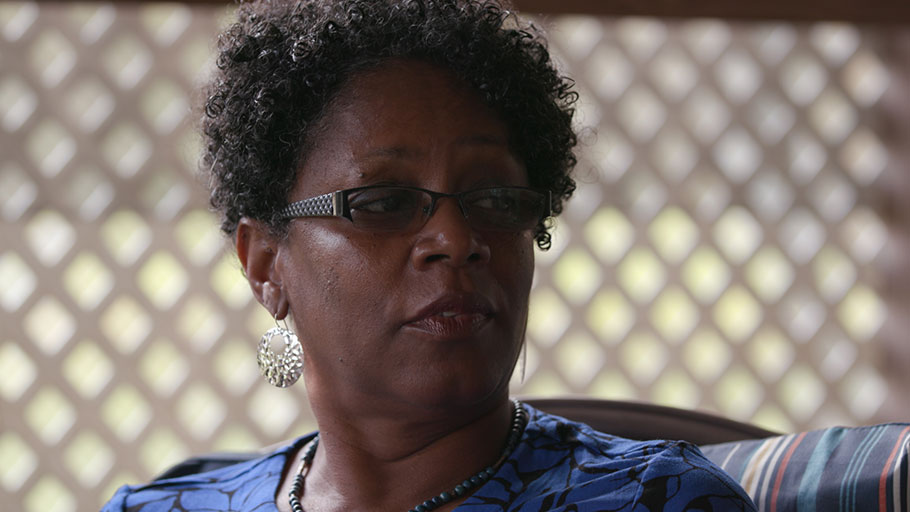 There were several times when I returned to the property where Mae and her family were held. There isn’t much there anymore in terms of the farm.

One day I walked with Mae deep into the woods to see the old green creek she always spoke about. That filthy patch of water where the cows pissed and shit was the same water that Mae and her family drank and bathed in. As we stood together looking into the water Mae’s words were forever seared into my soul.

“I told you my story because I have no fear in my heart. What can any living person do to me? There is nothing that can be done to me that hasn’t already been done.”

This article was originally published by Vice.