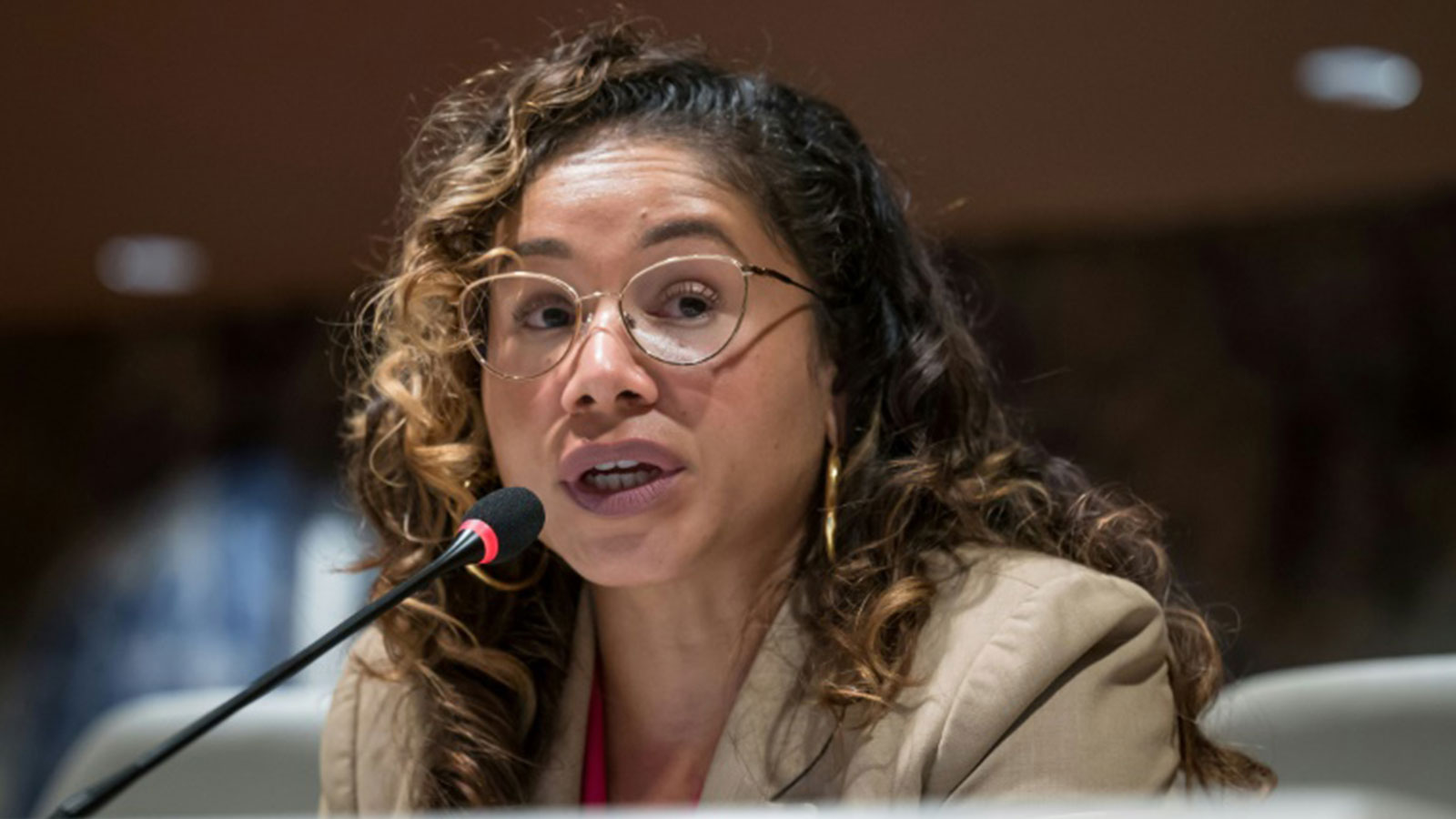 Calls for reparations as US faces UN race record review

You Are Here: Home » Blog » Reparations » Calls for reparations as US faces UN race record review

US officials insisted during a UN review Thursday that Washington was dedicated to battling racial discrimination, amid mounting calls for reparations after centuries of systemic racism.

“We strive to ensure that every American is protected against discrimination based on race, colour, and national origin,” said Desiree Cormier Smith, the US State Department’s special representative for racial equity and justice.

Speaking before the United Nations Committee on the Elimination of Racial Discrimination (CERD), she acknowledged though that “we continue to grapple with the gap between our stated ideals and the lived realities” for African Americans and other minorities.

Cormier Smith was co-heading a large US delegation participating in hearings on how Washington is upholding its international obligations to fight racial discrimination.

The hearings, which began Thursday and will continue Friday, are addressing a raft of issues, including racial profiling and police violence, and unequal access to education, housing and to a healthy environment.

The committee of 18 independent experts evaluates how countries adhere to an international convention on eliminating all forms of racial discrimination, which the United States ratified in 1994.

Ahead of the first regular review of the US record since 2014, rights advocates insisted the US government had never adequately addressed violations against black people during slavery and subsequent periods marked by exploitation, segregation and violence.

That legacy, they argue, continues to be seen in economic, health, education, law enforcement, housing, and other policies and practices.

Statistics show that black families on average have far less wealth than white families, while black people are imprisoned at three times the rate of their white peers, and are far more likely to die at the hands of police.

Cormier Smith acknowledged that “we have a lot of work to do,” but highlighted that there had been significant progress since President Joe Biden came to power last year.

Some advocates who have travelled to Geneva agreed the current administration had gone further than its predecessors in acknowledging problems linked to structural racism.

But they say few concrete actions have followed. 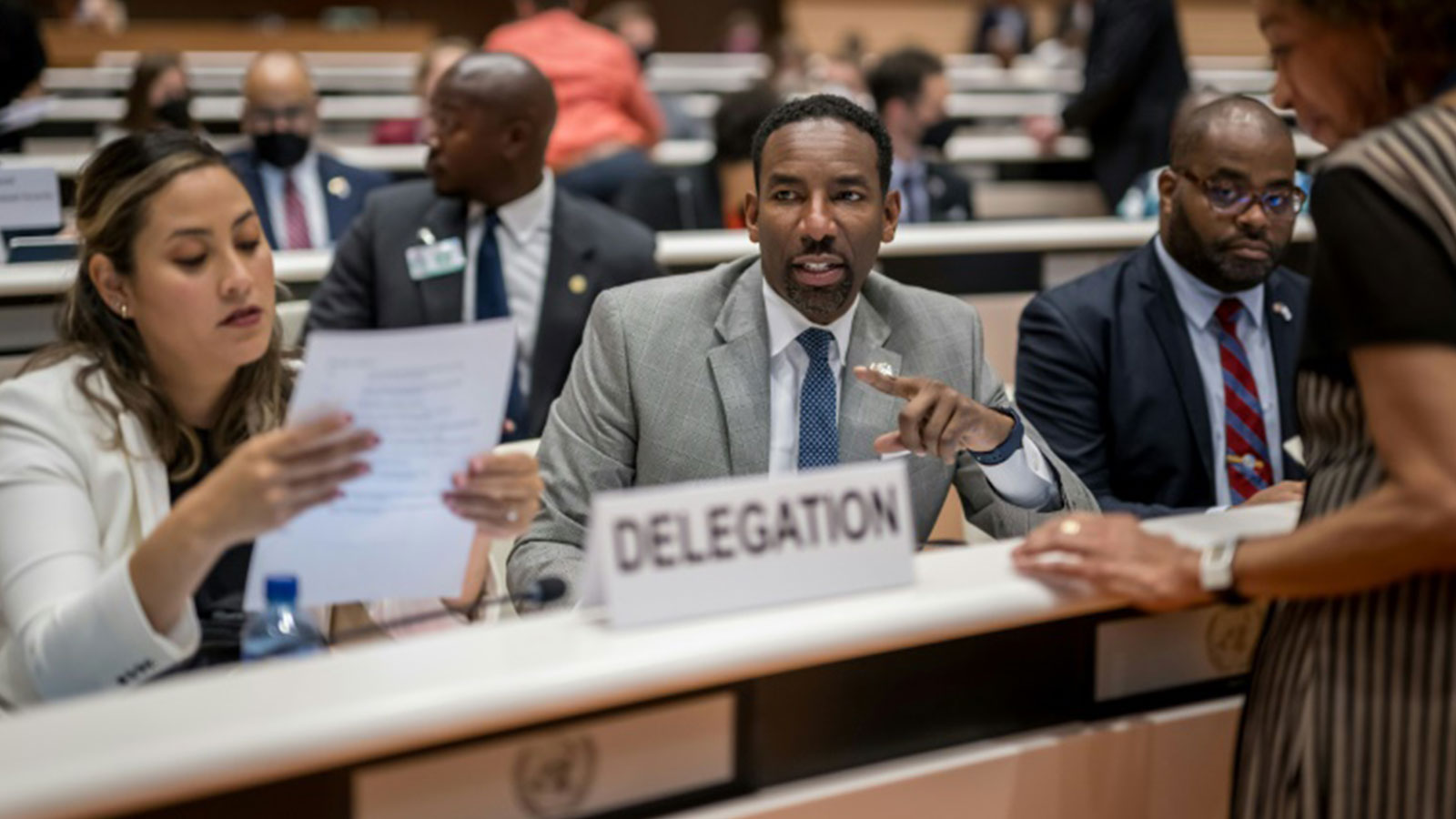 The hearings, which began Thursday and will continue Friday, are addressing a raft of issues, including racial profiling and police violence. Credit: Fabrice Coffrini.

“The Biden administration has shown it can name the problem, but the time has come to take bolder action,” said Jamil Dakwar, head of the American Civil Liberties Union’s human rights programme.

Rights groups insist that as a first step, a commission should be established to study the need for reparations and develop remedies for slavery and its legacy.

Congress has so far failed to agree to do so, but activists are urging Biden to create the commission through an executive order.

He can do so “by the stroke of a pen”, Dakwar said.

“Now is the time to act… to make things better for many, many millions of people in the United States.”

The 87-mile (140-kilometre) stretch along the banks of the Mississippi between New Orleans and Baton Rouge counts around 200 industrial and petrochemical plants.

Activists charge that historic black communities — home to descendants of the slaves that once worked sugarcane fields there — have been sacrificed to make room for polluting and health-hazardous plants, leaving residents 50 times more at risk of developing cancer than the national average, according to the US Environmental Protection Agency.

Joy Banner, a resident and an activist who is leading the fight against plans to build a giant grain silo complex next to her family’s home in Wallace, is demanding a moratorium on expanding or building any new facilities in the area.

She said she was “more optimistic” with Biden in power, but lamented that the federal government was still “much too hands-off”.

“They are still permitting new plants,” she told AFP in Geneva. “We are still dying.”