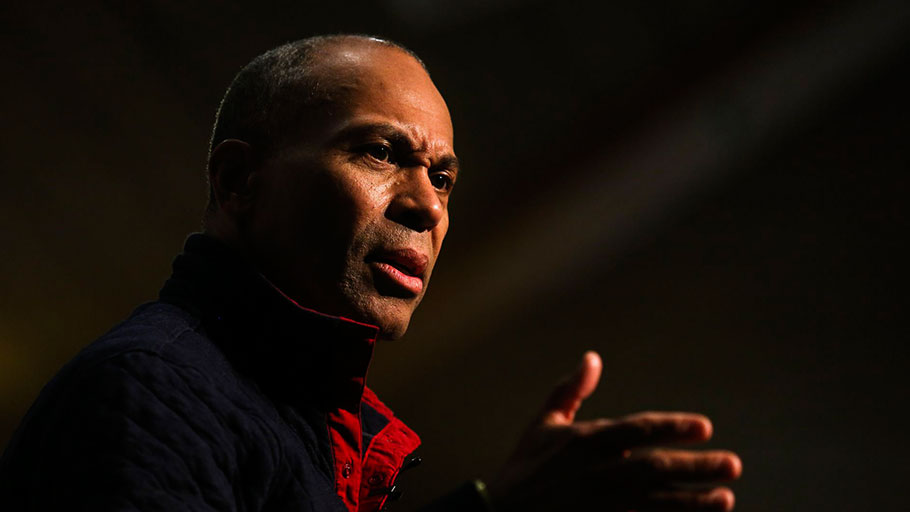 Reparations are popular with black Americans but opposed by most whites and divide Democrats.

Deval Patrick supports developing a plan for the federal government to provide reparations to living descendants of slaves, a position he’ll make clear as part of an economic platform for black Americans he’s unveiling today, an aide tells Axios.

Driving the news: The former Massachusetts governor, one of only two non-white candidates remaining in the Democratic presidential primary, is rolling out his “Equity Agenda for Black Americans” on MLK Day. The proposals aim to close the racial gap in health care, education, and the economy.

Why it matters: Since entering the race late, in November 2019, Patrick has struggled to get his campaign off the ground and hasn’t yet qualified for a debate. Backing reparations could help him to build name recognition and support among black voters, a key constituency in the Democratic Party.

There are no numbers attached to his plan, an omission certain to raise questions about its viability.

What he’s saying: In prepared remarks previewed by Axios, Patrick says that “many Americans do not understand the history of official government policy that produced the consequences that continue to challenge black Americans and black communities.”

This article was originally published by Axios.