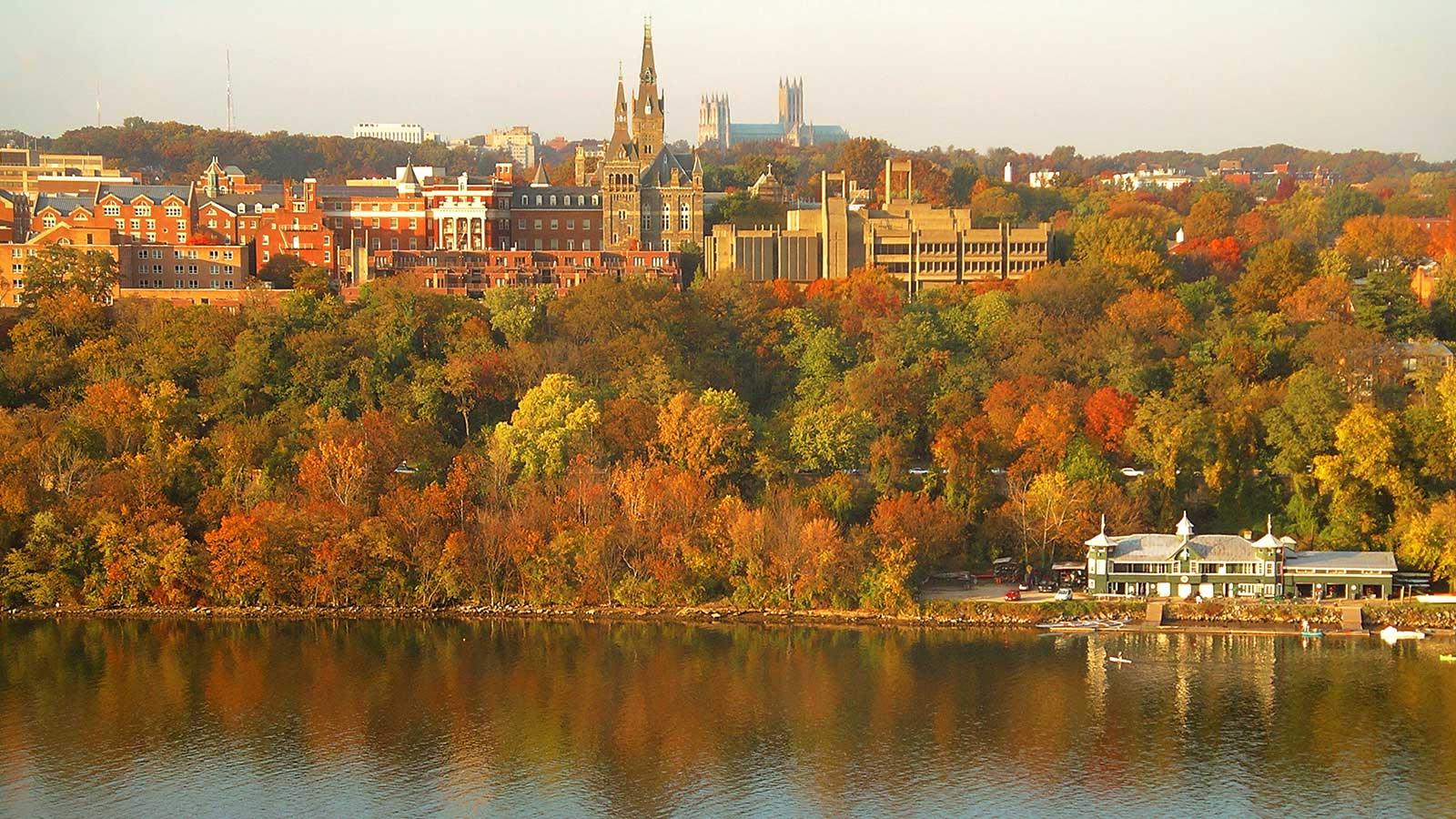 Georgetown University’s road to slavery reparations was paved with good intentions, leading to a can of worms

You Are Here: Home » Blog » Reparations » Georgetown University’s road to slavery reparations was paved with good intentions, leading to a can of worms

Georgetown University’s public atonement for its historical links to slavery has attracted special attention. Since the student newspaper jolted the campus in 2014 with accounts of Jesuit priests engineering the sale of 272 enslaved people in 1838, Georgetown has named campus buildings after an enslaved black laborer and a Black Catholic educator, and pledged funding for health clinics and local schools. The university now offers preferred admissions status in perpetuity to descendants of people whom the Maryland Jesuits once owned.

Georgetown officials assumed, however, that the fate of the 272 sold slaves could never be known, rendering their descendants non-persons. Turns out, the Maryland Jesuits were meticulous record keepers. Historians and genealogists have scoured their archival records to find that Jesuit slavery was more extensive than many had assumed.

They estimate that as many as 1,650 people were enslaved over more than a century and a half at Georgetown College and the six Jesuit plantations in Maryland that financed the school’s operations. These slaves and their progeny, in turn, begat an estimated 12,500 descendants who are believed to be alive today. About half of the descendants have been found through genealogical research. Georgetown now faces mounting inquiries and claims from descendants.

“There’s still more than a thousand Jesuit slaves out there that almost no one talks about,” says Richard Cellini, a Georgetown law school alumnus who hired two genealogists and in 2015 created the Georgetown Memory Project, which characterizes its efforts as “one of the largest group-genealogy searches in U.S. history.”

A vocal group of descendants, said by their attorney to number in the hundreds, has sparred with other descendants over the proper way to honor their ancestors. This group is less interested in what they perceive as symbolic gestures – like renaming campus buildings and offering preferential admissions to descendants – than in receiving scholarships and cash payments as recompense for the unpaid labor of their ancestors. And they want help with genealogical research, which can be time-consuming and expensive.

“Universities have not had to confront a descendant community demanding reparations before,” says Georgetown history professor Adam Rothman, who oversees the Georgetown Slavery Archive. “So they don’t know how to respond to it. Is this a legal question? Is it a moral question? Is it a public relations issue? How do we navigate this terrain?”

When Georgetown president John DeGioia in 2015 commissioned a Working Group on Slavery, Memory, and Reconciliation to prepare a report and recommendations, no one on the 15-member committee was aware of living descendants of Jesuit-owned slaves, said Rothman, who was a member. But the fate of the descendants piqued the curiosity of Cellini, who emailed the Working Group for information about descendants and the possibility of reparations. Cellini said he has received no financial help from the Jesuits or the university.

Georgetown has committed to raise $400,000 a year from donations to support projects benefiting descendant communities and offered preferential admissions to descendants of the Jesuit-owned slaves. To date, 16 descendants have been admitted under the special preference.

“Georgetown is committed to supporting community-based projects in partnership with Descendant communities,” Georgetown spokesman Jason Shevrin wrote in an email to RCI. But Shevrin did not respond to questions about whether the university plans to underwrite genealogical research. It’s also unclear whether the descendants of hundreds of slaves not owned by the Jesuits, but included in the total headcount by historians and the Georgetown Memory Project, will be eligible for preferential admissions or other recognition.

By the time that Georgetown announced the special admissions program in September 2016, the Georgetown Memory Project had identified 1,250 living descendants. When DeGioia announced that descendants would get legacy admissions preference and that the university would establish a center to study slavery and commission a memorial to slaves, praise poured in from all quarters.

“This is the biggest news in reparations in years,” said Alfred Brophy, who studies the history of slavery and universities, was quoted in The Los Angeles Times. “It goes farther than just about any institution,” Massachusetts Institute of Technology slavery historian and author Craig Wilder told The New York Times in 2016. “I think it’s to Georgetown’s credit. It’s taking steps that a lot of universities have been reluctant to take.”

But the demand for reparations is not universally popular. Reparations expert and Duke University professor William Darity has said that it would be misguided for a stand-alone organization to cut checks, because the ultimate responsibility to do so falls on the federal government, and piecemeal efforts can only undermine achieving a national program.

Darity, author of the 2020 book, “From Here to Equality: Reparations for Black Americans in the Twenty-First Century,” said Black people are entitled to about $350,000 per person in a $14 trillion program to erase the nation’s racial wealth disparity between blacks and whites.

“My position is: Take nothing if you’re not going to get what you deserve,” Darity told RCI.

Source: This article was adapted from a RealClearInvestigations article published June 23.

Featured image: Georgetown University’s main campus taken from the top floor of the Key Bridge Marriott. Washington National Cathedral is visible above campus, and the Washington Canoe Club is in the lower right, on the Potomac River (Patrickneil, Wikimedia (2005)).