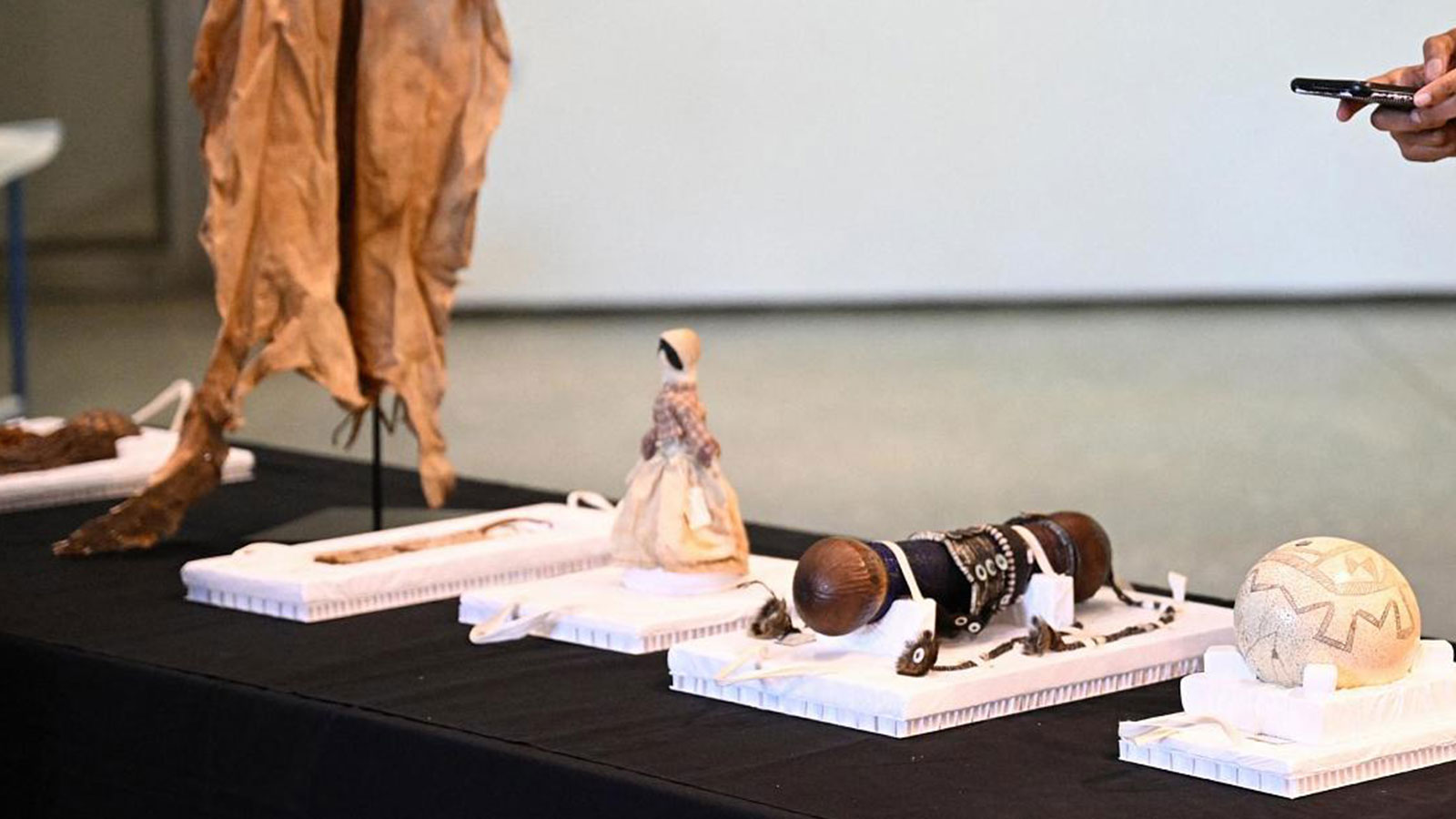 The decision to give back the Namibian jewellery coincides with last year’s recognition of the German Empire’s genocide in the early 20th century.

A German museum has agreed to return a collection of Namibian antiquities on an indefinite loan.

The decision is part of reparations for a period of colonial rule during which Germany committed a genocide against the Namibian people.

The Berlin Ethnological Museum will return 23 ancient items of jewellery and other artefacts that were taken between 1884 and 1915, when Namibia was part of German South West Africa, a colony of the German Empire.

Imperial German forces killed between 24,000 and 100,000 people between 1904 and 1908 when the colonial power quashed an uprising of the Herero, Nama and San people. Many were driven into the desert to die of dehydration, while others were imprisoned in concentration camps.

In 2021, Germany and Namibia signed an agreement which formally acknowledged Germany’s role in the genocide. Germany also agreed to pay €1.3 billion in reparations, to be paid over 30 years.

The Berlin Ethnological Museum’s decision to return the Namibian treasures is part of a push to reconcile with the former colony.

“The collections reflect colonial, and in some cases extremely violent, processes of appropriation, the Museum said.

“They also show the creativity and ingenuity of the Namibian people.”

The artefacts, selected by Namibian experts, include a vessel with three heads, a doll in traditional dress, various hair accessories and spears.

This is a step in the process of re-evaluating “the long and complex history between Namibia and Germany,” said Esther Moombolah, director of the National Museum of Namibia.

“We call on all our future partners to follow the example of this institution,” she added, saying that Namibians “should not have to fly to see our cultural treasures” kept by museums abroad.

Importantly, the items have not been unequivocally returned, instead they have been loaned back “indefinitely” to Namibia .

The Prussian Cultural Heritage Foundation (SPK), which oversees Berlin’s museums, did not explain why the objects were not simply returned, with its president Hermann Parzinger saying only that the loan was “the way that had been decided”.

“The objects that should be in Namibia will stay there,” he said.

Alongside this agreement, last year, the Ethnological Museum also agreed to return its collection of Benin Bronzes to Nigeria.

The metal plates and sculptures were made between the 16th and 18th century and decorated the royal palace of the Kingdom of Benin. Until now, they were considered the jewel of the Berlin Museum’s collection. 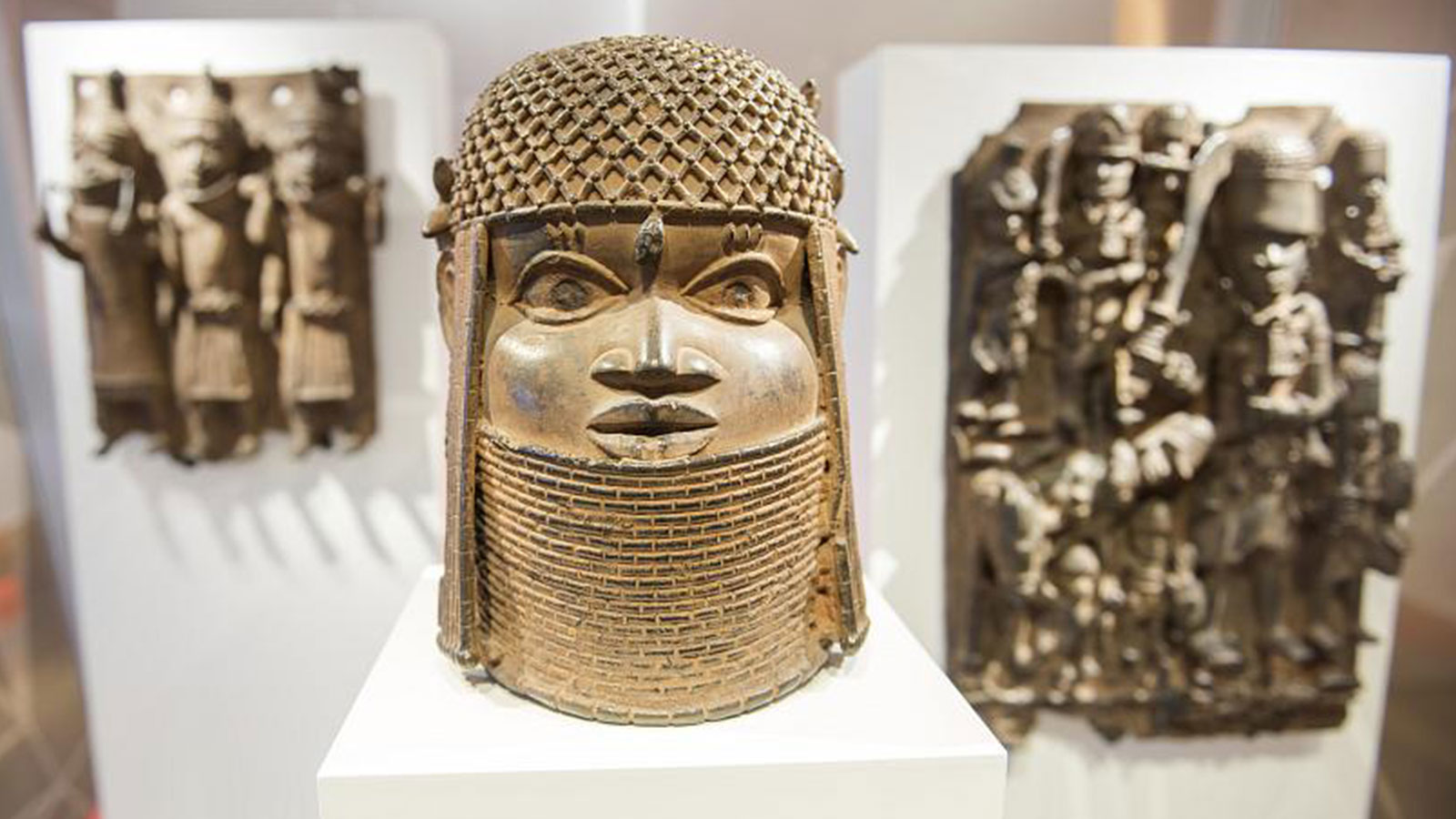 Three pieces of Benin Bronzes are displayed at Museum for Art and Crafts in Hamburg, (GermanyDaniel Bockwoldt/dpa via AP)

The decision to return so many prized artefacts to ex-colonies of the German Empire comes in contrast to the response by Britain regarding items such as the Parthenon Marbles, which are in London’s British Museum.

Although Britain has agreed to open talks with the Greek government over the marbles, the government has continued to state its position that it won’t act for the independent British Museum. The Museum meanwhile continues to state they won’t return the marbles without an act of government.

Founding director of the Heritage Management Organisation and critic of the British Museum’s position on the Parthenon Marbles, Evangelos Kyriakidis says: “Returning these items back to their home countries, possibly without a strong legal argument is immaterial when the moral argument is much more important.”

“There are many countries around the world taking serious decisions to part with the parts of their collections that look terribly bad. A colonial power is force majeure. So many items like the Benin Bronzes are being returned by Berlin. France, the Netherlands and Germany have all been at the forefront of that.”

“Britain is being left behind,” he says.

Source: Euronews
Featured image: A woman takes pictures of Namibian art pieces from the collection of the Ethnological Museum in Berlin on display. (Tobias Schwarz, AFP)