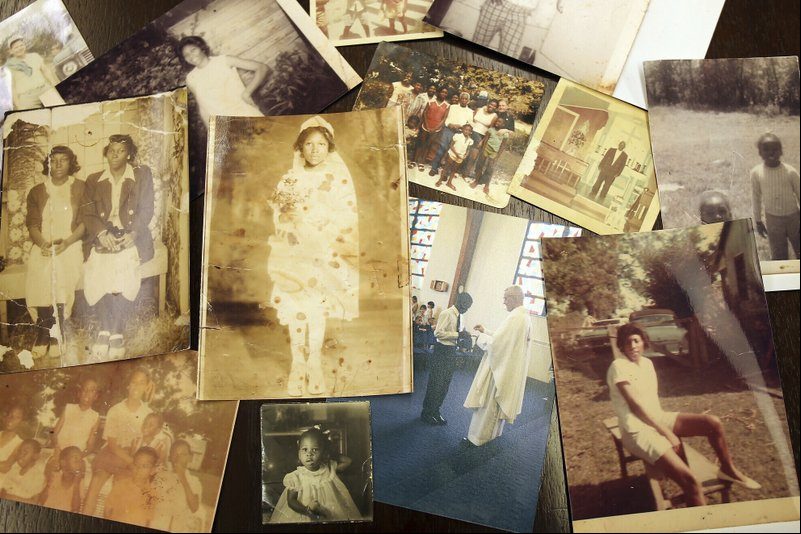 Jesuits in US pledge $100M for racial reconciliation

You Are Here: Home » Blog » Reparations » Jesuits in US pledge $100M for racial reconciliation

The U.S.-based branch of the Jesuits has unveiled ambitious plans for a “truth and reconciliation” initiative in partnership with descendants of people once enslaved by the Roman Catholic order. The Jesuits pledge to raise $100 million within five years with a broader goal of reaching $1 billion from an array of donors in pursuit of racial justice and racial healing.

Even the smaller amount represents the largest financial pledge thus far from a U.S. religious institution, as a variety of them nationwide seek to make amends for their past involvement in slavery and racial oppression.

Partnering with the Jesuit Conference of Canada and the United States in the initiative is the GU272 Descendants Association, which represents the descendants of 272 enslaved men, women and children sold by the Jesuit owners of Georgetown University to plantation owners in Louisiana in 1838.

Together, the two parties have formed the Descendants Truth & Reconciliation Foundation to oversee fundraising and allocate grants. Already, the Jesuits have placed $15 million in a trust that will finance the effort.

The foundation’s acting president is Joe Stewart, one of more than 1,000 descendants of Isaac Hawkins, an enslaved man who was among those sold in 1838.

Stewart said many Americans understand the wrongs of slavery and segregation yet are divided over approaches to reconciliation and reparations.

“We hope what we’ve created here is an offer to join us in a peaceful and loving approach to removing your shame,” Stewart said Tuesday. “There are a lot of people who want to be a part of change — we hope we’re providing the answer to, ‘What do I do?’”

The foundation’s plan calls for the Jesuits to raise $100 million through their own fundraising network, and the $1 billion figure would be attained with support from corporations, foundations and the general public, Stewart said.

Atoning for its slaveholding past has been a recurring issue at Georgetown. The Washington, D.C., university’s administration and student body both took steps in 2019 to extend financial support to descendants of the people sent to Louisiana.

Three years earlier, the president of the Jesuits’ conference, the Rev. Tim Kesicki, had an initial meeting with Stewart to discuss a possible reconciliation project.

“Hearing what it felt like, that the church that baptized him had held his ancestors as slaves — it’s a life-changing feeling,” Kesicki said. “You can walk away, which is what we’ve done as a country, or you can embrace it.”

That reckoning requires organizations and institutions examine their histories pertaining to slavery and acknowledge how their current status is built on that history.

Details on how the funds will be spent remain to be worked out. But Stewart said roughly half of the grant money would go to organizations and initiatives seeking to promote racial justice and reconciliation. Some other funds would provide scholarships and other educational support for descendants of the 272.

“We will have programs in three to five years,” Stewart said. “But that will never be as important as what we do over the long run, the next 50 to 100 years.”

“We’re talking about dismantling the continuing legacy of slavery,” he said. “The way to get there is bring the whole nation along and face the truth about that history.”

Stewart said he and other leaders of the initiative do not consider it to be a form of reparations — a topic that has created conflict.

“We’re taking a positive approach not based on individual stipends,” he said. “It’s transformative rather than payback.”

Several other religious organizations in the U.S. have launched similar initiatives in the past two years, notably on the part of long-established Protestant churches that were active in the era of slavery.

The Episcopal Church has been the most active major denomination, and others, including the United Methodist Church and the Evangelical Lutheran Church of America, are urging congregations to consider similar steps.

The Minnesota Council of Churches cited a host of injustices, from mid-19th century atrocities against Native Americans to police killings of Black people, in launching a “truth and reparations” initiative last year engaging its 25 member denominations.

The U.S. Conference of Catholic Bishops has not embraced the term “reparations” in its official policies. The word never appears in a 2018 pastoral letter condemning “the ugly cancer” of racism, though the document encourages support for programs “that help repair the damages caused by racial discrimination.”

Shannen Dee Williams, a history professor at Villanova University, is among several Black Catholics who have been urging the U.S. church to participate in reparations rather than leaving decisions on such actions up to individual Catholic institutions.

“I pray other religious orders of men and women, the U.S. bishops, and the Vatican will be moved to follow the U.S. Jesuits’ example,” she said via email. “The Church must formally acknowledge and apologize for its histories of slavery, segregation, and racial exclusion, and institutionalize the teaching of Black and Black Catholic history in all areas of church life.”

Nkechi Taifa, a human rights attorney who serves on the National African American Reparations Commission, welcomed the Jesuits’ announcement, but characterized it as a partial step.

“No amount of material resources will ever compensate for the horror that was done of ripping people from their families and literally selling them down the river to Louisiana,” she said. “The harm was multifaceted; the remedy must be multifaceted as well.”