Louisiana Plantations Reworking Tours to Include, Not Whitewash Slavery

You Are Here: Home » Reparations » Louisiana Plantations Reworking Tours to Include, Not Whitewash Slavery 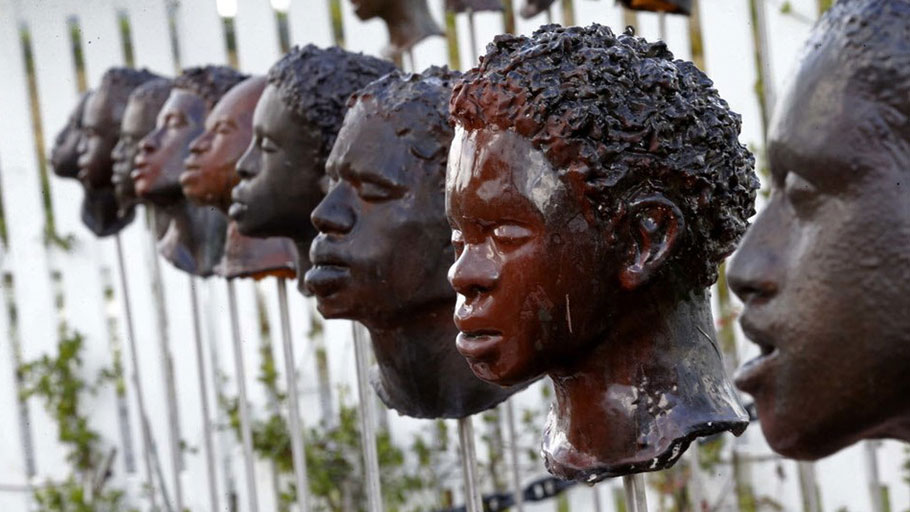 This July 14, 2017 photo shows a memorial by Woodrow Nash for the German Coast Uprising at the Whitney Plantation in Edgard, La. After the uprising, slaves who participated were tried and executed. Their heads were placed in public view along the Mississippi River, to serve as a warning to others. (AP Photo/Gerald Herbert)

By The Associated Press

Cummings, an attorney and real estate investor, opened Whitney more than two years ago as a slavery museum, bucking a tradition of plantation tours that romanticize antebellum life and gloss over the slave trade. Yes, there are live oaks arching over the walk up to a grand, restored main house full of period antiques. But there’s also an artist’s jarring monument to slaves slaughtered after a failed revolt — multiple rows of spikes topped with what look like the decapitated heads of African-American men.

Purchased as a real estate investment more than 15 years ago, Whitney became something else for Cummings, an 80-year-old white man, as he examined volumes of documents related to the old sugar plantation and similar surrounding operations along the Mississippi River. Inventories of human beings valued like livestock or equipment and records of women touted as breeding stock were eye-openers, even for a wealthy, college-educated man from the South.

“I asked myself, ‘How the hell didn’t I know this?'” Cummings recalled. That led to years of research, consultation with historians and the transformation of the plantation into a sprawling showcase of art, history and memorials.

Whitney’s look at slavery may be the starkest. But, it’s not the only plantation addressing the issue, said Justin Nystrom, associate professor of history at Loyola University New Orleans.

“For a long time they’ve been touting the moonlight and magnolias antebellum fantasy,” Nystrom said. “That’s a dying idea.” 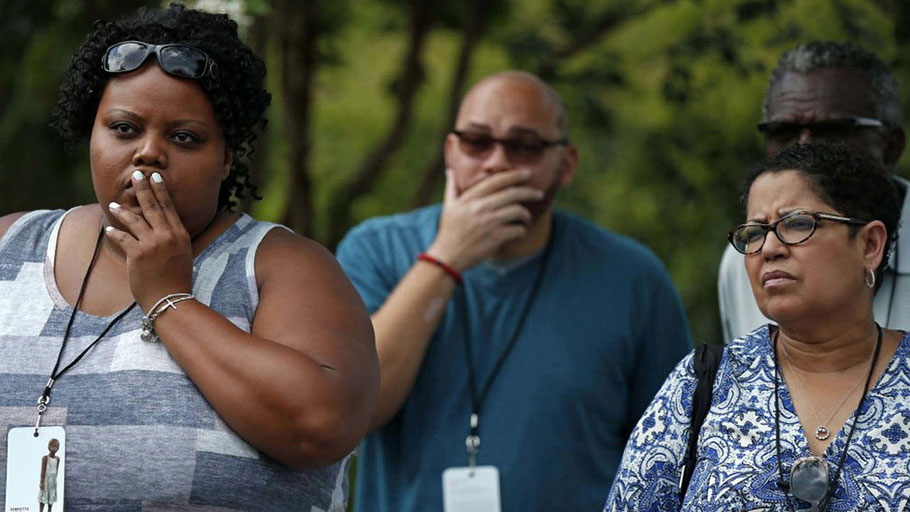 In this July 14, 2017 photo, Najula Jackson, of Atlanta, left, and Lance Brown, of New Orleans, listen as a tour guide explains the Wall of Honor, for all of the known enslaved people who lived at the plantation, at the Whitney Plantation in Edgard, La. (AP Photo/Gerald Herbert)

Norman Marmillon, who runs tours on Laura Plantation, says people are hungry for true stories of the enslaved and those who enslaved them.

“I’ve been doing it for 25 years,” Marmillon says.

While Whitney provides an expansive view of slavery throughout Louisiana, Marmillon says his tour tells only the stories of slaves and owners at Laura. The information is gleaned from 5,000 pages of documents preserved by the family that originally owned the plantation, including the property’s namesake, Laura Locoul Gore. Her writings were discovered after her death in 1963 at age 101. The one-time plantation matriarch wrote about growing up in the years immediately after the Civil War and her realizations about slavery’s cruelties — including the branding of slaves as though they were animals.

“We don’t give a broad view of what slavery was about in the South,” Marmillon said. “We take one place and we say, ‘This is what happened.'”

The historic plantations’ increasing focus on slavery’s cruelty comes as Southern cities grapple over the propriety of Jim Crow-era monuments honoring Confederate figures — witness New Orleans officials’ decision to remove four such monuments this year. Nystrom sees it as a slow but sure devolution of reverence for the old Confederacy.

“I think the slavery experience is going to become crucial to the plantation tour as generationally we get further removed from the Old South, Lost Cause paradigm,” he said. 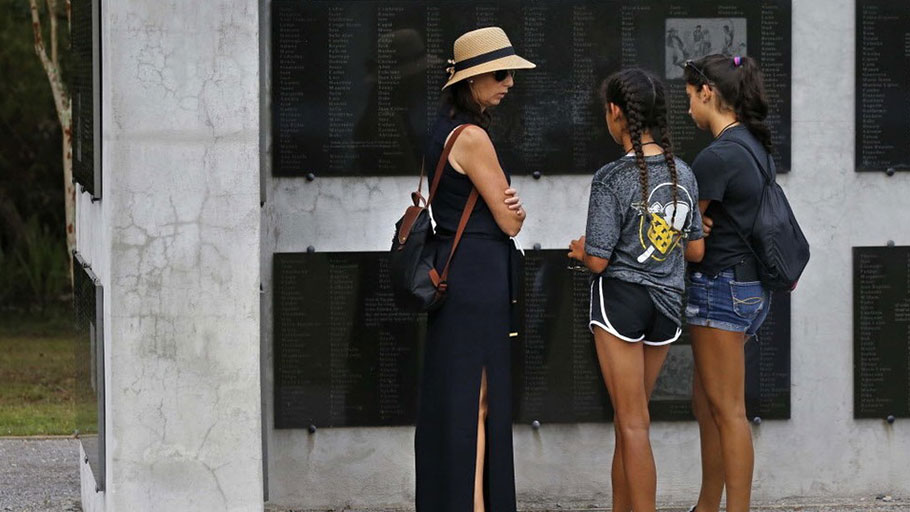 In this July 14, 2017 photo, visitors stop in front of the Allees Gwendolyn Midlo Hall, displaying 107,000 names of people enslaved in Louisiana from 1719 to 1820, at the Whitney Plantation in Edgard, La. (AP Photo/Gerald Herbert)

Some plantations offer education about slavery while maintaining the sense of Old South grandeur. Destrehan Plantation’s website touts its education center in a former overseer’s cabin, including a section dedicated to one of the largest slave revolts in history. The same website has a page showing a bride and groom under an oak laden with Spanish moss, promoting the venue as a prime spot for class reunions, conferences and weddings.

“I think this whole industry is a very difficult industry to navigate,” said Ashley Howard, a Loyola history professor. “In essence, you’re profiting off of thousands of peoples’ misery. The fact that, at some of these you can drink a mint julep where people suffered atrocities — that’s a very difficult thing to reconcile.”

Demond “Ali” Johnson, a docent at Whitney, knows that sentiment.

“Coming to a plantation as a kid, on a field trip, I realized that they just brought me to the big house and showed me the architecture and all the wealth and didn’t talk about anything about who worked there — what was done for them to have the things that they had,” said the 41-year-old black man with a background in computers.

Now he conducts daily Whitney tours, dispensing facts from construction and architectural details to the tragic cruelties of enslavement. 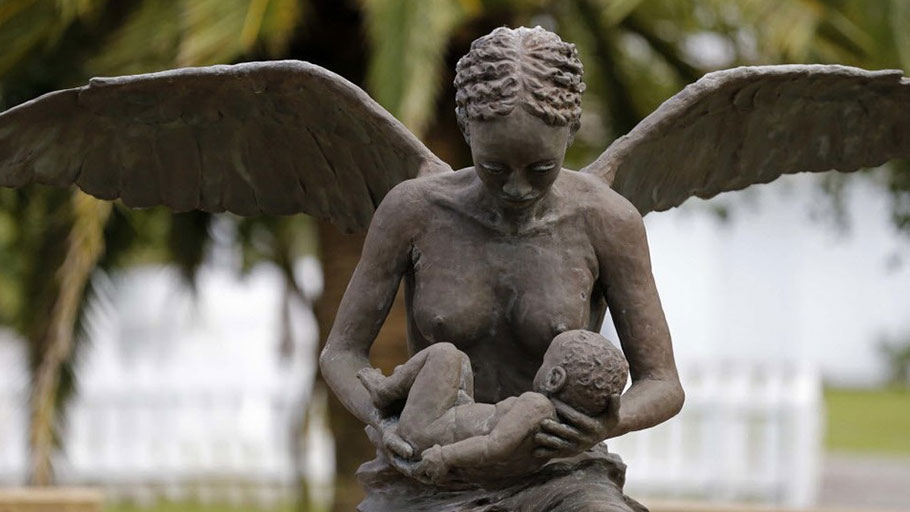 In this July 14, 2017 photo, the sculpture “Coming Home,” by Rod Moorhead, stands as a memorial in the “Field of Angels,” for 2,200 enslaved children who died in St. John the Baptist Parish between the 1820’s through the 1860’s, at the Whitney Plantation in Edgard, La. (AP Photo/Gerald Herbert)

Howard sees room for improvement in the plantations’ attempts to confront slavery. More focus is needed, she said, on the racism that oppressed ex-slaves in the decades after the Civil War, often as sharecroppers on the land where they once were enslaved. She’d like to see greater emphasis on the overall humanity of the unpaid captives who made the plantations grand places. 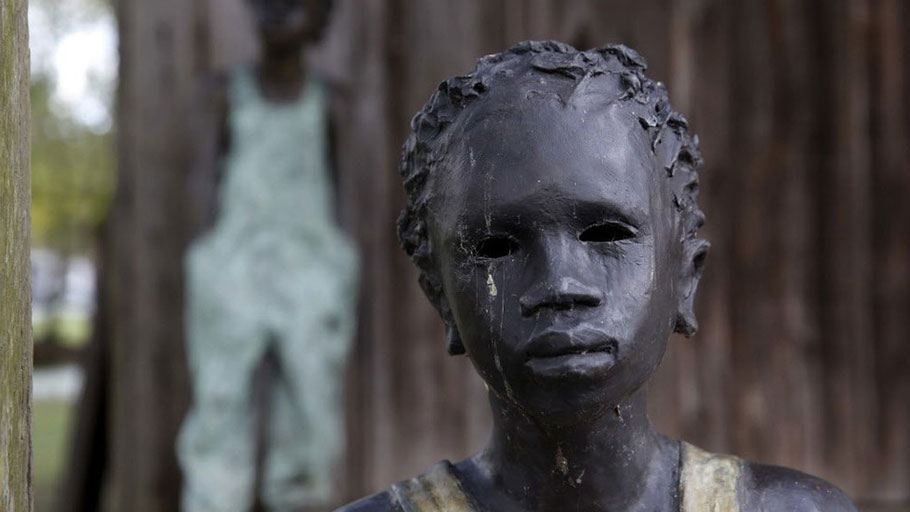 This July 14, 2017 photo shows two of the 40 statues spread throughout the grounds, titled “Children of Whitney” by Woodrow Nash, in front of one of the slave cabins at the Whitney Plantation in Edgard, La. Purchased as a real estate investment, Whitney became something else for John Cummings, an 80-year-old white man, as he examined volumes of documents related to the old sugar plantation’s labor force: people inventoried like cattle, women listed as breeding stock. “I was shocked to find that the second most valuable asset was human beings,” he said. (AP Photo/Gerald Herbert)