How a Nearly Successful Slave Revolt Was Intentionally Lost to History

You Are Here: Home » Reparations » How a Nearly Successful Slave Revolt Was Intentionally Lost to History 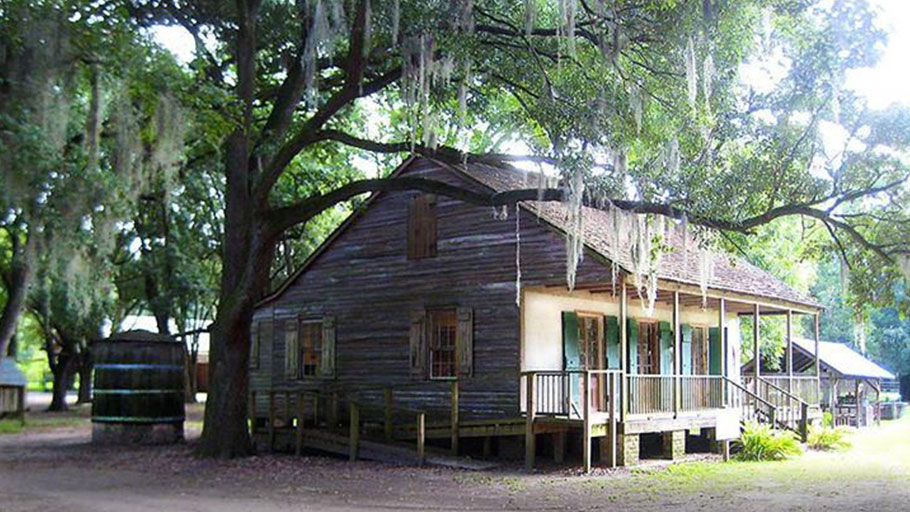 Two hundred and five years ago, on the night of January 8, 1811, more than 500 enslaved people took up arms in one of the largest slave rebellions in U.S. history. They carried cane knives (used to harvest sugar cane), hoes, clubs and some guns as they marched toward New Orleans chanting “Freedom or Death,” writes Leon A. Waters for the Zinn Education Project.

The uprising began on the grounds of a plantation owned by Manuel Andry on the east side of the Mississippi, in a region called the German Coast of Louisiana. There, a slave driver named Charles Deslondes of Haitian decscent, led a small band of slaves into the mansion of the plantation owners, where they wounded Andry and killed his son Gilbert. The group then armed themselves with muskets and ammunition from the plantation’s basement. Some donned Andry’s militia uniforms.

“Charles knew that the uniforms would lend the revolt authority, wedding their struggle with the imagery of the Haitian Revolution, whose leaders had famously adopted European military garb,” reports historian Daniel Rasmussen in his book American Uprising: The Untold Story of America’s Largest Slave Revolt, excerpted by NPR. Charles was inspired by the Haitian Revolution, which had succeeded less than a decade before and brought encouragement to those revolting in Louisiana that night.

After the attack on the Andry mansion, the group of revolutionaries started a two day march down River Road to New Orleans. Along the way they burned other plantations. The plan was to join with other revolutionaries in the city.

Official accounts at the time spun the fiction that the revolt was nearly a band of “‘brigands’ out to pillage and plunder,” writes Wendell Hassan Marsh for The Root. But this was the story of the victors— Rasmussen found through the course of his research, not the story of what happened. In reality, the revolt was carefully organized and it threatened to destabilize the institution of slavery in Louisiana.

To uncover the real story, Rasmussen pored through court records and plantation ledgers. “I realized that the revolt had been much larger—and come much closer to succeeding—than the planters and American officials let on,” he tells Littice Bacon-Blood of the Times-Picayune. “Contrary to their letters, which are the basis for most accounts of the revolt, the slave army posed an existential threat to white control over the city of New Orleans.” 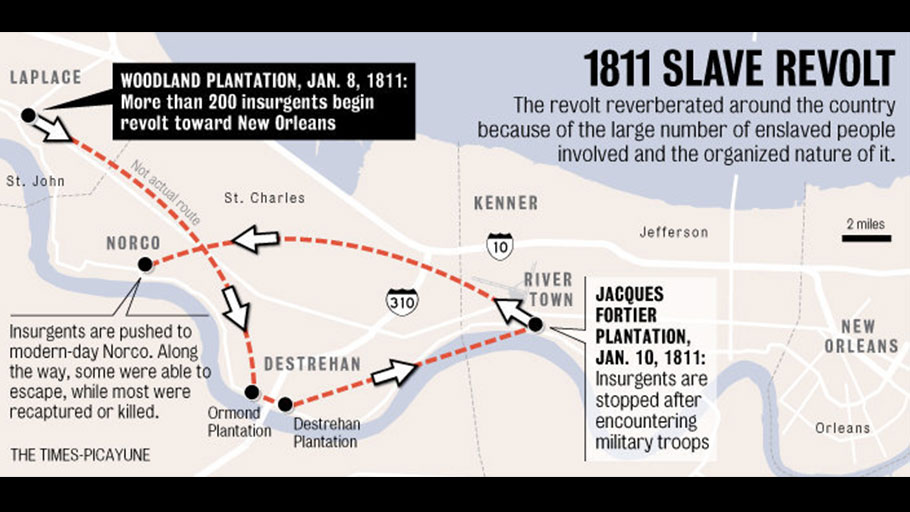 Many rebels had copies of the French Declaration of the Rights of Man hidden in slave quarters and rebels had led smaller attacks in the region for years leading up to the revolt, Marsh writes for The Root. Among the ranks of the revolters included those with experience fighting in civil wars in Ghana and Angola. The plan was to establish a black state along the banks of the Mississippi. But as the marching group’s numbers swelled to more than 500 strong, U.S. federal troops and the slave owners’ militia responded quickly.

On January 10, at Jacques Fortier’s plantation, near what is now River Town in Kenner, federal troops forced the revolt to turn back, Bacon-Blood reports for The Times-Picayune. With the militia blocking the revolutionaries’ retreat, that spelled the end of the revolt.

“It was really brutally put down,” Gwendolyn Midlo Hall, an author and historian at Michigan State University, tells Bacon-Blood. “It was incredibly bloodthirsty in the way the elite put it down, cutting people into little pieces, displaying body parts.”  The brief battle killed dozens of the fighting slaves. The surviving leaders were rounded up to face a tribunal on January 13 and many were sentenced to death by firing squad. 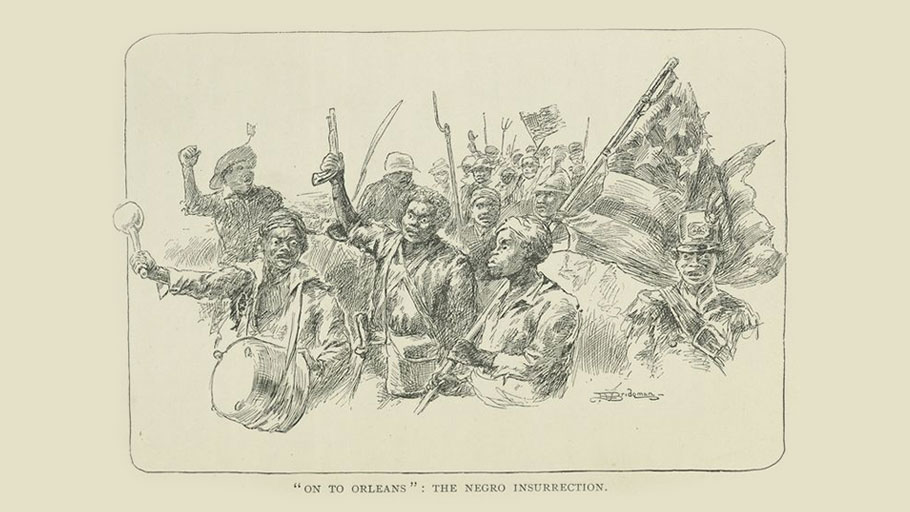 “Their heads were cut off and placed on poles along the river in order to frighten and intimidate the other slaves,” writes Waters for the Zinn Project. “This display of heads placed on spikes stretched over 60 miles.”

The suppression of the extent of the rebellion kept the uprising from historical attention for decades. Hall calls it a kind of “historical amnesia” in the Times-Picayune piece. However on the 200th anniversary of the revolt, area museums and historical sites in Louisiana organized a year-long commemoration of the event. In time, the uprising may gain the recognition it deserves, thanks to the efforts of historians willing to sort the fiction from the reality.