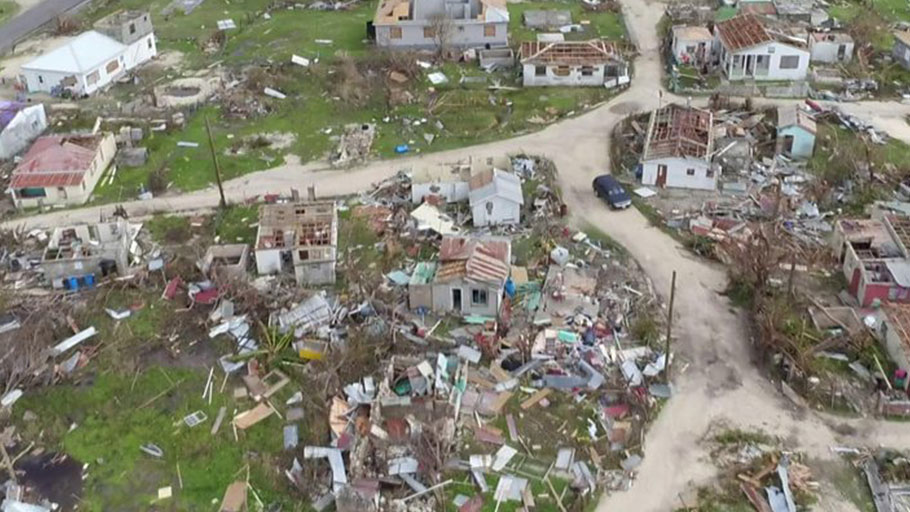 As it is, the pain, the agony, the distress, the abandonment, the unpredictable fatalities and other psychological costs of re-organizing and re-establishing their homes, their communities and their livelihoods are borne logically by the residents of the hurricane-prone countries.

It is the argument of this statement that the unfortunate victims should not be expected to bear the capital, recurrent, and other financial costs of rehabilitation after these more and more ruinous disasters.

Before making recommendations, it is only fair to note that big-hearted, generous and humane individuals and institutions of other countries, often with no relationship to the victims, have always been ready to organize and deliver critical items and services to relieve the extremes of suffering. Our people will not forget these acts of generosity.

In the case of the Bahamas, parts of which were devastated a month ago by hurricane Dorian, the assistance of the US Coast Guard was frequently noted in dispatches, an intervention that might have justly attracted the attention of the people of Puerto Rico. In a different mood, the United States civilian authorities received orders not to admit people in flight from the natural disaster if they could not present visas and passports.

We now feel compelled once again, as a responsibility to history, to remind ourselves and the international community that the majority of residents in the hurricane-prone countries of the Caribbean, such as Bahamans, Barbudans, Haitians and others are there as a result of a specific centuries-long crime wave, known as the Atlantic Slave Trade.

These Caribbean people are in the hazardous paths of these annual and all-powerful winds, now seen as growing in force and frequency, as global warming increases.

High Benefits With No Sense of Obligation

As a subset of the general demands for Reparations, the claims in this statement, made on European slave-owning powers of the past, can be supported by repeating a selection of facts from world economic history:

Against this background, this statement makes a very logical and human claim: The Caribbean countries randomly affected by hurricanes are populated by the descendants of people traded from the African continent, without any semblance of their consent. As one African woman poet puts it:

To make the lack of consent more emphatic, any attempt of the enslaved to escape from the plantations was punishable under the slave codes.

It is the argument of this statement, therefore, that the successor governments of the slave-owning empires cannot escape responsibility for the suffering and loss which the descendants of their captives experienced from natural disasters in countries to which their fore-parents had been forcibly transported.

Attempts of the enslaved populations to free themselves and claim rights as human beings were regularly answered by the dispatch of gun boats and war ships from the oppressor nations to reduce the rebels to submission. This in brief is the process by which the populations of the countries randomly assaulted by hurricanes have become sitting ducks to these natural disasters.

Moreover, the economic frameworks into which the Africans, and later others, were entrapped proved in time unsustainable as the powers concerned and the USA conducted their economic rivalries. The cotton industry, the sugar industry, and the banana industry are examples of how several Caribbean populations have been forced to experience a loss of economic security and have been left to survive mainly by their own devices. 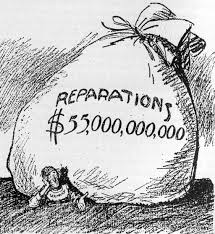 Decades ago, the Working People’s Alliance, as an organization outside of government, had proposed publicly that small disaster-prone countries should be protected by a new kind of multi-lateral Insurance Scheme from the injustice of bearing the cost of rebuilding and rehabilitation after a disaster. The recommendation fell on deaf ears. Since those years, the problem has become more acute, as carbon emissions increase and render hurricanes more destructive.

The present personal statement is made in the hope that although it does not come from an organization, it can be the subject of critical study, leading to action that places responsibility where it really belongs, at the feet of the European Empires referred to above.

It is hypocritical and impractical for the successor governments of the slave-owning powers to expect CARICOM and its citizens to muster the resources to respond to these calamities. On the other hand, for CARICOM to aspire heroically to assemble the human resources, the financial resources and the hardware necessary in these emergencies is a serious misunderstanding, exaggeration, and distortion of the principle of self-reliance.

In making this statement, my purpose is clearly not to assign to the slave-owning powers and their successor governments any guilty knowledge of all the results of their expansionist activities of the centuries after the invasions of Columbus. Rather, the purpose of this statement is to apply the standards of judgment of the present day and the 21st century to argue that they cannot escape the moral responsibility for the consequences of their self-serving and inhuman population transfers and that it is time to apply adequate reparatory measures.