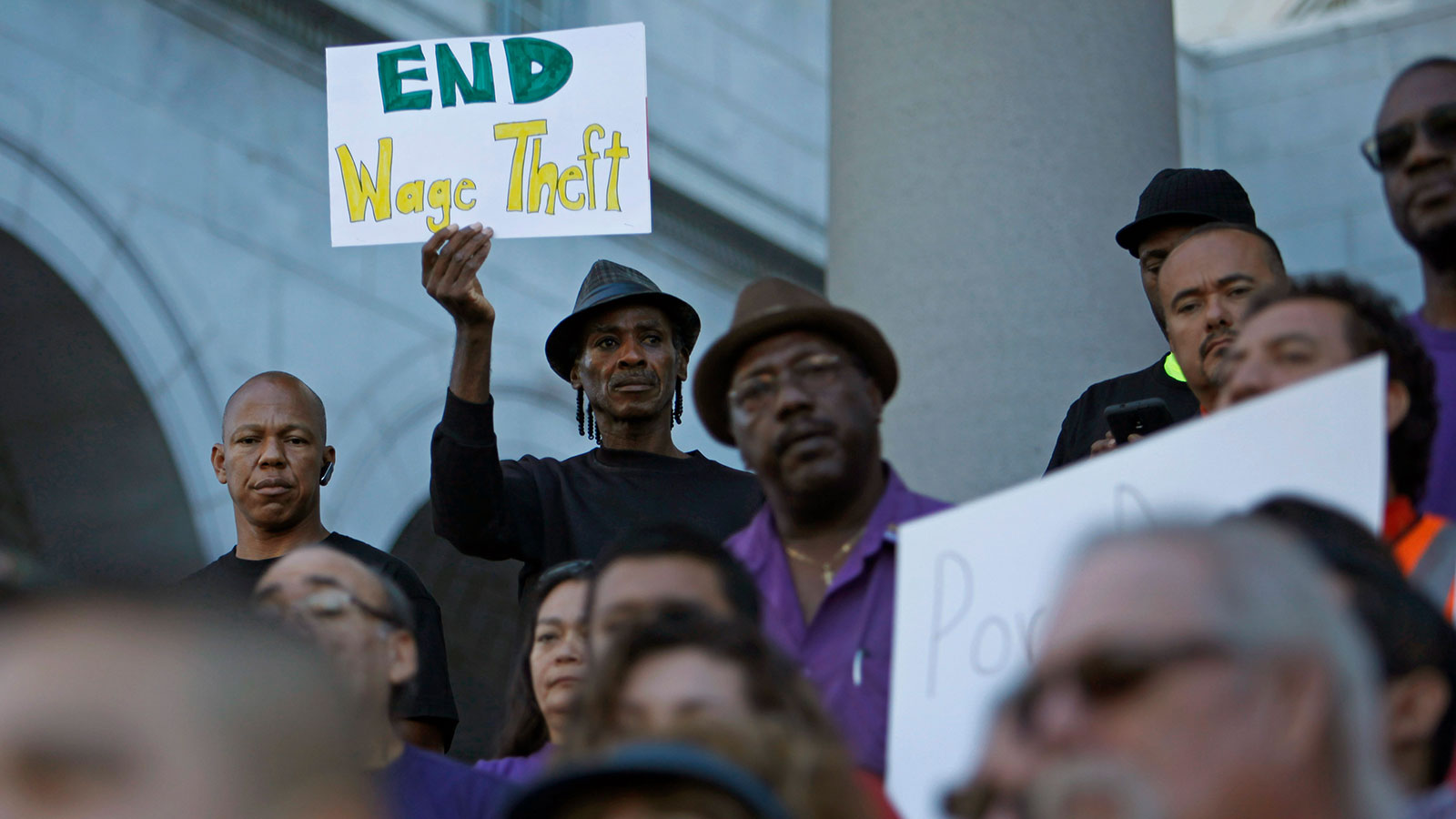 You Are Here: Home » Blog » Reparations » Slavery was the ultimate labor distortion – empowering workers today would be a form of reparations

Rebalancing labor relations so that workers are empowered would be an effective way to address racial wealth disparities and atone for the legacy of slavery, a scholar argues.

By Joerg Rieger, The Conversation —

The conversation about reparations for slavery entered a new stage earlier in 2021, with the U.S. House Judiciary Committee voting for the creation of a commission to address the matter.

The bill, H.R. 40, has been introduced every Congress since 1989 by Reps. Sheila Jackson Lee and John Conyers, until his death in 2019. But this year marks the first time that its request to study and develop reparation proposals for African Americans has cleared the committee stage.

Calls to redress the lasting impact of slavery and racial discrimination have been amplified recently following further evidence of the impact of systemic racism – both through the disproportionate effect of COVID-19 on the Black community and the deaths of George Floyd, Breonna Taylor and others at the hands of U.S. police.

To many, the question going forward is not so much whether or not reparations are in order, but what kinds of reparations might be appropriate.

Most of the conversation to date has focused on reparations in terms of payouts of some form. Prominent author Ta-Nehisi Coates, in a powerful argument for reparations, said payments must be made by white America to Black America – much as Germany started paying Israel in 1952 to compensate for the persecution of Jews by the Nazis.

As a scholar who has written on economic justice and the labor movement, I agree that reparations must have economic substance, because the impact of racism is inherently linked with power and money. But my research suggests another model for reparations: If one of the most significant aspects of slavery – even if not the only one – was a massive disruption of labor relations, then a crucial part in the reparations discussion could involve reshaping the labor relationship between employers and employees today.

I believe such a reshaping of the labor relationship would substantially benefit the descendants of enslaved people in the United States. Labor, as my research has argued, has implications for all aspects of life and labor reform would, I believe, address many of the problems of structural racism as well. In addition, reshaping the labor relationship would also have positive effects for all working people, including those who still experience enslavement today.

Labor relations can be considered “distorted” when one party profits disproportionally at the expense of another. In other words, it is a departure from a “fair day’s pay for a fair days’s work” – a concept that forms a bedrock demand of the labor movement, alongside good working conditions.

This is not just a matter of money but also of power. Under the conditions of slavery, the distortion of labor relations was nearly complete. Slave owners pocketed the profits and claimed absolute power, while slaves had to obey and risk life and limb for no compensation.

Black Americans continue to be disadvantaged in the labor market today. As CEO compensation soars, the number of Black CEOs remains remarkably low – there were just four Black CEOs at Fortune 500 companies as of March 2021. In general, the wage gap between Black and white employees has grown in recent years. Fueling these disparities, as well as building on them, is the structural racism that reparations could be designed to address.

Unionization can be a tool to rebalance labor relations and can diminish this racial gap, studies have shown. But union membership in general – and among Black workers in particular – has declined in recent decades. And a weaker labor movement is associated, studies show, with greater racial wage disparity.

Another tool to rebalance labor relations is worker-owned cooperatives, which have a long tradition in African American communities as economist Jessica Gordon Nembhard has noted. From early on, she points out, “African Americans realized that without economic justice – without economic equality, independence and stability … social and political rights were hollow, or actually not achievable.” Gordon Nembhard’s work also shows that such cooperatives were often fought and ultimately destroyed because they were so successful in empowering African American communities.

Some in the labor movement are beginning to link reparations with union rights. Labor lawyer Thomas Geoghegan has suggested that the proposed Protecting the Right to Organize Act, a bill before Congress that would strengthen workers’ rights and weaken anti-union right-to-work laws, should be viewed as “a practical form of Black reparations.” He argued in an article for The New Republic that wealth redistribution through union membership is “more permanent and lasting than a check written out as Black reparations, however much deserved, and far more likely to get a return over time.”

While there is considerable disagreement about the profits employers should be able to make from the labor of their employees, there is little disagreement about the wrongness of practices like outright wage theft – which today takes the form of employers not paying part or all promised wages or paying less than mandated minimum wage. Even those who rarely worry about employers making too much profit would for the most part likely agree that wage theft is wrong. Agreement on this matter takes us back to slavery, which might be considered the ultimate wage theft.

Addressing the ongoing legacy of slavery and systemic racism requires not only economic solutions but also improving labor relations and protecting workers against wage discrimination, disempowerment at work, and violations such as wage theft that disproportionately affect workers of color.

Reparations that fail to pay attention to improving labor relations may not achieve economic equality. The reparations paid to Israel by Germany, for instance, have not helped to achieve economic equality – the Israeli economy is still, alongside the U.S.‘s, among the most unequal in the developed world, with the richest 10% of each country’s population earning more than 15 times that of the poorest.

Simple monetary payouts are not, I believe, sufficient to solve the problem of racial inequality. Wage theft can again serve as the example here. While repaying stolen wages – as New York state did in 2018 by returning $35 million to workers – is commendable, repaying stolen wages does not in itself change the skewed relationships between employer and employee that enable wage theft in the first place. Greater empowerment of working people is needed to do that.

Benefiting others as well

So while redistributing money can be part of the solution, it may not go far enough.

Tying reparations to the improvement of labor relations – which can happen through the empowerment of working people or the promotion of worker-owned cooperatives – would not only help those most affected by wealth and employment gaps, Black Americans, it would also benefit others who have traditionally been discriminated against in employment, such as women, immigrants and many other working people.

Improving labor relations would address systemic racial discrimination where it is often most destructive and painful: at work, where people spend the bulk of their waking hours, and where the economic well-being of families and by extension entire communities can be decided.