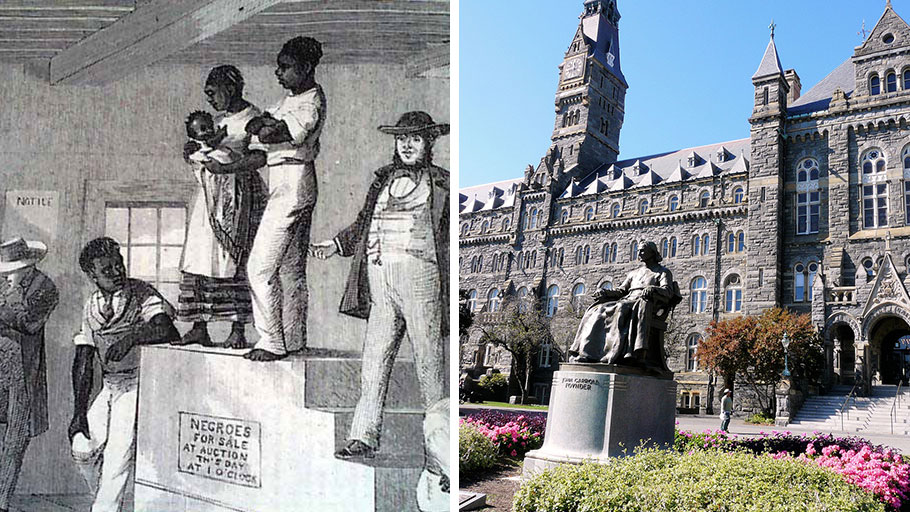 By Legacy of the GU272 Alliance Legal Team —

Father Timothy Kesicki, president of the Jesuit Conference of Canada and the United States, said of the sale of the 272 enslaved people, “We have greatly sinned… we are profoundly sorry.” Similarly, Georgetown President John J. DeGioia said, “Slavery [was an] evil that our university was complicit in… We lay this truth bare — in sorrowful apology and communal reckoning.”

We appreciate these apologies and the steps you have taken thus far to address this shameful past. Now we ask you to take more collective and immediate action. We strongly urge you to develop — in concert with the descendants of the GU272 — a reparatory justice package that honors the lives of those sold and provides the descendants with agreed upon forms of amends that have multi-generational significance.

Why is this important?

Georgetown University almost went bankrupt in 1838. Why didn’t it? Because the Jesuits sold 272 enslaved Africans (the GU272) to benefit Georgetown. Without this sale, Georgetown would not have become the robust and academically strong university it is today.

The Jesuits and Georgetown tore those men, women and children from the land that, although enslaved, they had called home and literally sent them “down the river” to Louisiana — one of the cruelest places for enslaved people in the United States.

Many of the GU272’s descendants remain in Louisiana, some impoverished and in various states of ill-health, while others live throughout the country. Upon learning their ancestors’ fate, some descendants are asking Georgetown and the Jesuits to “do the right thing” and provide them with reparatory justice.

The Jesuits and Georgetown have a historic opportunity to demonstrate how engagement with the descendants can lead to true racial healing – a healing that takes place among equals – rather than the racial subordination that led to the enslavement of the GU272 and other African peoples.

Click here to visit page created by the Legacy of the GU272 Alliance Legal Team to sign the petition.