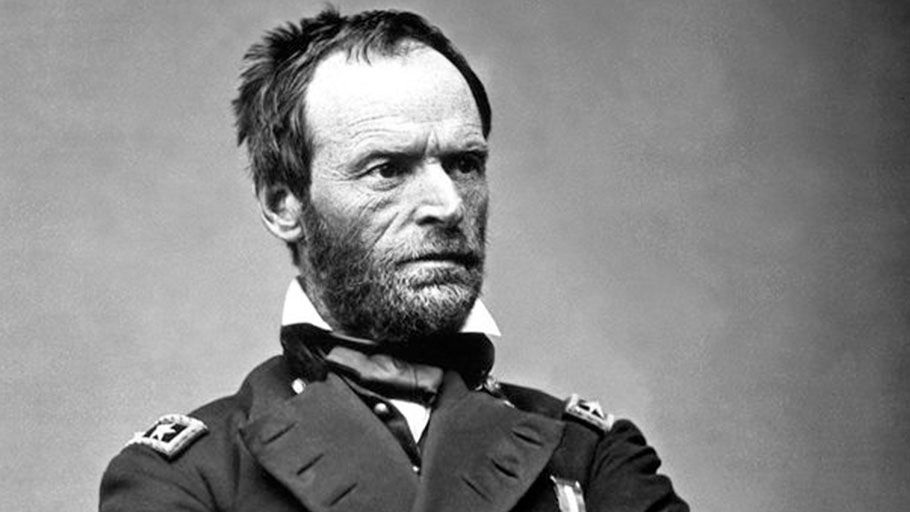 The Truth Behind ’40 Acres and a Mule’

You Are Here: Home » Blog » Reparations » The Truth Behind ’40 Acres and a Mule’

General William Tecumseh Sherman in May 1865. Portrait by Mathew Brady.

We’ve all heard the story of the “40 acres and a mule” promise to former slaves. It’s a staple of black history lessons, and it’s the name of Spike Lee’s film company. The promise was the first systematic attempt to provide a form of reparations to newly freed slaves, and it was astonishingly radical for its time, proto-socialist in its implications. In fact, such a policy would be radical in any country today: the federal government’s massive confiscation of private property — some 400,000 acres — formerly owned by Confederate land owners, and its methodical redistribution to former black slaves. What most of us haven’t heard is that the idea really was generated by black leaders themselves.

It is difficult to stress adequately how revolutionary this idea was: As the historian, Eric Foner puts it in his book, Reconstruction: America’s Unfinished Revolution, 1863-1877, “Here in coastal South Carolina and Georgia, the prospect beckoned of a transformation of Southern society more radical even than the end of slavery.” Try to imagine how profoundly different the history of race relations in the United States would have been had this policy been implemented and enforced; had the former slaves actually had access to the ownership of land, of property; if they had had a chance to be self-sufficient economically, to build, accrue and pass on wealth. After all, one of the principal promises of America was the possibility of average people being able to own land, and all that such ownership entailed. As we know all too well, this promise was not to be realized for the overwhelming majority of the nation’s former slaves, who numbered about 3.9 million.

What Exactly Was Promised?

We have been taught in school that the source of the policy of “40 acres and a mule” was Union General William T. Sherman’s Special Field Order No. 15, issued on Jan. 16, 1865. (That account is half-right: Sherman prescribed the 40 acres in that Order, but not the mule. The mule would come later.) But what many accounts leave out is that this idea for massive land redistribution actually was the result of a discussion that Sherman and Secretary of War Edwin M. Stanton held four days before Sherman issued the Order, with 20 leaders of the black community in Savannah, Ga., where Sherman was headquartered following his famous March to the Sea. The meeting was unprecedented in American history.

Today, we commonly use the phrase “40 acres and a mule,” but few of us have read the Order itself. Three of its parts are relevant here. Section one bears repeating in full: “The islands from Charleston, south, the abandoned rice fields along the rivers for thirty miles back from the sea, and the country bordering the St. Johns River, Florida, are reserved and set apart for the settlement of the negroes [sic] now made free by the acts of war and the proclamation of the President of the United States.”

Section two specifies that these new communities, moreover, would be governed entirely by black people themselves: ” … on the islands, and in the settlements hereafter to be established, no white person whatever, unless military officers and soldiers detailed for duty, will be permitted to reside; and the sole and exclusive management of affairs will be left to the freed people themselves … By the laws of war, and orders of the President of the United States, the negro [sic] is free and must be dealt with as such.”

Finally, section three specifies the allocation of land: ” … each family shall have a plot of not more than (40) acres of tillable ground, and when it borders on some water channel, with not more than 800 feet waterfront, in the possession of which land the military authorities will afford them protection, until such time as they can protect themselves, or until Congress shall regulate their title.”

With this Order, 400,000 acres of land — “a strip of coastline stretching from Charleston, South Carolina, to the St. John’s River in Florida, including Georgia’s Sea Islands and the mainland thirty miles in from the coast,” as Barton Myers reports — would be redistributed to the newly freed slaves. The extent of this Order and its larger implications are mind-boggling, actually.

Who Came Up With the Idea?

Here’s how this radical proposal — which must have completely blown the minds of the rebel Confederates — actually came about. The abolitionists Charles Sumner and Thaddeus Stevens and other Radical Republicans had been actively advocating land redistribution “to break the back of Southern slaveholders’ power,” as Myers observed. But Sherman’s plan only took shape after the meeting that he and Stanton held with those black ministers, at 8:00 p.m., Jan. 12, on the second floor of Charles Green’s mansion on Savannah’s Macon Street. In its broadest strokes, “40 acres and a mule” was their idea.

Stanton, aware of the great historical significance of the meeting, presented Henry Ward Beecher (Harriet Beecher Stowe’s famous brother) a verbatim transcript of the discussion, which Beecher read to his congregation at New York’s Plymouth Church and which the New York Daily Tribune printed in full in its Feb. 13, 1865, edition. Stanton told Beecher that “for the first time in the history of this nation, the representatives of the government had gone to these poor debased people to ask them what they wanted for themselves.” Stanton had suggested to Sherman that they gather “the leaders of the local Negro community” and ask them something no one else had apparently thought to ask: “What do you want for your own people” following the war? And what they wanted astonishes us even today.

Who were these 20 thoughtful leaders who exhibited such foresight? They were all ministers, mostly Baptist and Methodist. Most curious of all to me is that 11 of the 20 had been born free in slave states, of which 10 had lived as free men in the Confederacy during the course of the Civil War. (The other one, a man named James Lynch, was born free in Maryland, a slave state, and had only moved to the South two years before.) The other nine ministers had been slaves in the South who became “contraband,” and hence free, only because of the Emancipation Proclamation, when Union forces liberated them.

Their chosen leader and spokesman was a Baptist minister named Garrison Frazier, aged 67, who had been born in Granville, N.C., and was a slave until 1857, “when he purchased freedom for himself and wife for $1000 in gold and silver,” as the New York Daily Tribune reported. Rev. Frazier had been “in the ministry for thirty-five years,” and it was he who bore the responsibility of answering the 12 questions that Sherman and Stanton put to the group. The stakes for the future of the Negro people were high.

And Frazier and his brothers did not disappoint. What did they tell Sherman and Stanton that the Negro most wanted? Land! “The way we can best take care of ourselves,” Rev. Frazier began his answer to the crucial third question, “is to have land, and turn it and till it by our own labor … and we can soon maintain ourselves and have something to spare … We want to be placed on land until we are able to buy it and make it our own.” And when asked next where the freed slaves “would rather live — whether scattered among the whites or in colonies by themselves,” without missing a beat, Brother Frazier (as the transcript calls him) replied that “I would prefer to live by ourselves, for there is a prejudice against us in the South that will take years to get over … ” When polled individually around the table, all but one — James Lynch, 26, the man who had moved south from Baltimore — said that they agreed with Frazier. Four days later, Sherman issued Special Field Order No. 15, after President Lincoln approved it.

What Became of the Land That Was Promised?

The response to the Order was immediate. When the transcript of the meeting was reprinted in the black publication Christian Recorder, an editorial note intoned that “From this it will be seen that the colored people down South are not so dumb as many suppose them to be,” reflecting North-South, slave-free black class tensions that continued well into the modern civil rights movement. The effect throughout the South was electric: As Eric Foner explains, “the freedmen hastened to take advantage of the Order.” Baptist minister Ulysses L. Houston, one of the groups that had met with Sherman, led 1,000 blacks to Skidaway Island, Ga., where they established a self-governing community with Houston as the “black governor.” And by June, “40,000 freedmen had been settled on 400,000 acres of ‘Sherman Land.’ ” By the way, Sherman later ordered that the army could lend the new settlers mules; hence the phrase, “40 acres and a mule.”

And what happened to this astonishingly visionary program, which would have fundamentally altered the course of American race relations? Andrew Johnson, Lincoln’s successor and a sympathizer with the South, overturned the Order in the fall of 1865, and, as Barton Myers sadly concludes, “returned the land along the South Carolina, Georgia and Florida coasts to the planters who had originally owned it” — to the very people who had declared war on the United States of America.

This article was originally published by The Root