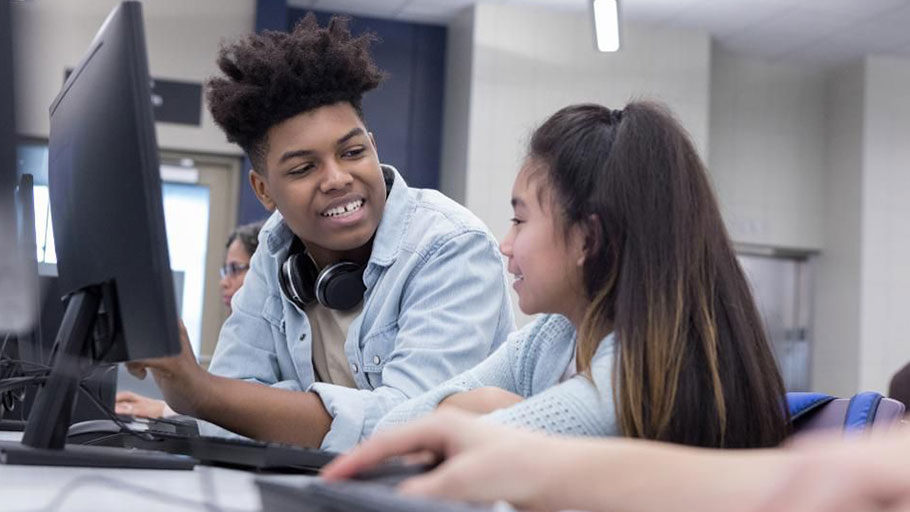 We Need To Discuss The Racial Wealth Gap And Reparations

You Are Here: Home » Blog » Reparations » We Need To Discuss The Racial Wealth Gap And Reparations

This article was originally published in Forbes on June 19, 2019.

June 19th marks the anniversary of the abolition of slavery in Texas and a reminder that African-Americans should have the same rights and opportunities as whites. But the large racial wealth gap between African-Americans and whites is the starkest reminder that the country has yet to create equal opportunity for all. It reflects hundreds of years of systematic mistreatment of Blacks, often enacted and sanctioned by public policy. From slavery to current-day labor, housing and credit market discrimination, African-Americans have encountered massive obstacles to accumulating the same amount of wealth as whites. In an economy that relies so heavily on market activities as the U.S. one, families need wealth to protect themselves against income fluctuations, for instance, in the case of unemployment, unforeseen illnesses and other emergencies. Families also need wealth to buy a house, to start a business, to help their children pay for college and to secure their own retirement, among other key investments. African-Americans then have a lot fewer opportunities to both protect themselves in an emergency and to invest in their own future, including a secure retirement, their families and their communities than whites do.

But how to really create equal opportunities for all Americans? Answering this question requires acknowledging that the racial wealth gap is very large and has persisted for decades, but also that it stems from centuries of horrific abuses, violence and discrimination. Eliminating the racial wealth gap then requires large-scale policy interventions that help African-Americans in particular to build wealth. And yes, slavery is an integral part of the country’s exploitative, violent and discriminatory past in treating African-American citizens. Righting this particular wrong necessarily will lead policymakers to discuss the value and size of reparations . Cobbling together a number of policy interventions, even if each one is substantial and can quickly deliver more wealth for African-Americans, will likely not be enough on their own.

Nor should the size of the racial wealth gap alone determine the need and size of reparations. There has to be a reckoning with the country’s past. To be clear, the racial wealth gap represents the cumulative effect of hundreds of years of exploitation, oppression and discrimination that targeted policies need to address. Reparations are a redress for one particular historical wrong – slavery. 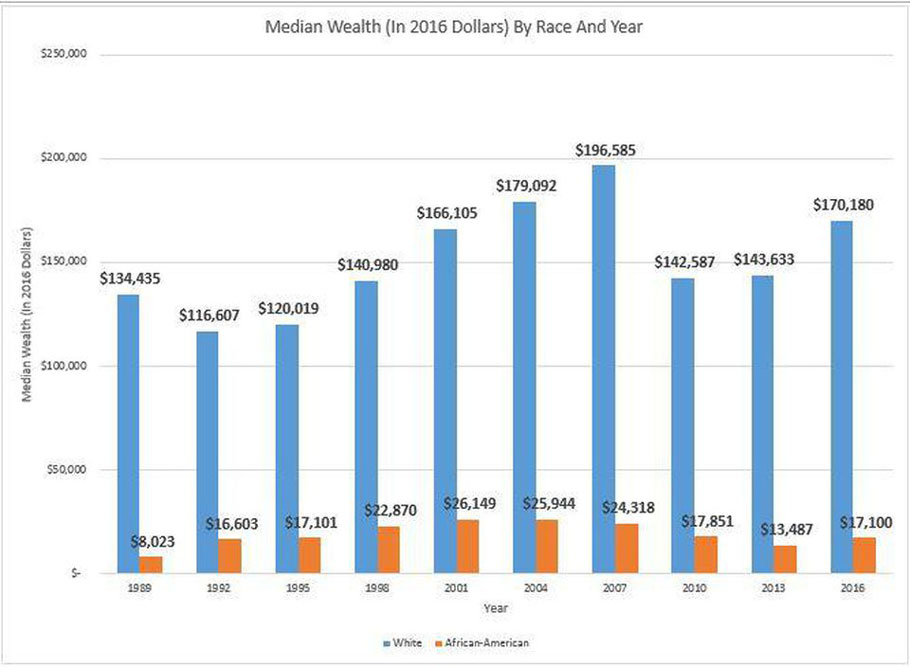 The Racial Wealth Gap Is Large And Has Widened Since The Great Recession. Calculations Based on Federal Reserve’s Survey of Consumer Finances.

And there is no easy fix such as making sure that African-Americans have equal access to education as whites do. Much of the wealth gap remains when considering education. The median African-American household with a college degree had $68,200 in wealth in 2016. Whites with a college degree had almost six times that much wealth — $398,170 – that year (see Figure below). A college education shrinks the racial wealth gap somewhat from its abysmally high level, but it is not enough. 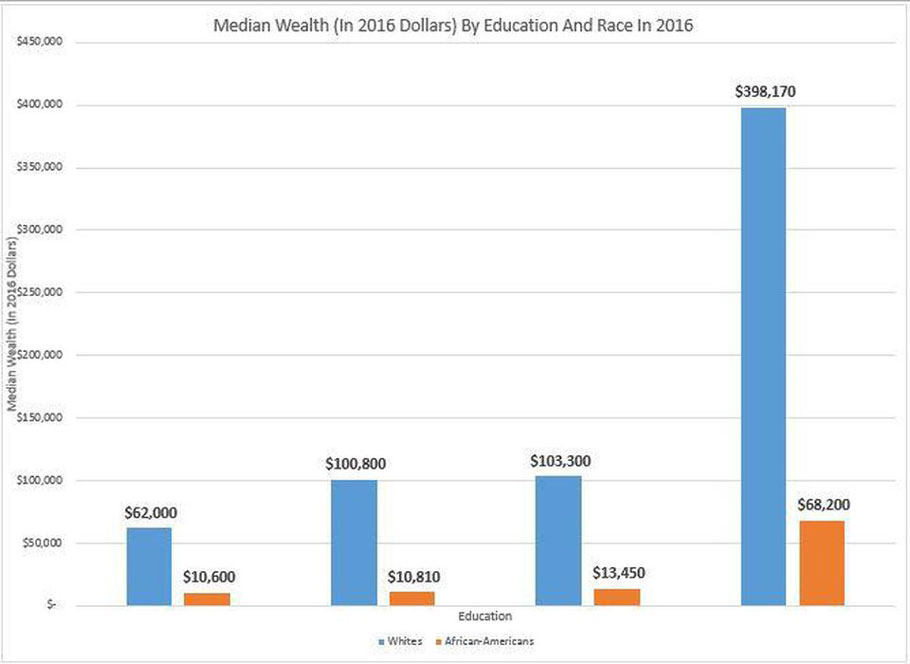 These nationally representative data, though, do not account for local conditions. Studies that collect data locally and thus consider factors such as the legacy of redlining in mortgage lending, whereby African-Americans were denied mortgages, typically find that college educated African-Americans have less wealth than even high school dropout whites.

The persistent racial wealth gap by education suggests that there are no easy fixes to closing the racial wealth gap. It will require a combination of substantial and sustained policies to get there. Such policies could include affordable college, higher minimum wages, making it easier for people to join a union, equal availability of affordable loans, ending housing discrimination and easier access to key benefits such as health insurance and health care. It could also mean large policy interventions such as a federal jobs guarantee and baby bonds.

But these policies address the symptoms, not all of the causes of the racial wealth gap. They fail to outright address the historical root of the problem – centuries of publicly enacted and sanctioned oppression of African-Americans and, most importantly, the historical horror of slavery. Addressing the historical taking of Africans, their lives and their families will require reparations in some form. The current political climate has opened the door to have a serious conversation on the need for and details of reparations. The House Committee on the Constitution, Civil Rights and Civil Liberties will hold a hearing on reparations on June 19. This hearing will hopefully grow the momentum for a broader public conversation on how to reckon with the country’s shameful treatment of many of its citizens.