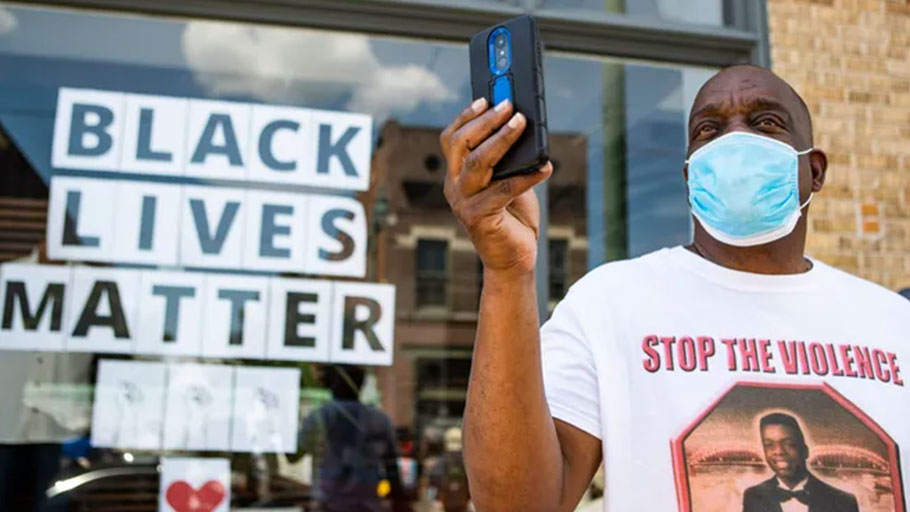 What does Memphis do next? Church leaders call for nationwide slave reparations

You Are Here: Home » Blog » Reparations » What does Memphis do next? Church leaders call for nationwide slave reparations

Reginald Johnson participates in the Memphis Justice & Equality Prayer Walk from the National Civil Rights Museum on Saturday, June 13, 2020, in Memphis, Tenn. This event is one of several that have taken place across the Memphis area in reaction to the killing of George Floyd in Minneapolis.
Ariel Cobbert/The Commercial Appeal

Whether a better life follows from these weeks of street protests depends on what happens next. White and Black Memphis — and for that matter, all of America — faces the question: What do we do now?

On a hot June afternoon in Memphis, Eddie Jones stepped along the sidewalk and into the ranks of some 200 people standing outside the historic Lorraine Motel.

Jones, formerly a Memphis Police Department officer and presently a Shelby County commissioner, was 9 years old the day Martin Luther King Jr. was assassinated in 1968 at the Lorraine.

On this day, Jones would join a long march organized by a bevy of Memphis ministers in echo of King’s plea for civil rights.

“No justice, no peace,” the group chanted as it strode along South Main Street for 35 minutes to Memphis City Hall. 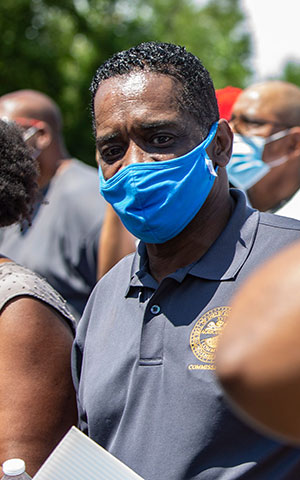 “We just sort of put a lid on it and left the pot steaming,” said Jones, referring to social unrest lingering after the civil rights leader’s death. “The economy went up, but wages went down.”

Like demonstrations in other cities that sprang as calls to end police brutality against Black people, street protests in Memphis have taken on a second purpose. Better policing is one goal. So is a better life for many of the country’s 44 million Black citizens, including 100,000 impoverished families in Greater Memphis.

Whether a better life follows from these weeks of protests depends on what happens next. White and Black Memphis — and for that matter, all of America — faces the question: What do we do now?

Since the June 13 ministers march, I’ve asked several African American civic and church leaders in the city that question. Invariably, they bring up income equality and particularly slave reparations.

“I think racial reconciliation is economic much more so than it is symbolic,” said the Rev. Kenneth Whalum Jr. of the New Olivet Worship Center at Woodland Hills in Memphis’ Cordova district. “What America has to do is move toward reparations.” 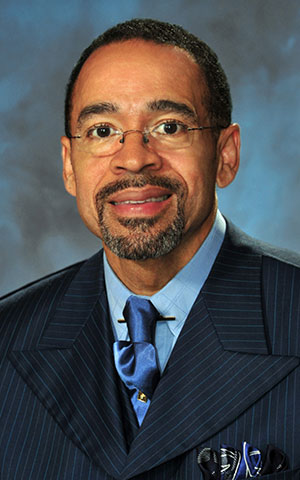 Whalum didn’t march that day, preferring to avoid crowds amid the coronavirus pandemic, though the theologian said he stayed in touch with other ministers and members of his far-flung congregation.

“I fully support the protests,” he said.

Northerners and Southerners view the idea of reparations from different historical perspectives. Northerners in towns with 150-year-old Civil War soldier statues believe Union victory ended slavery. Freedom for African Americans at the expense of hundreds of thousands of soldiers’ lives, I say, looks to many people as the supreme form of reparation.

People left the farm counties for the cities. Factories like Harvester’s opened, though overall, too few city jobs appeared. Poverty levels surged in Memphis and other Southern cities and never have fallen back. In most years, Memphis’ poverty rate surpasses all U.S. cities or nearly does.

Paying out slave reparations from the U.S. Treasury would provide Memphis a transformative economic lift, but reparations would need Congress’ support. Enough votes could be hard to get. Few Northern cities experienced the Memphis-style tide of poverty.

Indeed, 1 in 4 African Americans over 25 has a four-year college degree today, compared with fewer than 1 in 10 in King’s era. Black and white, many educated Southerners moved North, East or West for opportunity. Why would white citizens in those regions support reparations seemingly that benefit the hard-luck places like Memphis?

“Even if they can’t see what people in the South see, they can see what is happening around the world,” Whalum said. “They can see people in Ghana and the United Kingdom and in Germany are in the streets protesting and holding up the signs that say ‘Black Lives Matter.’ ”

The thing about white income

To set aside reparations for a moment, one point worth noting is the geography involving Whalum’s church.

The Buntyn district bordering the Orange Mound area was long home for 1,500-member New Olivet. In 2016, the church sold its property to the expanding Memphis Country Club and moved to Cordova. Black household income in Cordova tops $54,000 on average, compared with Orange Mound’s $22,000 and $36,000 across Greater Memphis.

While middle-class families of all races live in Cordova, white households generally make more money — over $71,000 on average, the U.S. Census shows. This racial income divide isn’t peculiar to Cordova. It persists in communities throughout the nation, a point that has begun to shape perceptions.

More than 250 million white people and 44 million Black people live in the United States. For decades it was said neither race really understood the other. Signs of change are appearing. In a 2017 survey, 52% of white Americans agreed racism is a “big problem,” up from 22% in 2009, the Pew Research Center reported.

Although I’d say that 52% doesn’t mean the country as a whole is quite ready to tackle slave reparations, Whalum said the street protests finally “have opened the door” for the discussion about income inequality.

“I’m with Elvis,” Whalum said, citing lyrics sung by the late Memphis musician. “I’m for a little less conversation and a lot more action. I think the protests are telling us we’ve had enough conversation. There has to be a financial renumeration component. If you had worked for someone without pay for 244 years, you would demand and expect payment. It is really that simple.”

“If those people went that berserk in Minneapolis, what do you think the kind of powder keg is we’re sitting on in Memphis?’’

This is Mark Yates talking. 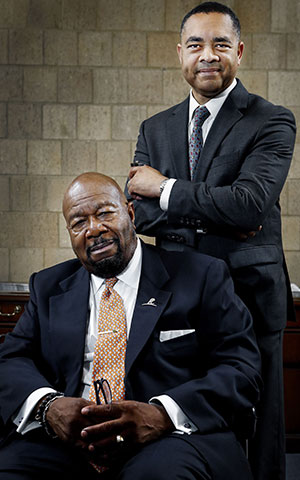 “It’s the economic atrocities that are perpetuating everything we see today,” Yates said, referring to the street protests in U.S. cities.

Yates avoided the June 13 march, he said, preferring prayer and contemplation. One of the first young Black executives recruited three decades ago by the old Memphis securities firm Morgan Keegan, Yates has been lauded for his stable influence in the city. He’s mentored high school students, taught finance at LeMoyne-Owen College and presently serves in a leadership position at True Fellowship Ministry.

“You have this entitlement mentality for white people that it’s just going to be OK. Just keep Black people stuffed into the place over where they are,” Yates said. “People are tired of this attitude.”

If President Donald Trump’s 2016 election was decided by a populist impulse voiced by discontented people pining for lost industrial jobs in Michigan, Ohio, Pennsylvania and Wisconsin, what Yates is describing is a similar populist impulse. Only this one has surged out of discontented African American neighborhoods and gathered cross-racial support. More than a third of the participants in the June 13 ministers march appeared white.

What is telling is no clear-cut leadership cadre has emerged to find common ground and pull the populist camps together, either in Memphis or America. Since King, no consummate civil rights leader has set out a unifying vision for the country. In recent weeks, instant communication provided by social media has served as a coordinating tool, although that’s not the same as articulating a vision.

In the absence of a clear leader, church leaders are counting on the sheer number of the discontented to motivate and guide elected leaders.

“Every branch of government — local, state and federal — needs to take a look at where we are,” said Bishop Linwood Dillard of Citadel of Deliverance Church, a 1,000-member congregation on the city’s southeast side. “The citizens of Memphis should be engaged in a conversation with the elected leadership.” 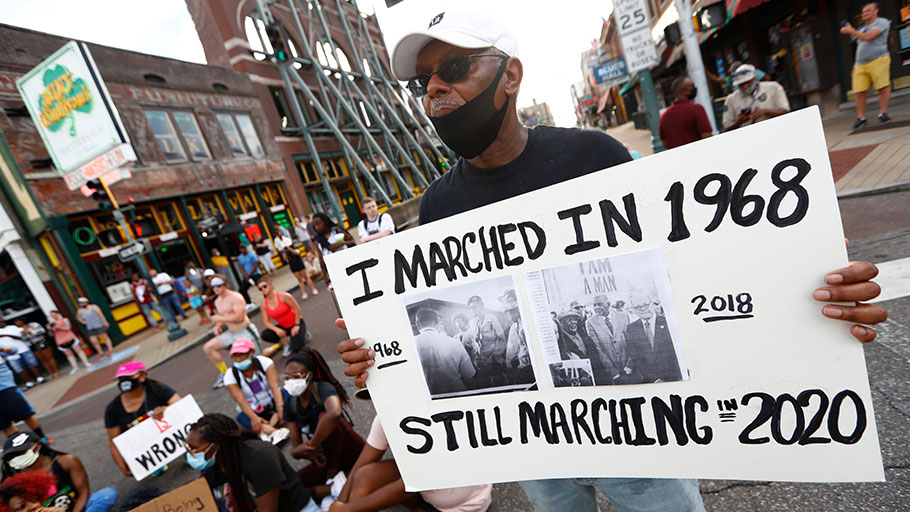 Joe Calhoun holds a sign as demonstrators march in Memphis, Tenn., on Sunday, June 7, 2020, as part of the 12th day of protests following the death of George Floyd, an unarmed black man killed by Police in Minneapolis on Memorial Day. Joe Rondone / The Commercial Appeal

‘Ready to sit down and talk’

It is one thing to press for police reforms or $15 wages at home. It is quite another to make the case for income equality and reparations nationwide.

“There is absolutely a way to do that,” Yates said, noting it has to begin with all Americans understanding African Americans were relegated to a second-class economic role after the 13th Amendment banned slavery in 1865.

I point out most white citizens favored President Lyndon Johnson’s Great Society initiative. They considered it a way to finally lift up African Americans. Launched in the mid-1960s as the War on Poverty, the initiative has steadily delivered federal aid ever since.

Food stamps, aid to dependent children, Section 8 housing vouchers and similar Great Society-inspired programs have cost two generations of federal taxpayers more than $15 trillion. In 2018, these programs handed $8.1 billion to residents of Memphis and Shelby County, compared with $165 million in 1969.

What was the purpose of amassing all this aid, I asked Yates, if not to mitigate the failure of American leadership since the end of the Civil War, and finally provide equal footing for Black people? Yates says the Great Society initiative, for all its ambition, fell short. Had it succeeded, people would not be lining the streets in ministers marches calling for a better way of life.

“Every time we come to the table Black people have come up on the short end of the stick,” Yates said. “It is not the Black people who are the problem. Black people love white people. Let me start right there. We are ready to sit down and talk.”

This article was originally published by Commercial Appeal