“Wilmington on Fire” panelists discuss white supremacy, reparations, and why your vote matters

You Are Here: Home » Blog » Reparations » “Wilmington on Fire” panelists discuss white supremacy, reparations, and why your vote matters 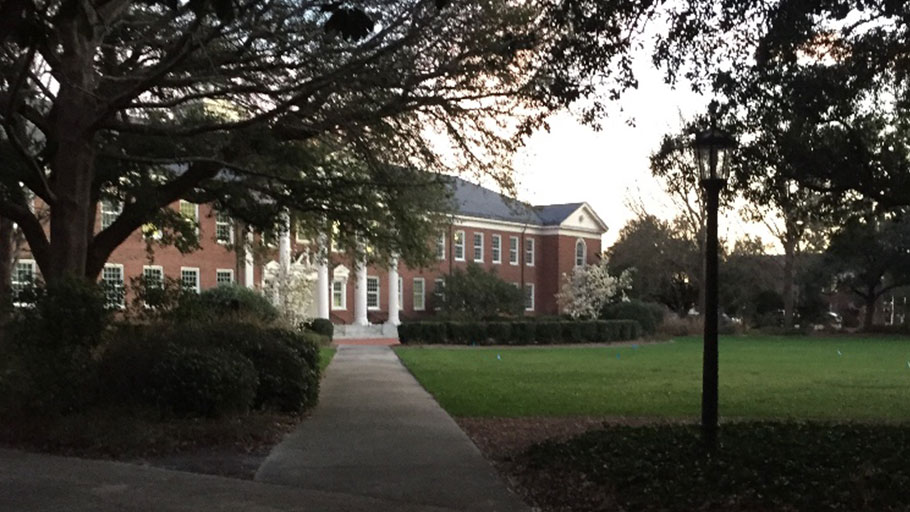 The conversation spans the width of various touchy topics—the 1898 Coup’s lingering debt, the “trend” of the Black Lives Matter movement, the responsibility of white people—and each panelist offers their thoughtful responses, bolstered by their years of research and experience.

On the evening of September 15, a virtual crowd gathered around monitors or cell phones to listen to a group of activists answer questions inspired by the documentary “Wilmington on Fire, ”which premiered at UNCW on September 11.

The conversation spans the width of various touchy topics—the 1898 Coup’s lingering debt, the “trend” of the Black Lives Matter movement, the responsibility of white people—and each panelist offers their thoughtful responses, bolstered by their years of research and experience.

“White supremacy can be defined as a political, economic, social system where white people are overwhelmingly the ones that are in power and have access to the resources and control the resources.,” said Shumate in response to a question about defining white supremacy. “Also, it can be conscious and unconscious and I think that’s something people need to remember because, in this conversation of white supremacy, people will be like “Oh I didn’t know” and that doesn’t matter.”

White supremacy’s tangible presence in America, and the subsequent reinforcement of white privilege, keeps persons of color disadvantaged. In Wilmington specifically, the road to desegregation was a difficult one and today only a little more than 5% of the undergraduate students at UNCW are Black.

In response to a question about generational poverty and why vulnerable populations seem to stay vulnerable across generations, Todd delved into the effects of the Massacre of 1898—focusing specifically on the story of Thomas C. Miller.

“Thomas Miller was one of the wealthiest men in the city of Wilmington. He was a pawnbroker, he was a realtor and he made loans to both black and white. Many whites didn’t like that of course,” Todd said.

She described how, after the Massacre of 1898, Miller was incarcerated and told to leave town.

Cook, who has dedicated her life to checking her white privilege and fighting racism, has also begun a petition for the state to give reparations to the victims of the Massacre of 1898.

In the petition’s mission statement, Cook describes the plight of Black people in a world dominated by white supremacists. She writes:

Chris Everett described the widespread propaganda about Black lives–including media depictions of crime rates in the Black community— and expressed how this led him to begin making the film “Wilmington on Fire.”

“I think that’s the responsibility of folks like myself to really step up to the plate, to really try to counter it as much as we can. Yeah, the propaganda does exist but its still up to folks like myself—you know, people like Lettie, Ms. Todd and others–whether we’re writing books, whether we’re doing films, whatever, to really keep pushing it out there, the real narrative and the real story of our people, history and culture.”

Everett is in the process of filming the sequel to “Wilmington on Fire” which focuses on the discussion of reparations for the descendants of the Massacre and is forecasted to come out in November 2021.

The panelists stressed the importance of voting and active government participation as a lifestyle, not a trend.

“Change always happens because of people like us,” Shumate said towards the end of the meeting. “Because people decided they were going to be courageous and to keep having hope in the face of adversity and violence and fear.”

You can access a link to the recorded conversation here.

Source: The Seahawk, The news site of UNC Wilmington
Photo by Cierra Noffke

The U.S.’s global standing plummets, while Americans yearn for a restoration

The U.S.’s global standing plummets, while Americans yearn for a restoration
We Need Your Support — Donate, Share, Sign-Up Ways to Support