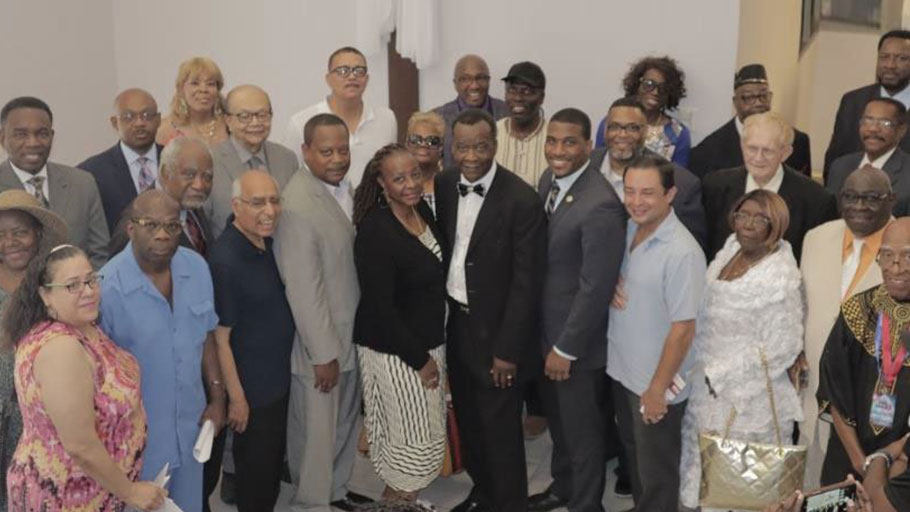 By the Chicago Crusader —

On the eve of one of the biggest Democratic national debates and on the heels of President Donald Trump’s recent racist-packed remarks, Dr. Willie Wilson introduced a Reparations Bill for African Americans while flanked by a number of high-profile Chicago, Cook County and Illinois lawmakers.

Wilson made the presentation on the 100th anniversary of the deadliest race riots in Chicago’s history known as Red Summer.

Reparations to descendants of slaves is long overdue and Wilson is calling the debt due RIGHT NOW. Reparations should come now in the form of actionable solutions and opportunities for African Americans in economics, education, health, housing and employment.

As is his trailblazing way, Wilson put his money where his mouth is and generated the Reparations Ordinance for Descendants of Slavery Bill for the service and betterment of the community – starting in Chicago, to lead the way on this national issue.

Wilson plans a series of Community Townhall meetings on his proposal.

The first was Wednesday, July 31, at the Chicago Baptist Institute, 5120 South King Dr. The second will be Tuesday, August 6, at 6 p.m. at the West Austin Development Center, 4920 W. Madison.

Others in various parts of the city will be announced as they are scheduled.

According to Scott Winslow, Wilson and the supporting lawmakers are available for interviews and media appearances. Contact Winslow at (312) 972-3929.