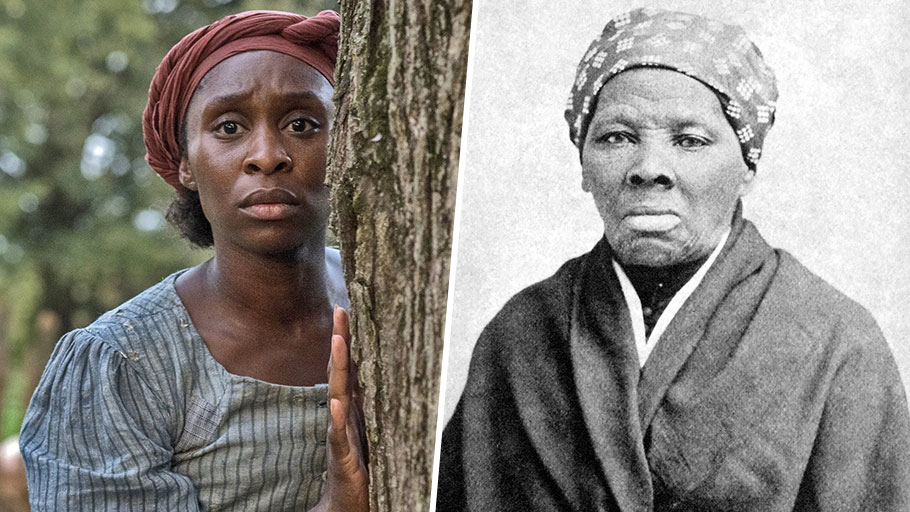 By Dr. Maulana KarengaNovember 25, 2019No Comments

The conversations and controversy surrounding the movie “Harriet” of Hollywood seems, at first sight, to be simply about Harriet Tubman, the liberator, the Harriet Tubman of history. But in a larger sense, it is about Black people, about: how we see ourselves; how we see our heroes and heroines; how we understand and honor our history, especially the history of the Holocaust of our enslavement; how we think and feel about male/female relations; and how we relate and respond to our oppression and our oppressor. And it’s about our willingness and ability to rightfully uplift Harriet Tubman, the Liberator, and unmask Harriet of Hollywood, the imposter, regardless of the seductive propaganda by the illusion-making, myth and money-producing enterprise we call Hollywood.

Moreover, before we take our respective positions on the messages and meaning of the movie, it is vital that we identify the context in which the movie emerges and in which we conduct our conversations. For movies, like the ideas and messages they produce, promote and perpetuate, don’t drop from the sky, grow from the ground or float in from the sea. They are conceived, made and marketed in a given society and social context. And in every society, the ruling ideas are the ideas of those who rule, the ruling class, the ruling race or the ruling race/class. Thus, the ideas of good and right, us and them and what counts as a good movie and an acceptable cinematic rendition of Black history are in no small portion determined and often dictated by those who rule. And it is thus up to us to either accept such impositions or reject and resist them.

We know that our lives and history cannot be correctly conceived and rightly conveyed by a racist White supremacist society and its media and in this case, its movies. And even when Blacks write the script, direct and produce a movie, it does not automatically mean they will want or be able to avoid duplicating and even defending the artistically impoverished, historically inaccurate and cinematically deformed and deficient images and narratives of Black people which Hollywood is known for. Indeed, in the context of a racist and consumerist culture, there is a history of and penchant for portraying Black people in the most derogatory and degrading ways, and using our humiliation and suffering as a central source of White entertainment.

And it is passed off as market wisdom, that Black people don’t want and won’t attend movies which honor and dignify them and that are serious, historically grounded and accurate. Even if we became blurry-eyed for a moment of movie color, costumes and scenes, let’s be clear-eyed and open-minded enough to concede that there is little about Harriet Tubman of history in the movie, Harriet of Hollywood, except the first name. The Hollywood character lacks the seriousness and powerful presence that a liberator and leader like Harriet Tubman had. She is constantly looking either confused or apprehensive, without the courage or confidence so overwhelmingly evidenced in Harriet Tubman.

Also, the movie lacks artistic achievement, narrative continuity and historical depth and is little more than a collage of random actions, images and events which bear little or no reality to Black history or Harriet Tubman. In this impoverished cinematic collage of selfies in the latest color, Harriet, the liberator is hustled and hidden, lifted out of her own history and made a distorted footnote and foil for Hollywood’s imposter. Indeed, she must be disguised, diminished and disabled so that the impostor can appear and be accepted as real.

Thus, the movie is not really about Harriet the liberator of history, but Harriet of Hollywood, that is to say, how the American mind conceives her. It does not matter that a Black woman or a Black man writes such movies, the critical question is “from what perspective and in whose image and interests”? Indeed, given the compelling force of White culture, we say we are American by habit and African by choice. In a word, we have to choose to be ourselves and free ourselves from the system and ideas imposed on us. Otherwise, we become and be, as Molefi Asante notes, simply darker versions of Europe. Or as Frantz Fanon notes, “obscene caricatures” of Europe and Europeans. In this Harriet of Hollywood version, the character is not depicted as Harriet Tubman, planning, strategizing at every turn, but fainting repeatedly, finding in her illness and visions answers she had already worked out in her reasoning. And the character is posturing behind trees and posing with guns, and seeing and saying things not representative of the reality Harriet Tubman lived and reshaped.

When we view the movie, Harriet, we must know that we are not simply viewing it in the movie house, but also in the midst of a society and system that was and remains oppressive of us and is constantly waging a war of propaganda negative to our image and interests. And in such oppressive and hostile conditions, as Paul Robeson told the writers, artists and others located in similar classes and seemingly safe and secure situations, “the battlefront is everywhere, there is no sheltered rear.” This also means that as Malcolm taught, “Wherever Black people are is a battleline,” in the whole country and in all its spaces of wealth, power, status, knowledge, etc.

The “image makers”, as Min. Malcolm called them, attempted to do to Harriet Tubman on screen what they could not do to her in life—discredit, belittle, break, capture and kill her, in a word, mould her in the image and interests of the dominant society with caricatured conceptions and deformed misrepresentations of her. They begin in this movie by denying and reductively translating her agency, her capacity and will to act, and her awesome achievement against overwhelming odds. They ask us to believe that her seizures and visions are a substitute for her insight, knowledge, skill, strategic planning, organizing and leadership capacity.

But Harriet Tubman is not defined by her seizures, but by her courage, commitment and capacity as liberator and leader, freedom fighter and all-seasoned soldier, nurse, teacher, abolitionist, lecturer, and advocate and activist for human, civil and women’s rights. She is brilliant in her mastering the lay of the land, measuring the strength and weakness of the enemy, making and seizing every opportunity to out strategize the enemy in order to free herself and others without ever losing a person or being captured herself. She had to study, develop and keep current knowledge of fields and forest, the weather, waterways and pathways, places of concealment and camouflage, the rounds and placement of patrols, safe and unsafe routes, preferable trails to travel, safe houses, contacts, rest stops and all else in the Underground Railroad and her liberational project. And this could have offered a rich and rewarding treasury of complex and compelling images of life and struggle that could have been the subject matter and material for an excellent film of Africans and any people.

For Harriet Tubman was indeed a freedom fighter who “had reasoned” that she had “the right to liberty or death” and that she would “go free or die.” And she committed herself to fight for freedom “as long as (her) strength lasted,” and was willing to give every drop of her blood and every measure of her strength and mind to free her people. And she continued to wage this righteous and relentless struggle even after the Holocaust of enslavement in her defense and support of the poor and vulnerable and other initiatives to secure rights and expand the realm of freedom and justice in this land marked by limitations, lies and illusions about both.