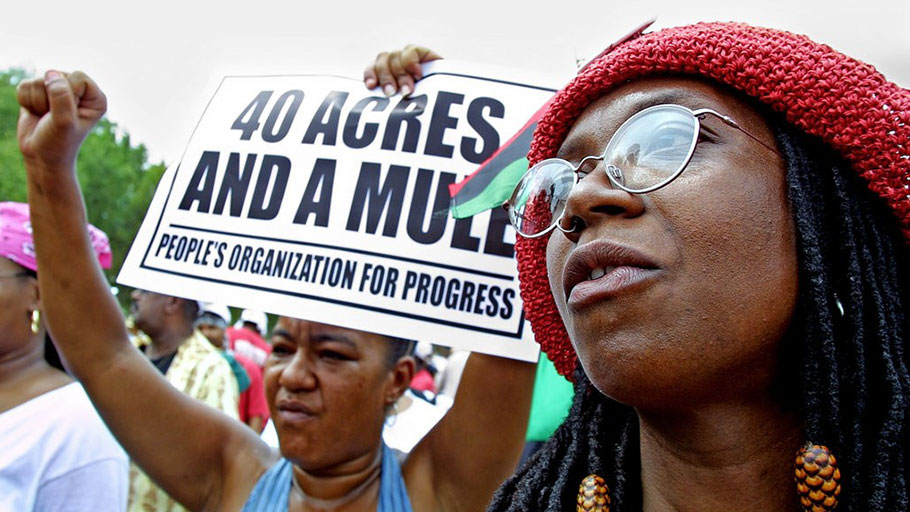 Reparations: A Conversation Worth Having

You Are Here: Home » Blog » Commentaries/Opinions » Reparations: A Conversation Worth Having

The debate on when it is relevant to apologize and pay reparations for misdeeds and human rights violations tells us that the past is never dead.

MEXICO CITY — Three weeks ago and 500 years after the arrival of Hernán Cortés in Veracruz, President Andrés Manuel López Obrador of Mexico sent a letter to the king of Spain. In it, he demanded an apology for the abuses inflicted on the indigenous peoples of Mexico by Spain, in view of what the Spaniards now consider “human rights violations.”

And last week the prime minister of Belgium apologized in Parliament for the kidnapping, deportation and forced adoption of thousands of children born to mixed-race couples in its former African colonies.

National apologies for misdeeds, crimes and odious behavior are not new. The West German government of Konrad Adenauer paid billions in reparations to the state of Israel and Jewish people for Nazi crimes. Former President Jacques Chirac of France apologized for deporting thousands of Jews to Nazi death camps.

The reparations debate in the United States continues. A bill known as H.R. 40 was introduced in the House of Representatives by Representative John Conyers every year from 1989 until his resignation in 2017. It called for a formal study of the impact of slavery on African-Americans living today and the development of a proposal for reparations, among other things. The bill was reintroduced this year by Representative Sheila Jackson Lee. Most recently, several contenders for the Democratic Party’s presidential nomination, most notably Elizabeth Warren, have expressed some level of support for reparations for the descendants of enslaved men and women.

What all of this tells us is that the past is never dead and that no matter how anachronistic some demands may seem, historical grievances abound.

The past five centuries of world history have featured conquests, plunder, torture, genocide, slavery, occupation and worse. The trend toward asking forgiveness and making reparations is overall a good thing. It acknowledges history while pointing a way forward, whether it be consolidating a national identity in Mexico, apologizing for atrocious colonial misdeeds in Africa or addressing inequality between blacks and whites in America.

The debate over the Spanish and Portuguese conquests of what is now called Latin America took on a new meaning after 1992, when the former colonial powers and former colonies met to revisit and discuss Columbus’s arrival in the New World.

The Mexican case is especially complicated. Several polls showed Mexicans disagreed on Mr. López Obrador’s call for an apology as well as the issue’s relevance. Historians also made several points against his stance.

First, the historians stated that Tenochtitlán, the Aztec capital, was captured thanks as much to Cortés’s allies among the other indigenous peoples of the time as to the Spaniards themselves. Then they recalled that the Aztecs were no choir children: They resorted to cannibalism, human sacrifice, local wars to subjugate other peoples and violent repression of their enemies. Finally, and most important, they noted that Mexicans have always held an ambivalent position on their own national identity.

During the past decades, children’s textbooks have implied that today’s inhabitants of Mexico are descended from indigenous people and not from the Spanish. The official narrative for more than a century now in Mexico is that it is the mestizo country par excellence. As the nameplate at the National Anthropology Museum and Tlatelolco Square, where the final defeat of the Aztecs occurred, proclaims, “Neither a victory nor a defeat, here took place the painful birth of the mestizo people that today is Mexico.”

There can be no “mestizaje” without both civilizations — the Spanish and the original peoples — taking part in it. However violent their encounter may have been, and acknowledging the brutal nature of the conquest, Mexicans seem to prefer to let sleeping dogs lie. While racism against indigenous minorities in Mexico is undeniable, and the country’s European-origin tiny minority frequently resorts to racist attitudes toward mestizos, an overwhelming majority of the people of Mexico are mestizos today. There are myriad things to fix in Mexico, but discrimination by mestizos against mestizos is not one of them.

Mr. López Obrador said in his letter to King Philip VI that he was not requesting reparations; the conquest cannot be repaired. The apology he demanded was immediately rejected by the government in Madrid, and in all likelihood, the entire affair will fade away. The Mexican president’s ploy was almost certainly demagogic in intent and motivation, invoking an anti-Spanish sentiment that he believes exists in Mexico, though polls suggest otherwise.

Mexico does not need an apology, because it has no conflict with Spain today. But beyond the Mexican populist gesture, and the debates in the United States, Europe and Canada, however, lies a conversation waiting to be held. There are challenges for other peoples and groups that require atonement or forgiveness in order to be addressed. In some cases, it can make an enormous difference, as with African-Americans, race and slavery in the United States. In others, it can disentangle complicated questions of national identity and victimization, as in Mexico. Reparations may be ultimately relevant only in some cases. But history is always relevant.

Jorge G. Castañeda, Mexico’s foreign minister from 2000 to 2003, is a professor at New York University and the author of “Utopia Unarmed: The Latin American Left After the Cold War.”