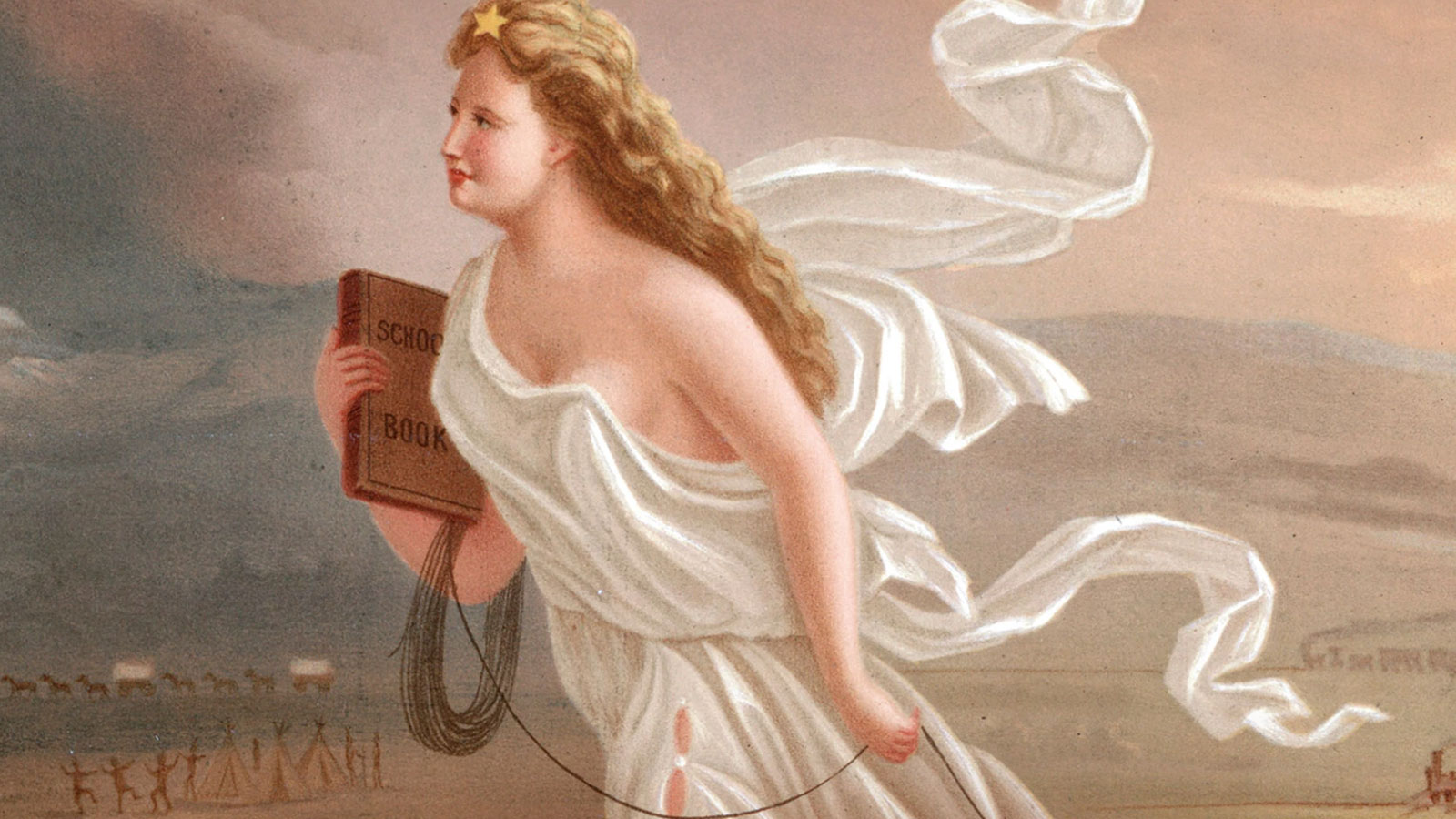 You Are Here: Home » Blog » Commentaries/Opinions » What reading 220 history textbooks taught one scholar about racism in America

By Olivia B. Waxman, Time —

At a time when there’s a national debate over critical race theory and how much of America’s worst moments should be taught in American schools, a new book seeks to provide some context for how history textbooks traditionally came to focus on the experiences of white Americans and downplay the experiences of Black Americans. 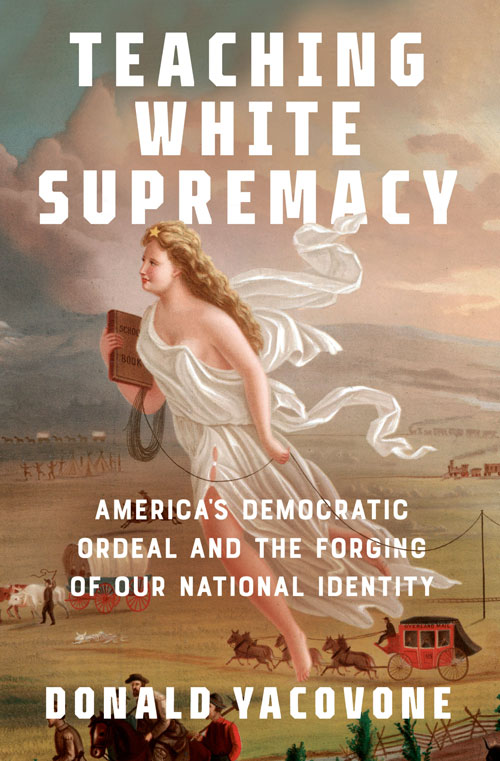 In Teaching White Supremacy: America’s Democratic Ordeal and the Forging of Our National Identity, out Sept. 27, Harvard University researcher Donald Yacovone analyzed 220 history textbooks from 1832 to the present day. Among his biggest takeaways, he found that textbooks mostly focused on national politics. Because African Americans were underrepresented in that arena, their stories were often left out. “There’s a very limited understanding of what history is,” Yacovone tells TIME.

Here, Yacovone talks about the most surprising bits of information he found in these textbooks, and how the books are a window into how America presents itself to the next generation of leaders.

TIME: Why did you decide to write a book on history textbooks?

YACOVONE: I don’t want people to think I’m some disaffected, leftover 60s radical who can’t stand America and is out to get it. That’s not me. And that’s not how this book happened. It was completely by mistake. I was writing another book. I needed just a brief respite, so I decided to go over to the Gutman Library at the School of Education at Harvard and examine a couple of history textbooks to see how they dealt with the abolitionists. Well, I had no idea what I was walking into. I went to the now defunct Special Collections Division at the library, and the head of the department, Rebecca Martin, introduced me to their collection of textbooks—over 3,000. And I was just stunned. I had no idea they had this collection.

Overall, did you find a recurring theme throughout these textbooks?

The overwhelming majority of them treated the introduction of African Americans in American society as a “problem.” The further you go into the 20th century, this almost Evangelical theme of “the problem of a Negro” and how much he needed to be controlled because he was so inept and ignorant became the guiding theme of American history textbooks. After going through this whole collection, I thought, “Wow. This really isn’t a study of textbooks. It’s a study of national identity because the purpose of textbooks is to acculturate younger people into American ideals, American destiny, and what is valued and honored by Americans.” And what these books were saying well into the 1960s was that it’s a white man’s world.

How did these textbooks distort facts about historical events?

Textbooks in the early 20th century said Reconstruction was a gross error, that it tried to elevate Black people who did not have the intellectual ability to govern, to participate in society. They needed to be dominated. This becomes the overwhelming theme of almost every single textbook from 1900 until the 1960s. 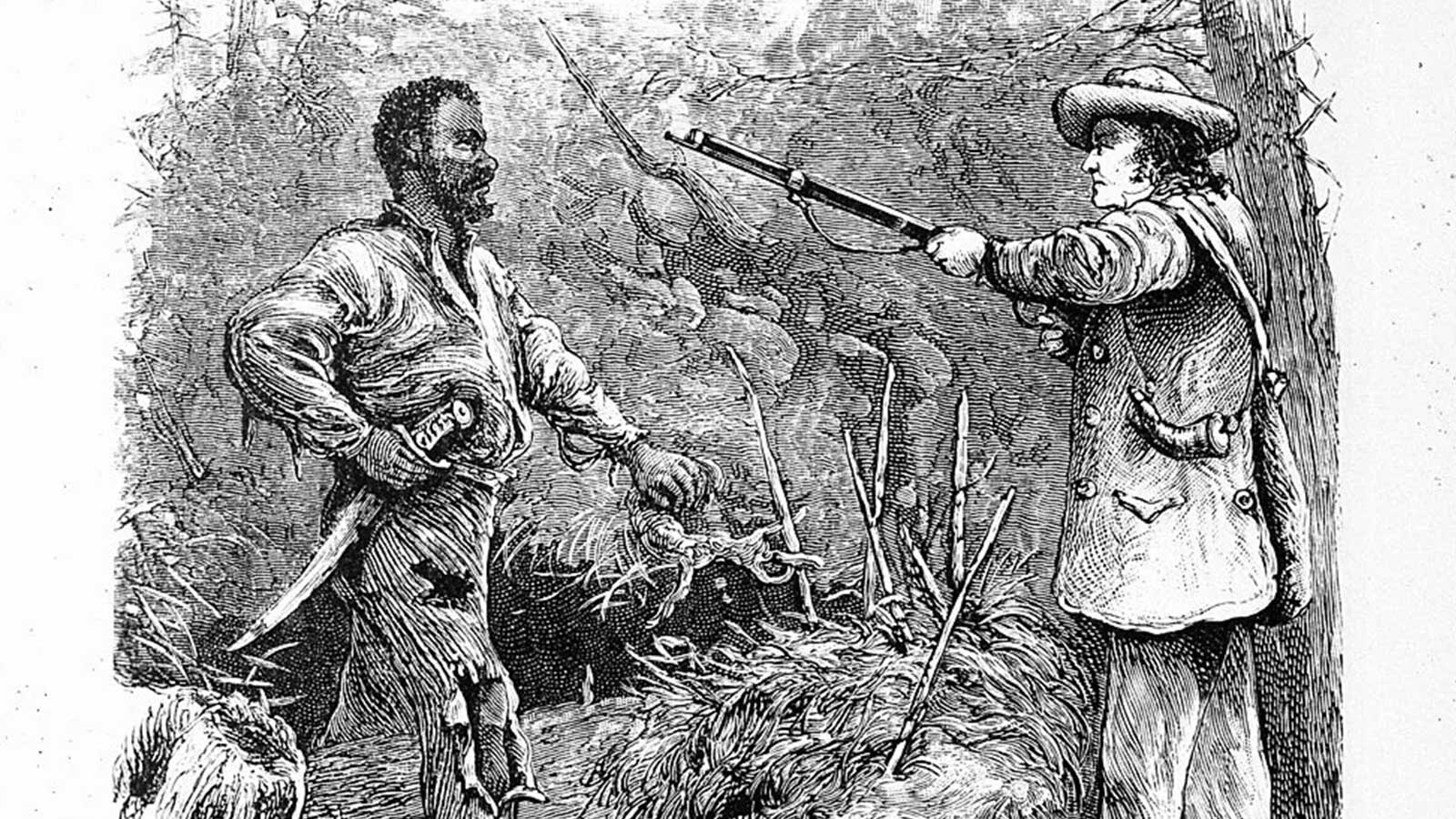 A circa 1831 illustration of the discovery of Nat Turner, who led an uprising of enslaved people in August 1831. (MPI—Getty Images)

Nat Turner [who led a rebellion of enslaved people in Virginia] is either a legitimate expression of resistance to enslavement, or the obvious threat to white domination. John Brown [who initiated a raid with abolitionists on the U.S. arsenal at Harpers Ferry] is either an incendiary, insane anarchist who caused the Civil War, or he’s a heroic figure who represents the impossibility of slavery continuing. The overwhelming number of textbooks clearly depicted him as crazed, lethal and a threat to the Republic—the single most important cause of the Civil War. So the shift is being made from blaming the South’s defense of slavery for the Civil War to Northern agitation, particularly John Brown, for causing the Civil War.

You feature a 19th-century New York editor named John H. Van Evrie, often called “the nation’s first professional racist.” Why did you focus on him in your book?

After I had gone through white supremacist attitudes in all of these textbooks, I said, where does it come from? I spent a whole summer reading digitized newspapers and found references to Van Evrie all over the country. In one year alone, he ran advertisements in 1,400 different American newspapers. He created a small empire in Manhattan, where he published his own books, innumerable pamphlets, poetry, and two newspapers, which reached thousands of people. His major theme was the necessity of having the African in American society because he was, according to Van Evrie, born to do the white man’s work. He was designed by God and nature to do the white man’s work. The textbooks that I read bore out everything he argued.

What myths did you set out to debunk with this book?

The central one would be northern responsibility for the creation of white supremacy. It’s not a southern creation; it’s a white northern creation. It is an American problem. A majority of Americans live outside the South, not in the South. The publishing industry grew up in Boston, New York, and then a little later, in Chicago. Those cities dominated the distribution system. Over 90% of the authors who wrote these textbooks were northern-born or certainly northern trained at northern universities.

A lot of people believe the Lost Cause narrative—the myth that the Civil War was fought for states’ rights not slavery—came from the South, but your book shows that publishing houses in the North put out a lot of books about the Lost Cause of the Confederacy.

I was actually stunned when I discovered that the first expression of Lost Cause ideology didn’t even come out of the South; it came out of the North. The Daughters of the Confederacy, famed for its promotion of the Lost Cause and segregation—well, guess what? Whom did they reprint? John H. Van Evrie.

How does your book provide context for the controversy over whether critical race theory is taught in schools?

The Trumpers have created this thing, which doesn’t really exist, to be a substitute for discussing race and racism. They don’t want that. This is indicative of the psychic crisis that many white Americans are undergoing because of the transformation of American culture. And one of the major reactions is this resistance to the teaching of the past. This is not stuff that’s made up. Slavery is real. Racial domination is real. But they’re doing their best to deny it, to affirm the innocence of whiteness. And it’s not going to work.